Some stars have to wait years before expecting babies after experiencing miscarriage, while others are lucky enough to be blessed with babies just months after.

AceShowbiz -Celebrities often get candid about how heartbreaking it is to lose their babies. Fortunately, some of them were blessed with “rainbow babies” and they were quick to share the excitement with fans on social media.

Some stars have to wait years before expecting babies after experiencing miscarriage. Some others are lucky enough to be blessed with babies just months following the heartbreaking moment.

Find out the happy celebrity couples who celebrate their rainbow babies on social media. 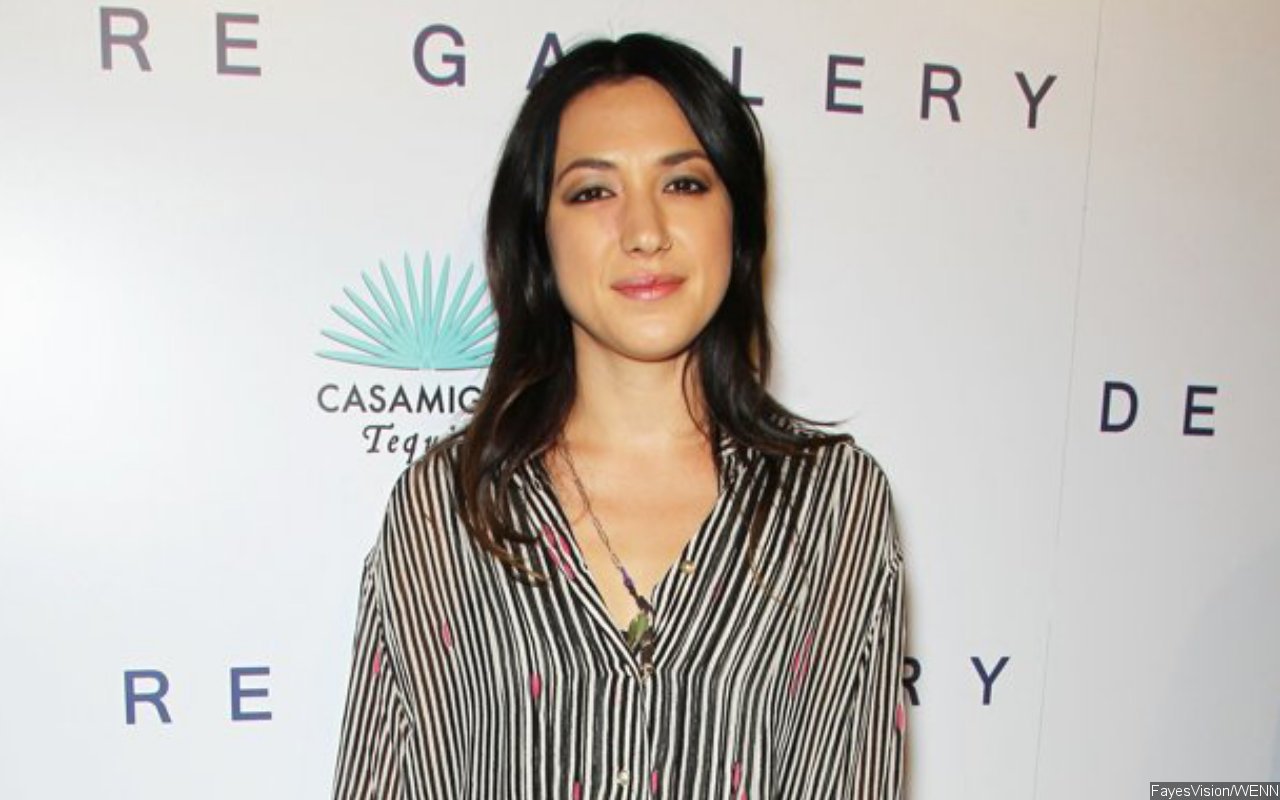 Michelle Branch is one of the most recent stars who announced that she’s pregnant again after suffering a miscarriage. The 38-year-old “All You Wanted” singer shared the exciting news on Augus 15, writing a sweet message on Instagram. “You know you’re pregnant when… Woke up to a picture my friend Sonya sent of scones she was eating in England and I immediately had to hop out of bed and make a batch myself,” she penned alongside a picture of freshly baked scones.

Michelle, who lost her baby in last December, added, “@officerpatrickcarney was my hero (as usual) and went to the market in search of double cream. Couldn’t be more excited (and nervous! Hello, pregnancy after miscarriage anyone?!) to announce baby Carney is coming early 2022! *recipe is @nigellalawson, duh.” 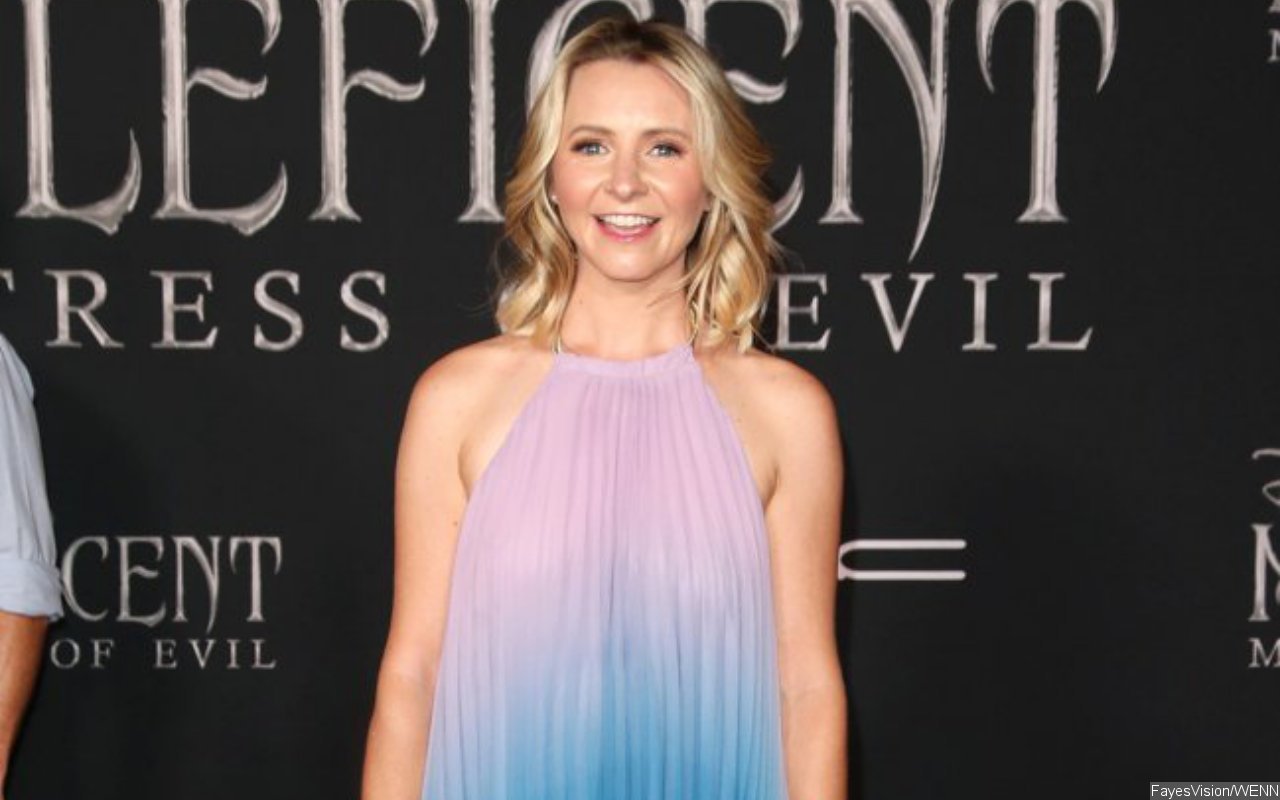 Also having a rainbow baby is Beverley Mitchell. The “7th Heaven” star welcomed her third child with husband Michael Cameron in July 2020. Announcing the news of the arrival of their daughter, the happy couple penned, “Happy to share with the world our sweet little girl, Mayzel Josephine. She has captured our hearts and we couldn’t love her more!”

Beverly shared the news of her pregnancy in March, revealing that she and husband Michael “finally got our gold at the end of the rainbow!!!!” The actress, who previously miscarriaged her twins, continued revealing, “We are pregnant with our rainbow baby! … The road hasn’t always been easy but it is so worth it!” 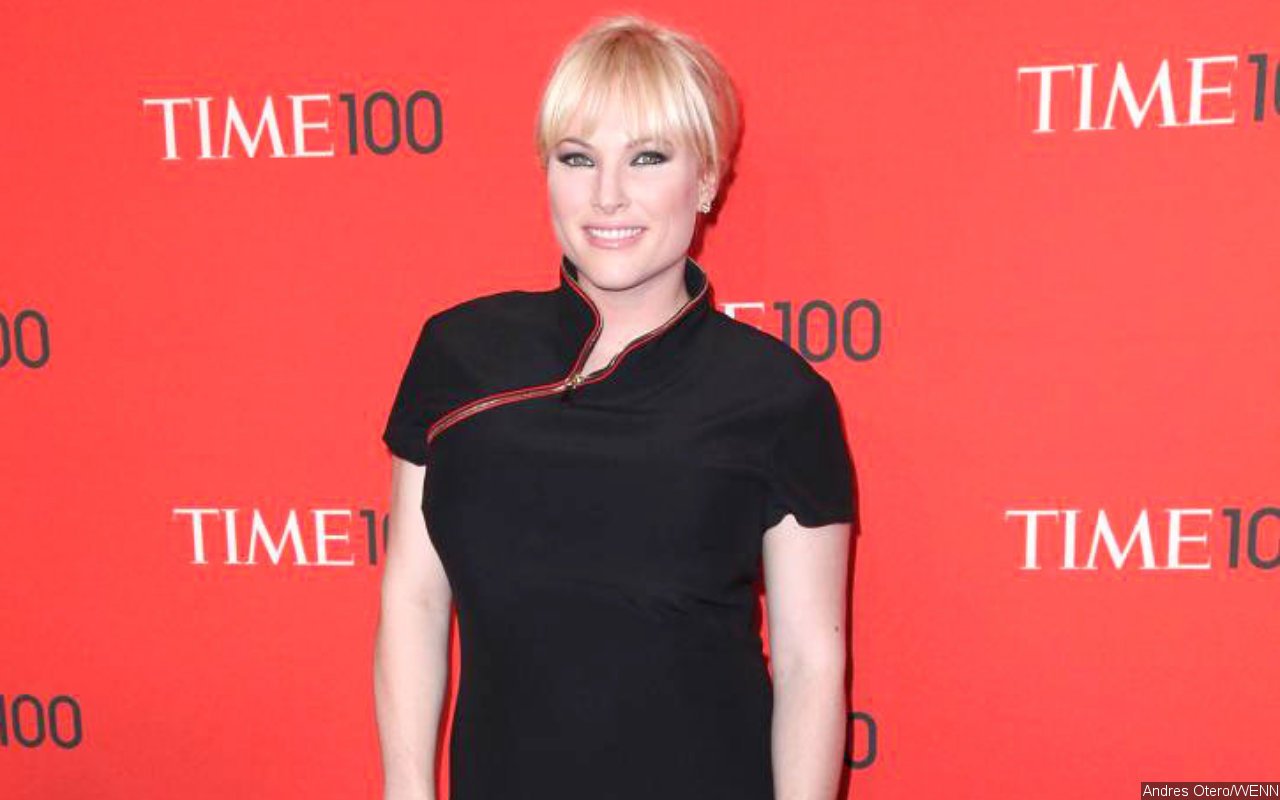 Meghan McCain‘s journey to motherhood wasn’t easy as well. The former “The View” co-host took to her social media account in March 2020 to share the news that she was pregnant with her and husband Ben Domenech’s first child after miscarriage. Admitting that they were “blessed to find out” she’s expecting a child, the TV personality said, “Although this isn’t how I expected to announce my pregnancy, both we and our families are excited to share the news with you all.”

The happy news arrived eight months after McCain wrote an op-ed for The New York Times in which she revealed she suffered a miscarriage. “I had a miscarriage. I loved my baby, and I always will. To the end of my days I will remember this child — and whatever children come will not obscure that,” she opened up. Meghan and Ben welcomed their daughter on September 28, 2020, writing in the announcement, “Ben and I are completely and utterly in love with our daughter and feeling indescribably blessed/blissed out.” 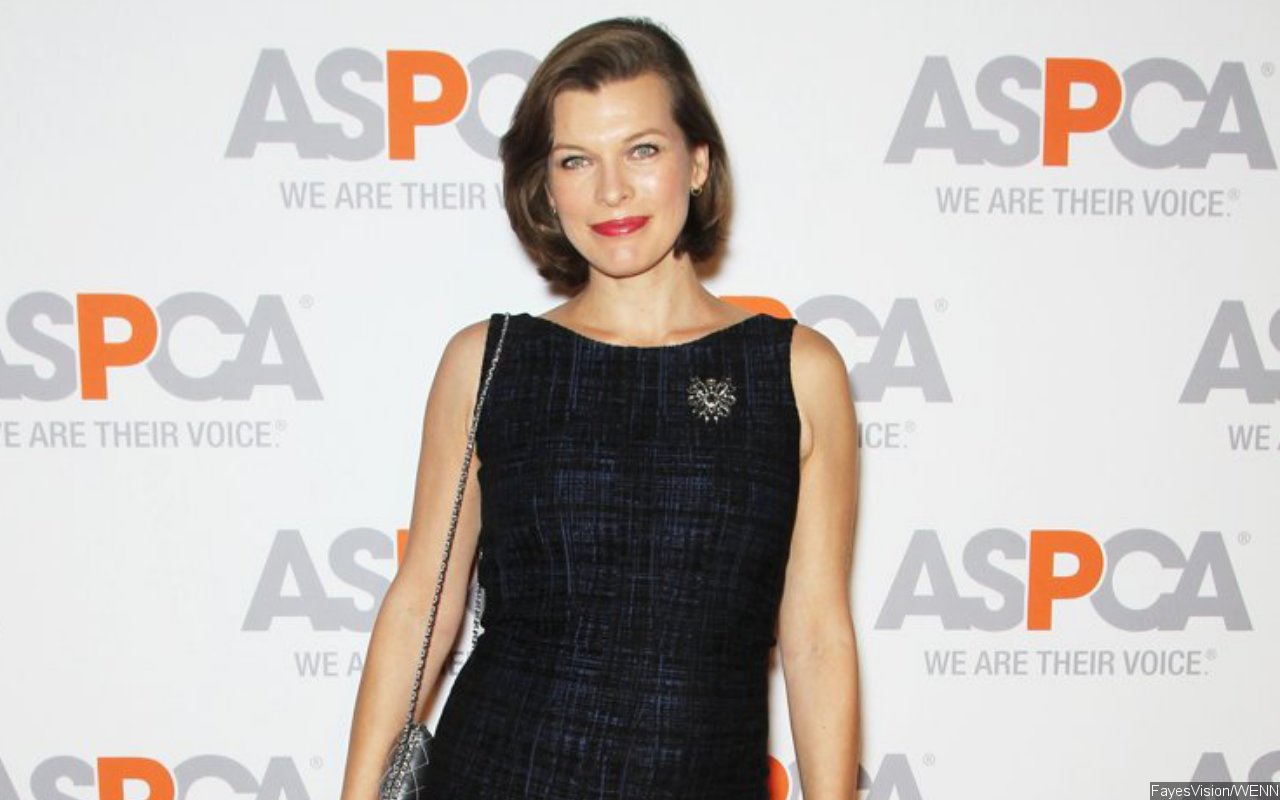 A rainbow baby also came to Milla Jovovich, who suffered a “horrific” emergency abortion in 2017. The 43-year-old star revealed her pregnancy in an Instagram post in August 2019, though she admitted that it gave her mixed feelings. “After I found out I was pregnant 13 weeks ago, I had a mixture of feelings ranging between complete joy and utter terror,” she shared. “Because of my age and losing the last pregnancy I didn’t want to get attached to this potential baby too quickly.”

The actress shared that she’d been visiting doctors and taking a “slew of different test results,” describing the time as “living on pins and needles.” She continued, “Thank goodness we’re in the clear AND we found out that we’ve been blessed with another girl! Anyway, wish me and my baby luck!” The “Resident Evil” star gave birth to a daughter named Osian Lark Elliot Jovovich-Anderson in February the next year. 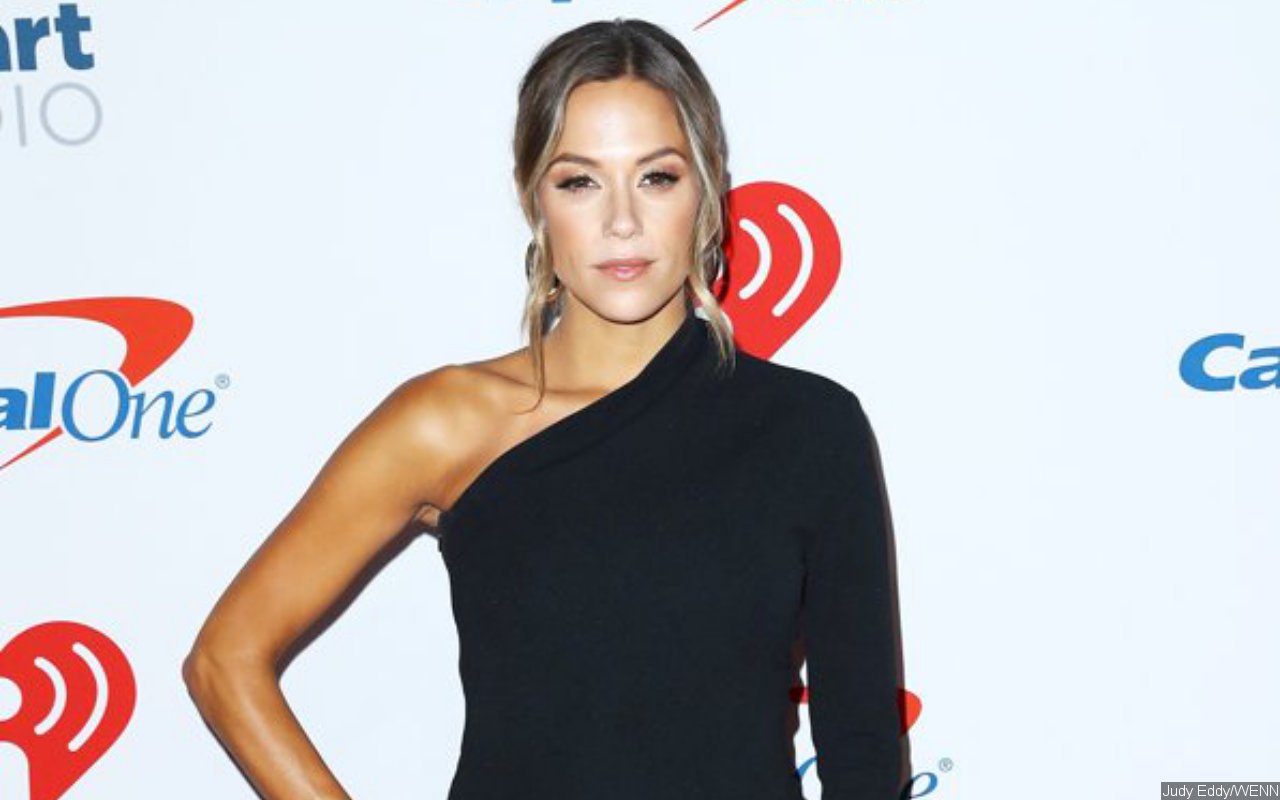 Jana Kramer was blessed with a rainbow baby after multiple miscarriages. The former “One Tree Hill” actress took to her social media accounts in June 2018 to share that she and husband Mike Caussin were expecting a baby. “Surprise! We have a rainbow baby on the way & couldn’t be more excited! Jolie is going to be a big sister & we’re becoming a family of 4!” Jana wrote.

In December 2017, Jana opened up about losing her baby in a lengthy Instagram post. “I don’t want I’m sorry or sympathy. I just don’t want to feel alone. And I know I’m not. This unfortunately isn’t my first loss,” the singer shared, adding, “You don’t need to feel alone and maybe that’s me talking to myself but if you need a place to share, I’m here for you…and all of us are (and guys too. We sometimes silence your voice because you feel bad to express how it’s made u feel so let this be a safe place for you too).” Jana and Mike welcomed a healthy baby boy named Jace Joseph Caussin in November 2018. 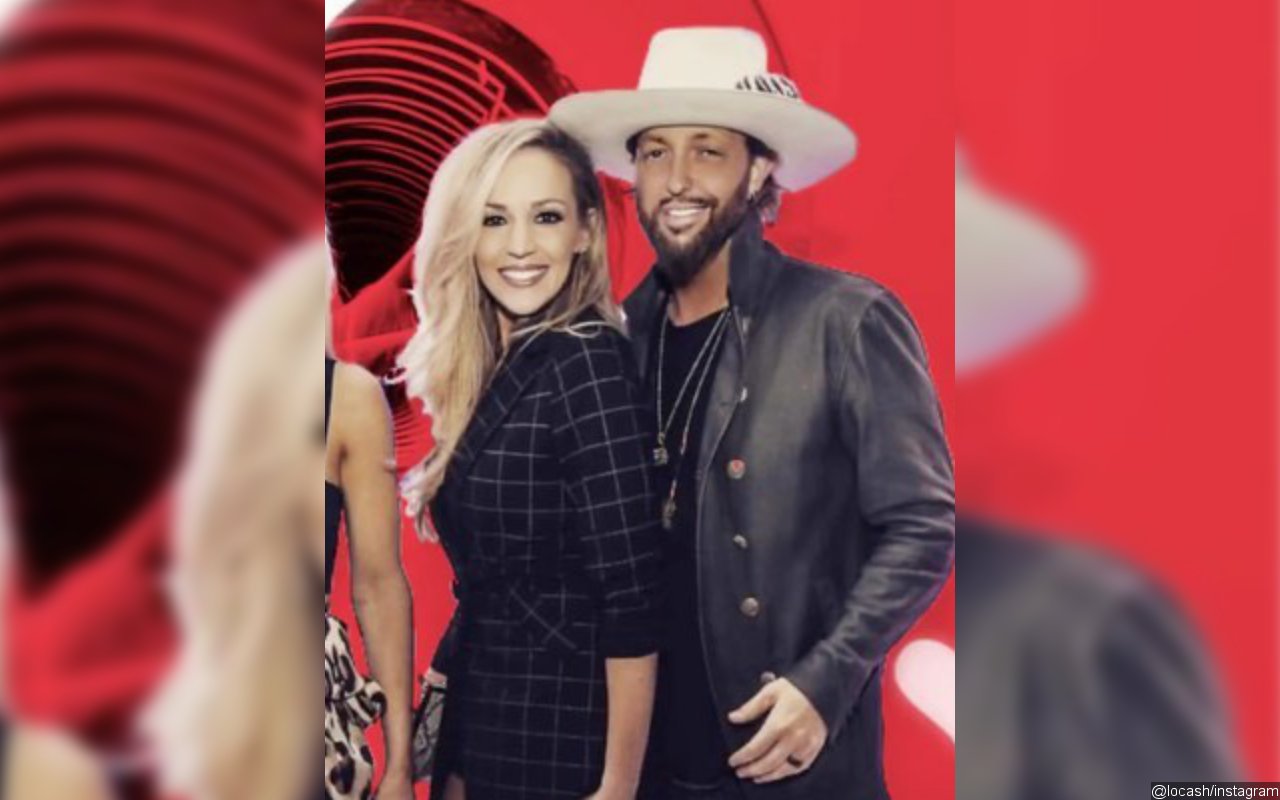 Preston Burst and his wife Kristen also celebrated their “sweetest rainbow baby” in 2018. The couple announced in April of that year that they were expecting their second child together after Kristen had miscarriage a year before. “With full hearts, we’re excited to announce we have a new roommate movin’ in this #August! #AugustBaby #ItsALeo,” the happy couple announced on Instagram.

The happy news arrived after heartbreaking moment when they lost a baby in January 2017 at 12 weeks. “I can’t help but hurt for myself and for everyone of you reading this that know those tender horrific moments so intimately. or those that have watched someone you love lose in such a tremendous way,” Kristen wrote in a blog post at the time. 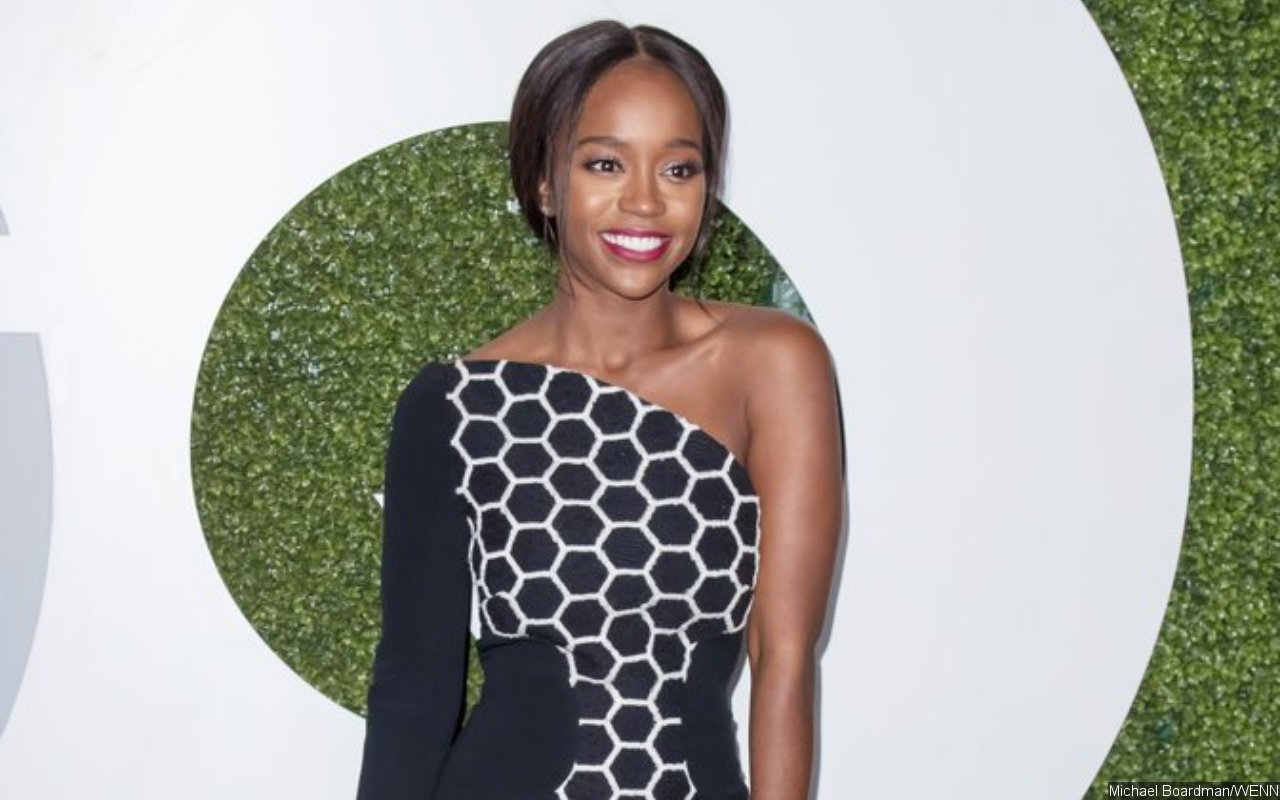 Aja Naomi King had her own story with her rainbow baby. The actress surprised fans as she announced that she was expecting a baby following two miscarriages. In a lengthy post in March, the “How to Get Away with Murder” star introduced her “beautiful little rainbow baby.”

“I suffered two miscarriages and even now trying to capture what it felt like in words is simply absurd to me because I will never have language enough for it,” Aja shared. She admitted that despite the blessing, she was also in fear. “And I won’t lie, it’s been hard to not carry my fear with me throughout this pregnancy. To believe that it’s real and that this baby will be okay. That this beautiful gift will remain. But I try to not ignore the facts, and the facts are that I am healthy and my baby is healthy, my baby is growing and now kicking and constantly reminding me of their very real presence within me,” she said. 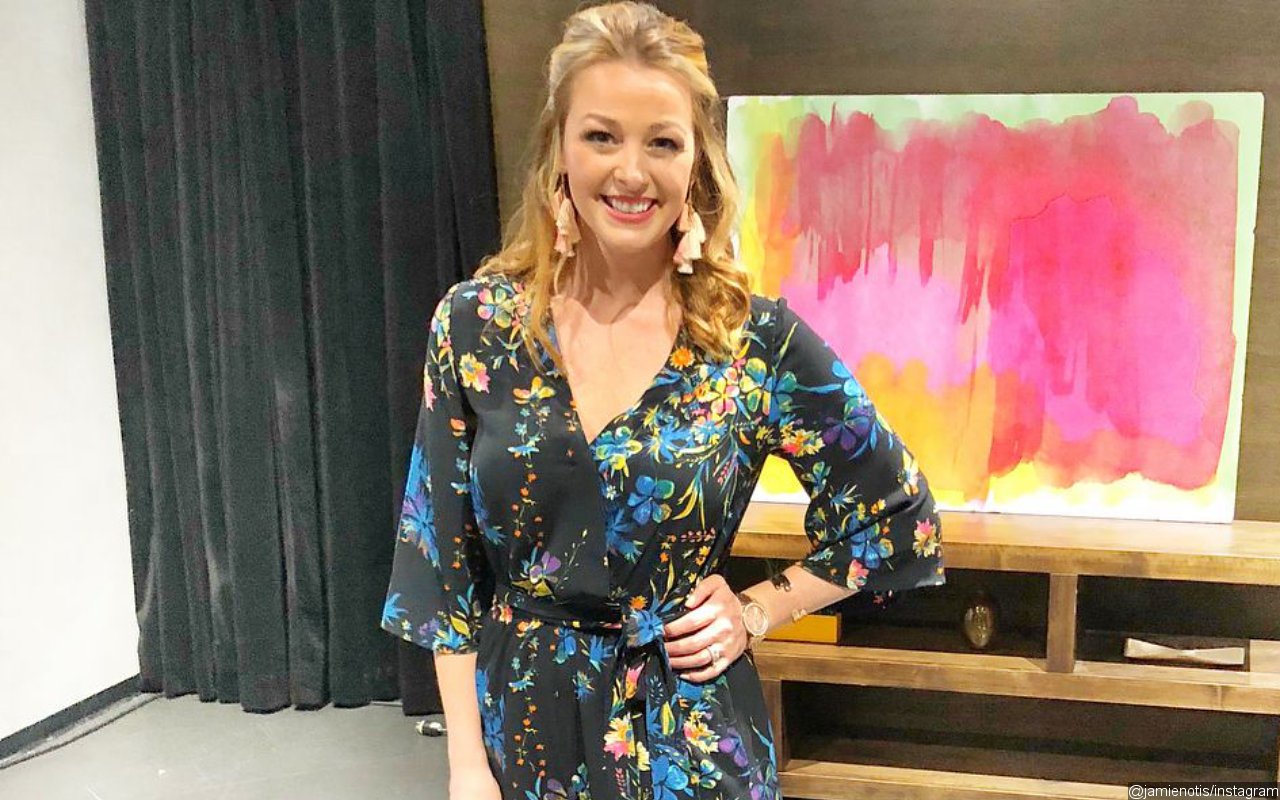 “Married at First Sight” star Jamie Otis announced her second pregnancy in September 2019. Sharing a picture of her holding back her tears as she showed off a sonogram picture with her husband Doug Hehner, Jamie wrote on Instagram, “We went to the fertility specialist and found out WE ARE PREGNANT!!! I cannot even believe it!…after 18 long, painful months, two losses and negative after negative on the pregnancy tests we are *finally* pregnant again!”

“Of course I am being cautiously optimistic, but I have a feeling this little one is going to stick ….the only thing is, yesterday the nurse called and said my blood work came back a bit different than anticipated,” she went on to say. 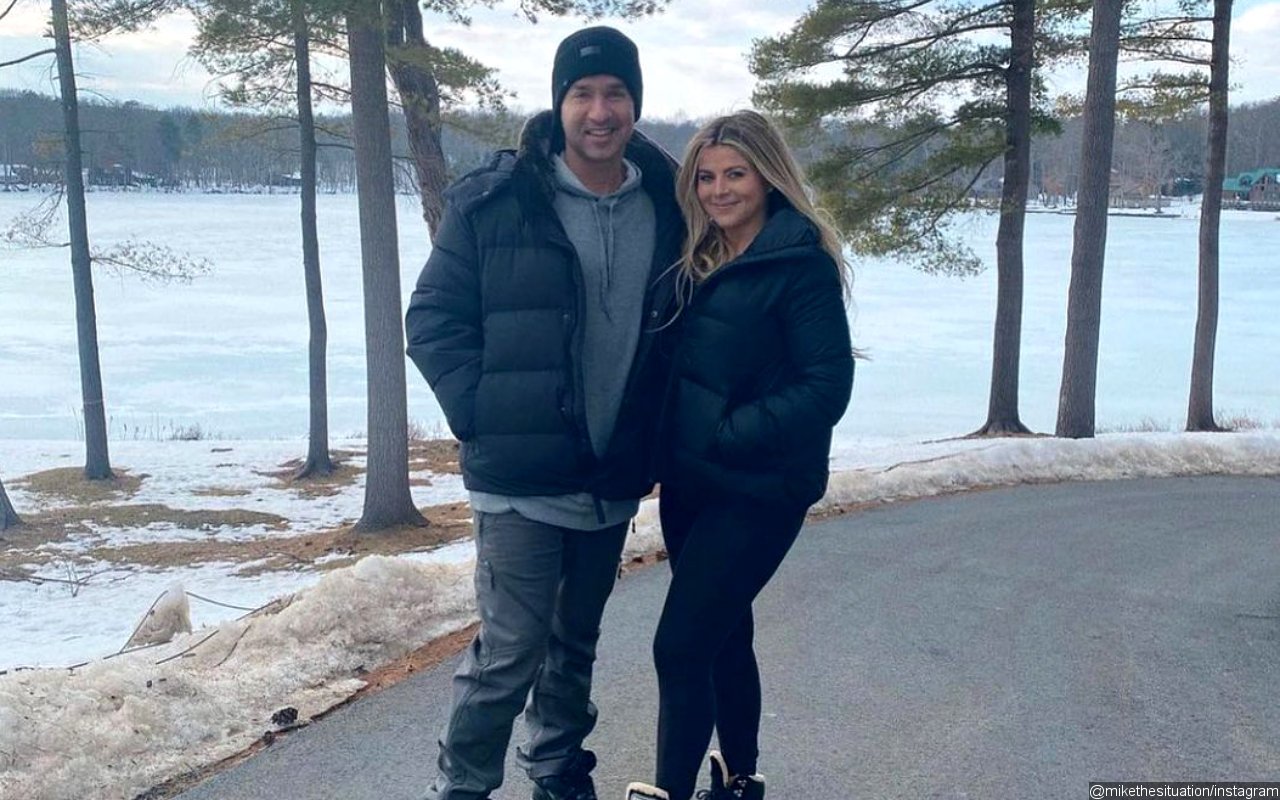 Mike Sorrentino and his wife Lauren Sorrentino welcomed their rainbow baby in May. They broke the happy news on Instagram as the happy parents announced that their firstborn is named Romeo Reign Sorrentino.

Lauren got candid about her miscarriage during her November 2019 Good Morning America appearance. “At about six and half, seven weeks, I miscarried. It was heart-wrenching. When I found out we were pregnant, I felt like this is why we went through all these challenges for years and that this was our time and it was our blessing,” she admitted. “It was hard. It was really difficult. I wanted to share it for other people going through it and just be honest so I can kind of heal through the process.” 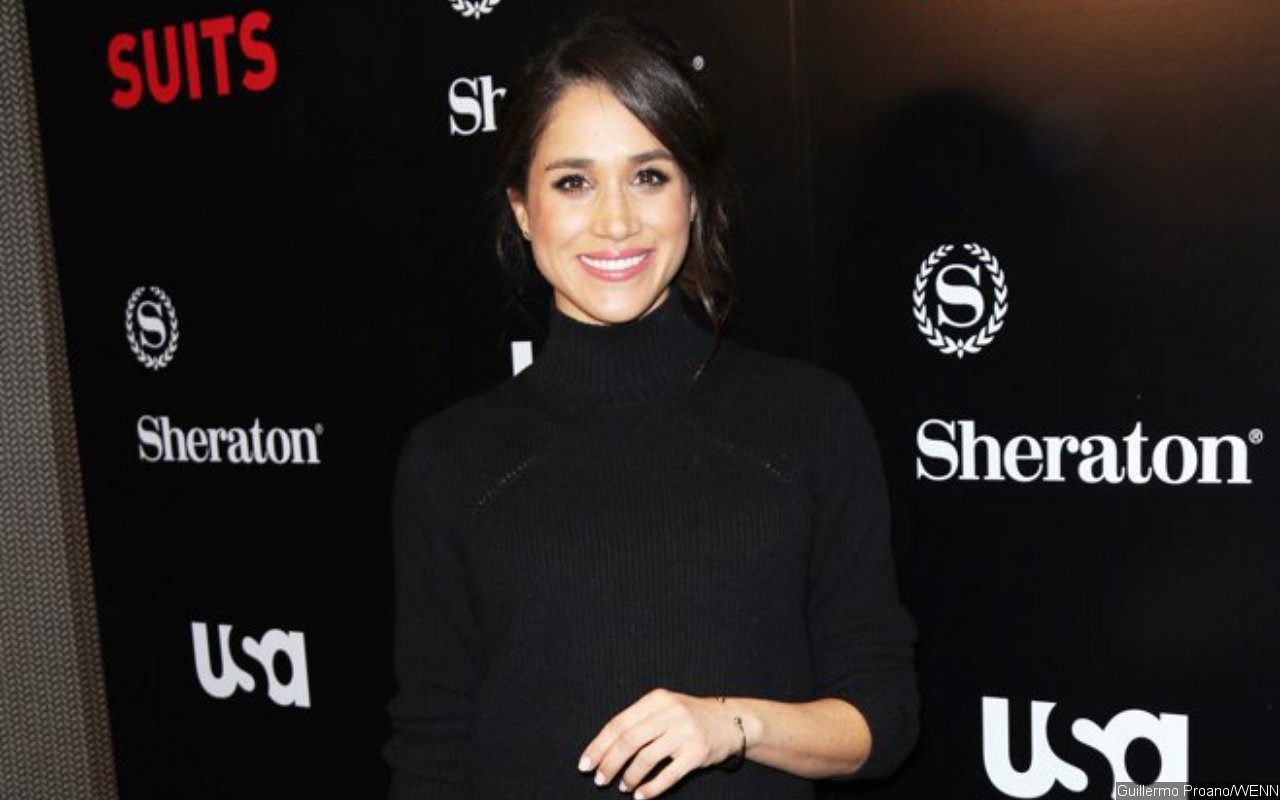 Meghan Markle and Prince Harry’s rainbow baby was announced in February, months after they suffered a miscarriage last July. A source close to the Duke and Duchess of Sussex claimed at the time that the parents of one were “hopeful that they would get pregnant again. And they were overjoyed that it happened so quickly.” Thankfully, things went smoothly this time as Meghan gave birth to their daughter in June.

Paying tribute to Harry’s grandmother Queen Elizabeth II and his late mom Princess Diana , the couple decided to name their girl Lilibet Diana Mountbatten-Windsor. “On June 4th, we were blessed with the arrival of our daughter, Lili. She is more than we could have ever imagined, and we remain grateful for the love and prayers we’ve felt from across the globe,” the couple said in a joint statement following the arrival of their second child. “Thank you for your continued kindness and support during this very special time for our family.”