Tamara Ecclestone, 38, has stated that she will pay up to £6 million for the recovery of her stolen belongings. In 2019, Tamara’s west London home was targeted by thieves who “ransacked every room” and stole jewellery and family heirlooms with a total value of £26 million.

When the burglary took place, Tamara was on holiday in Lapland with her husband Jay Rutland and their daughter.

The burglary has been dubbed the biggest in the UK and the homes of Frank and Christine Lampard and Vichai Srivaddhanaprabha were also targeted.

Tamara, the daughter of Bernie Ecclestone, took to Instagram on Sunday to inform followers that she has upped the reward in a desperate plea to get her valuables back.

She wrote: “The night that three masked men invaded my family home, ransacked every single room in the house and stole a lifetime’s worth of jewellery and family heirlooms. 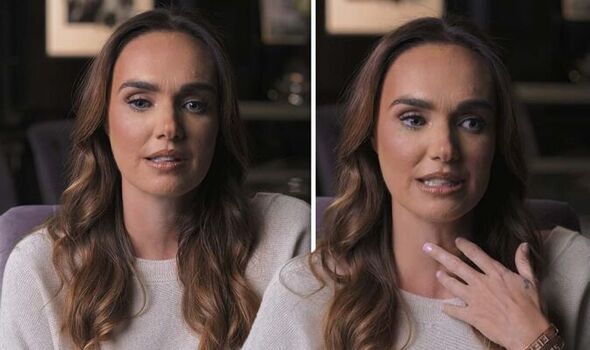 “Many things that were far more valuable to me than their monetary worth.”

Ms Ecclestone confessed that the incident “still traumatises” her family almost three years on and her daughter, Fifi, still asks “if the burglars are coming back” and struggles to sleep on her own.

Tamara continued: “The thought of those disgusting people rummaging through every room in my house, invading my home, touching my belongings and stealing some of the things most precious to me, mean I will never be able to lay my head to rest in that house with the same sense of security that I once had.”

Tamara also told her 459,000 followers that she did have security in her home at the time and was unable to claim insurance because the stolen belongings were excluded from her insurance policy.

In a plea to the public, the socialite says that while she has “accepted she will never likely see her stolen belongings again”, she is offering a reward of up to 25 percent of the value of anything that is able to be recovered.

She begged: “With the total value of the burglary being £26m, that’s a reward of up to £6m for anyone that can help me get back what is rightfully mine.”

In November, three Italians – Jugoslav Jovanovic, Alessandro Maltese, and Alessandro Donati – were jailed for 28 years after pleading guilty to conspiracy to burgle.

A fourth suspect has been identified as Daniel Vukovic who is believed to be on the run in Serbia, according to the BBC.

Tamara has also offered a reward of £250,000 to anyone that can deliver him to London police for questioning.

She raged: “This man thinks he can ride off into the sunset [allegedly] with all the spoils from robbing my family and I. Not so fast…

Inside Kate Middleton and Prince William's Country Home, Anmer Hall, Where They're Isolating