TALK OF THE TOWN: The family who helped find the tomb of Tutankhamun are snubbed by £1 billion gala on the boy king 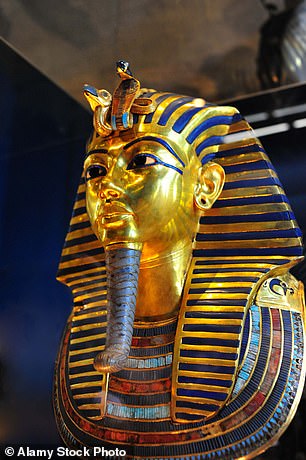 A £1bn museum to commemorate the discovery of the tomb of King Tutankhamun, whose mask is pictured, will not include the family of the man who made it all possible

The grand opening of a spectacular £1 billion museum to commemorate the centenary of the discovery of the tomb of King Tutankhamun will have one thing missing: the family of the man who made it all possible.

Notably absent from the current guest list of the three-day gala in Cairo next year will be Lord and Lady Carnarvon. Lord Carnarvon’s great-grandfather famously funded the expedition, led by archaeologist Howard Carter, which discovered the Pharaoh’s intact tomb.

He became one of the first people to witness the treasures inside the burial chamber in more than 3,000 years.

But astonishingly, Lord and Lady Carnarvon say they know nothing about the opening of the Grand Egyptian Museum, close to the Pyramids of Giza.

It will house the mummified body of the boy king, which will be taken from his tomb in Luxor and reunited with his iconic golden death mask for the first time since the discovery in 1922.

Lady Carnarvon, who lives at Highclere Castle, the setting for Downton Abbey, calls the snub a ‘great shame’, saying: ‘I have a lot of historic material I would like to share. 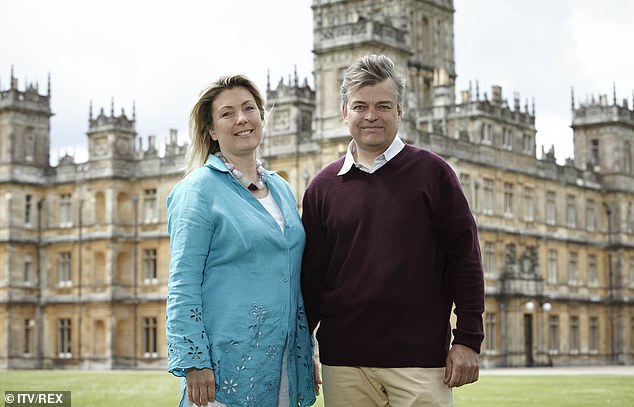 Lord and Lady Carnarvon, pictured, say they know nothing about the opening of the Grand Egyptian Museum, close to the Pyramids of Giza

‘Egypt is in my husband’s DNA and mine by association. I don’t know anything about a party or what’s going on because they haven’t reached out to us at all. It’s a great shame because the museum will be amazing and we would like to be there. I have fantastic photographs I have found from that era.’

In 1922, the 5th Earl of Carnarvon was present when Carter first peeped into the tomb. After Lord Carnarvon asked him what he could see, Carter famously replied: ‘Wonderful things.’

The first stone of the museum was laid way back in 2002 but the project has been beset by delays.

A spokesman for the museum was unavailable for comment.

Princess Anne’s decision to work from her Gatcombe Park home means delighted locals in the Cotswolds are finally enjoying some peace.

One neighbour tells me: ‘There used to an awful racket from her helicopter coming in and out all the time. Now it’s serenity.’

And when Anne does start flying again, how will she maintain social distancing within the aircraft?

Here are the artists, albums, and songs we couldn’t stop listening to this year