Home » Celebrities » Sydney McLaughlins Net Worth Might Surprise You 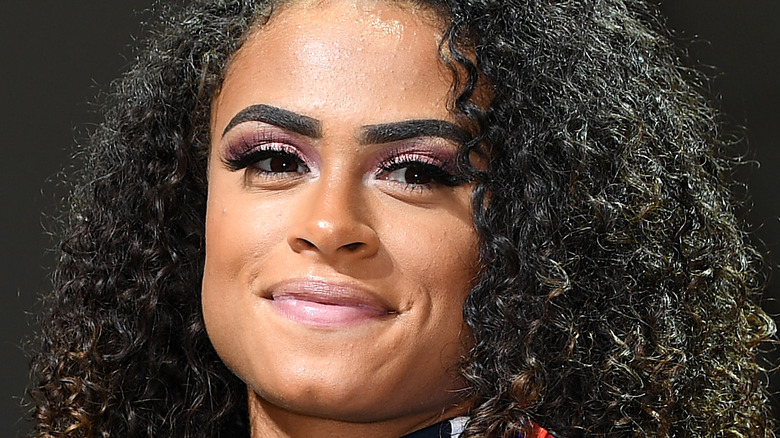 It surely pays to be an athlete. At just 21, Olympic athlete Sydney McLaughlin has amassed a large fortune from her talents and skill.

From a young age, McLaughlin has excelled academically in school as well as performing impressively in sports, specifically track and field. So much so that her success allowed her to stand out in a crowd quite effortlessly. She told L’Officiel that her parents signed her up for running at the age of six.

“Running was just fun,” she explained. ‘Winning for the first time and seeing how happy my parents were and getting rewarded with candy — I decided that’s what I wanted to do.” But no one could have predicted that her natural talent and hard work would lead to her becoming an Olympic-grade athlete.

As she got older, McLaughlin continued to run, collecting awards and accolades at nearly every single meet. It was at the age of 16 that her life changed forever, as she made her way to the U.S. Olympic Trials, a 10-day event that would determine if she could make Team USA – and spoiler, she made it!

So how much is the impressive athlete worth?

Sydney's net worth is more than you thought 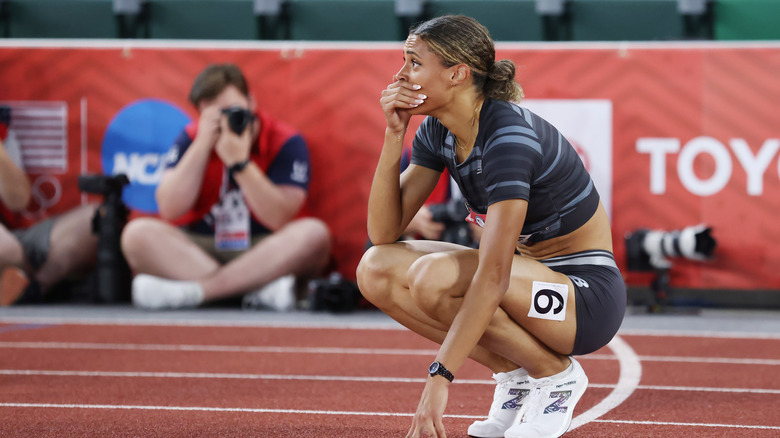 As it turns out, setting Olympic records is a pretty financially lucrative business. According to Celebrity Net Worth, Sydney McLaughlin predicts a whopping $2 million. In June 2021, the track star shocked spectators when she left the Track and Field 400-meter hurdles trials with a world record with a 51.90 seconds time. This means she qualifies to represent America at the Tokyo Olympics for the second time (via Sports Spectrum).

How much can an Olympic athlete expect to make as a result of their athlete prowess? Well, according to USA Today, at this year’s Tokyo Olympics, U.S. athletes will earn $37,500 for each gold medal, $22,500 for silver, and $15,000 for bronze per the United States Olympic and Paralympic Committee.

Olympians can make some pretty big bucks from endorsements, as well. In fact, this is where the majority of their funds come from. Companies such as Poland Springs, Kellogg, Wheaties, and DayQuil have profited greatly on using Olympians as advertisement space during one of the most viewed sporting events of all time (via boston.com). And indeed, the athletes profit just as much. Snowboarder Shaun White is one of the highest paid Olympians in the world, having made an impressive $20 million from endorsement deals (via Money).

As for McLaughlin, she has collaborated with New Balance to make a line of apparel (via Self) as well as luxury watch company Tag Heuer. Based on her incredible success, we can only imagine that the endorsement deals will continue to roll in for the young athlete.

Kourtney Kardashian to Scott Disick: Sofia is Too YOUNG to Be Your Wife!!