Adam Peaty is the the sixth contestant to be eliminated from Strictly Come Dancing after facing Tilly Ramsay in the dreaded dance off.

Adam and his partner Katya Jones performed their Jive to Little Bitty Pretty One by Frankie Lymon & The Teenagers, while Tilly and her partner Nikita Kuzmin performed their Tango to Kings & Queens by Ava Max.

Both pairings were attempting to impress the judges and remain in the competition, but it was ultimately Adam and Katya who were given their marching orders. 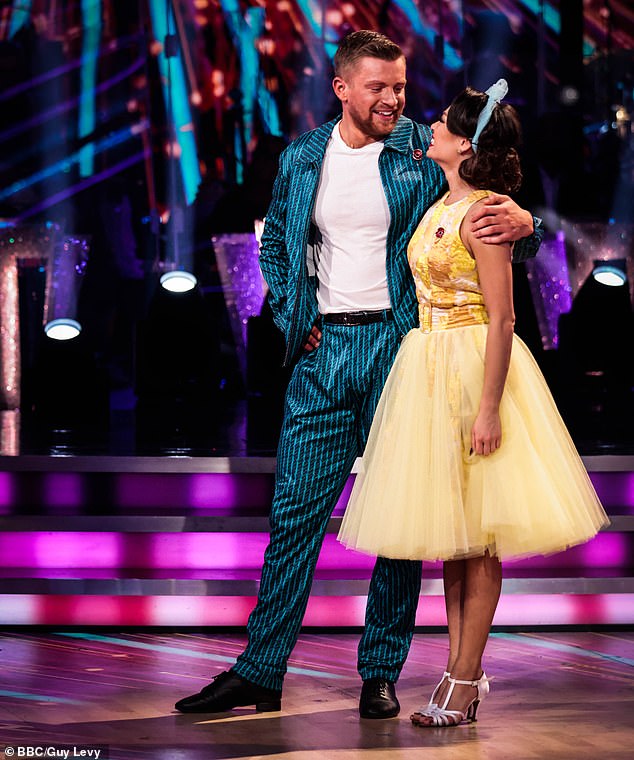 Farewell: Adam Peaty is the the sixth contestant to be eliminated from Strictly Come Dancing after facing Tilly Ramsay in the dreaded dance off

Casting the first vote, Craig Revel Horwood chose to save Tilly and Nikita.

He said: ‘Firstly, I wouldn’t have put these couples in the bottom. That’s just me personally, but seeing they are there and I’ve got to choose, I’m finding it really difficult tonight and this isn’t like me.

Motsi Mabuse also chose to save Tilly and Nikita, adding:  ‘I mean, it has been a tough competition. All the couples have performed really, really well. 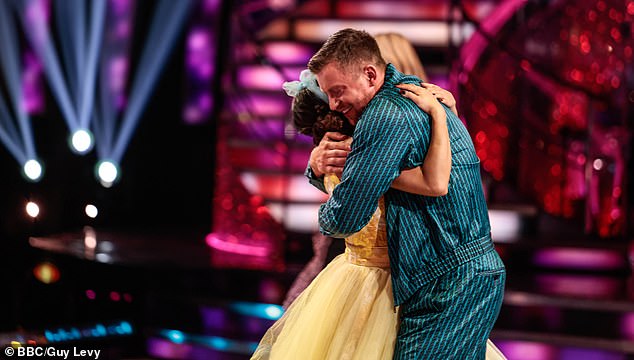 Thanks for everything: The Olympic swimmer embraced dance partner Katya Jones after hearing his fate on Sunday evening 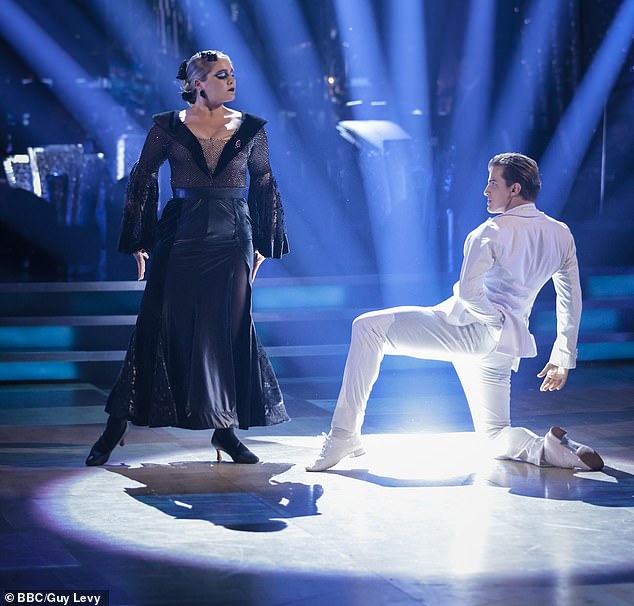 They’re through: Tilly and her partner Nikita Kuzmin survived for another week after performing their Tango to Kings & Queens by Ava Max

‘One of the biggest lessons I’ve ever learned while judging is music is key, and I think the couple for me that was more sound to the music is going to be Tilly and Nikita.’

Confirming the outcome, Anton Du Beke chose to save Tilly and Nikita.

He said: ‘Well, this was a great dance off. I’m delighted for both couples performing that well in the dance off. If you have a dance off, you want both people to dance really, really well and they both did. 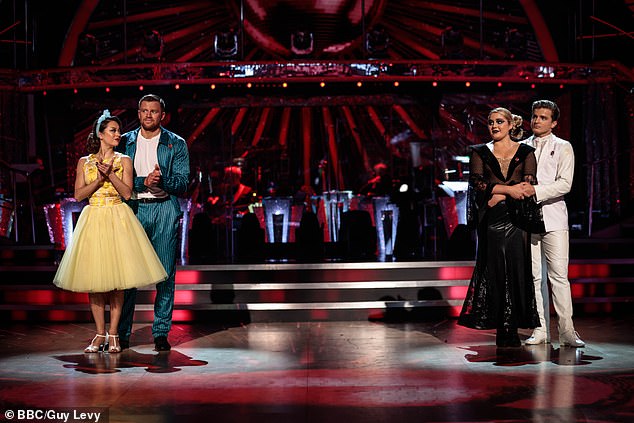 Here we go: There was tension in the studio as the two pairings waited for the judge’s verdict

‘I found it so equal I was desperate for something to happen to make me choose and there was a moment in one of the dances that made me decide and that was Tilly and Nikita.’

With three votes to Tilly and Nikita, it meant they had won the majority vote and would be leaving the competition regardless, however Head Judge Shirley Ballas said she would have decided to save Adam and Katya.

When asked by Tess about their time on the show, an exhausted Adam said: ‘I have absolutely loved every single challenge. I’ve never had a challenge like this.

‘As an Olympian for 16 years, I’ve pushed my body to places that I never thought it could be pushed. 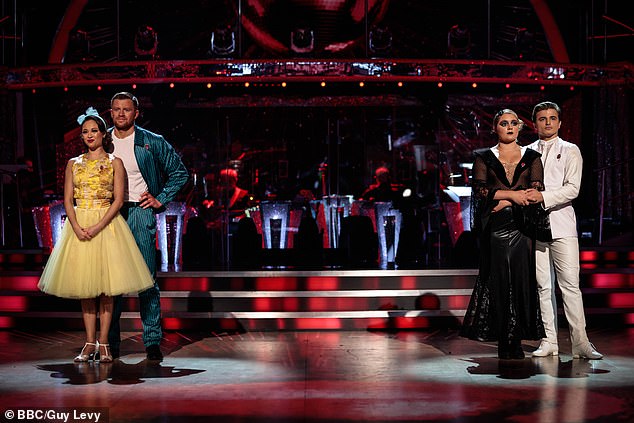 All over: With three votes to Tilly and Nikita, it meant they had won the majority vote and Adam and Katya were leaving the show

‘This is just a whole new ballgame and I’ve got so much respect for everyone that dances across the world and to all of these contestants and pros that put themselves on the line every single week, it’s just been a great experience.’

He continued: ‘I just want to say thank you to Katya, everyone behind the scenes, all the judges, wardrobe, make-up artists… absolutely everyone.’

Katya was then asked if she had any words for her partner and said: ‘I was not ready to be in this position today. But looking back, this is you, you have done all of this. None of us expected you to come from the Olympics. 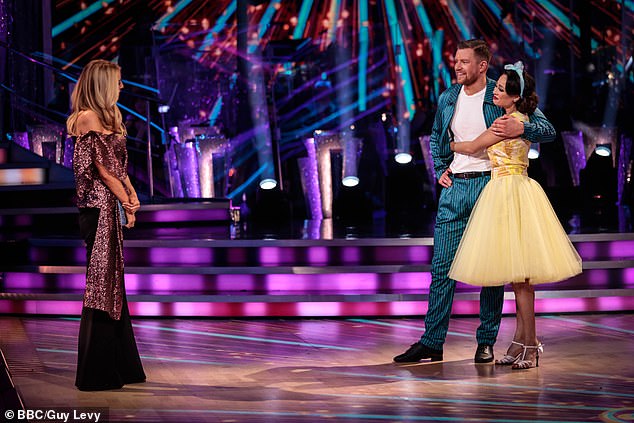 Challenge: ‘As an Olympian for 16 years, I’ve pushed my body to places that I never thought it could be pushed,’ said Adam after the judge’s cast their vote on Sunday evening

‘After the dance off, I looked at him and he had tears in his eyes. Someone who’s an absolute unbeatable machine that we see defending his titles for seven years non-stop, being emotional about dancing. I really think you deserve a lot more appreciation for what you’ve done and I was not ready for this.’

The Result Show opened with the ultimate Irish party with a jig from the Strictly professionals. There was also a very special music performance from The Script, who performed Superheroes.

The remaining couples will take to the dancefloor next when Strictly Come Dancing returns on Saturday 13th November at 6:40pm, with the results show on Sunday 14th November at 7:20pm on BBC One.

Zendaya Says Timothee Chalamet Is ‘So Much Fun To Be Around’