Gigi Hadid and Leonardo DiCaprio are still dating, and if you’re politely wondering about their relationship, we have some fresh new info that sheds light on their connection. Starting with the fact that Gigi, 27, apparently loves that Leonardo, 48, is so understanding her busy schedule as a mom. Meanwhile, he likes how mature she is.

“Gigi keeps spending time with Leo in NYC. He is very understanding about her being a mom and works around her schedule to see her—it’s very sweet,” a source recently told People, adding that “Gigi is smitten” and Leo “is a gentleman and quite romantic.”

The couple (who were just photographed by paps on a date night in New York City) are eager to keep “things private,” and as a result “Gigi shares few details, but she very much enjoys seeing Leo.” 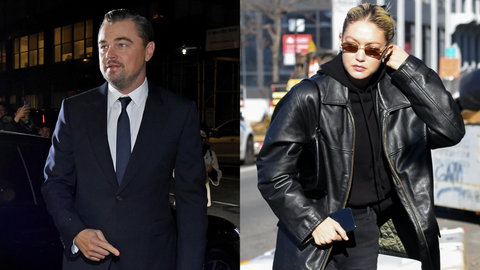 So, what else do we know? These two have been together since at least September, when a source told People that Leo “really likes that she has her life together,” and likes the fact that “she has a child and she’s mature.” The insider also noted that Leo “wants to be with someone who has the same idea of good causes and political views like he does.”

Reminder that Leo is semi-fresh off a breakup with Camila Morrone, who he parted ways with after more than four years of dating in August (right after she turned 25…just saying 🙃). Meanwhile, Gigi split up with Zayn Malik in October 2021, and they’re currently coparenting their two year old daughter Khai.