One of the heavier moments on Slothrust’s new album comes via Halestorm’s Lzzy Hale, and bandleader Leah Wellbaum shares how an Alfred Hitchcock film and a LA fire led to this pulse-pounding team-up.

Parallel Timeline, the new album from alt-rock band Slothrust and their first since 2018’s The Pact, only has one featured appearance, but it’s a doozy. In the middle of the group’s excellent new album, lead singer and bandleader Leah Wellbaum shares the spotlight with Lzzy Hale of modern rock juggernauts Halestorm. “The Next Curse” has these two powerful voices flicker like two flames from the internal and external blaze sung about in the song (“Earth’s gonna set on fire / But still I wait”). This moment, perhaps the loudest and grungiest on Parallel Timeline, becomes even more poignant after learning what went into the track’s creation.

“I have always been fascinated by the concept of the ‘pathetic fallacy,’” Leah tells HollywoodLife, “which is a term used for when an environment in literature mirrors the internal state of a character. This can be done with film scores as well. For the score for [Alfred] Hitchcock’s Vertigo, Bernard Herrmann uses the whole tone scale to mirror the experience of having vertigo— both lack a center of gravity, a core magnet that orients you home. I thought about this concept a lot for “The Next Curse.” The spoken part was written during this horrible fire in LA the first summer of the pandemic. I’ll never forget what the sun looked like that day.

Slothrust embraced a new direction on Parallel Timeline and created an album “without filler,” according to Treble Magazine. In this EXCLUSIVE interview, Leah shares the main difference between the band today and where they left off with 2018’s The Pact, how the ocean plays into the album’s overall theme, and the change she wants to see in rock in the coming years. 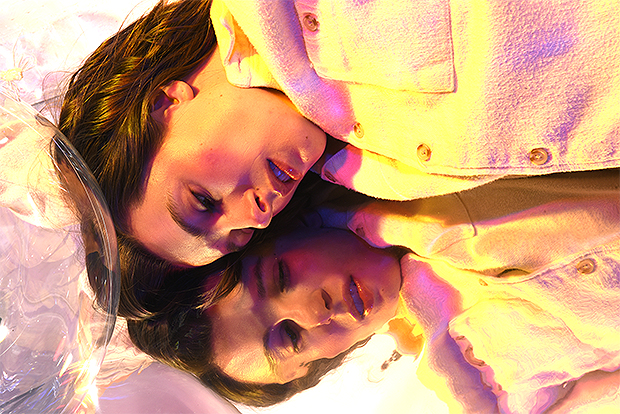 Parallel Timeline arrives three years after The Pact. A lot has changed since then, but what would you say is the most significant difference between 2018’s Slothrust and 2021’s Slothrust?

Leah Wellbaum: The biggest difference between the 2018 Slothrust live performance and our current show is that there are multiple moments in our show where I don’t play the guitar. It’s been freeing to move around the stage differently and to think about the show in a more dynamic way. I have been loving connecting with audiences with this new energy. I still play a ton of guitar solos, though [smile].

The title seems related to a common phrase – “We’re in the darkest timeline” – and I was curious, what was the inspiration behind this?

The title of this album, Parallel Timeline, was chosen long before the pandemic hit. It is a title meant to encourage listeners to question their reality and to consider how little it might take for everything to look and feel completely different.

Would you say there are some running themes on the ocean? In the singles – “Once More for the Ocean,” “Strange Astrology,” and “Cranium” – there appear to be recurring motifs of loss, longing, and searching (or, ironically, I might be reading too much into it.)

Definitely. The ocean has always been my #1 muse. I love that you read into the lyrics. I strive to write lyrics that are also poems, and hearing different people’s interpretations of them is a delight. We each live in a distinct reality, and we can only see through our limited lens. Our truths can be so different. Everyone will understand lyrics exactly as they are meant to hear them, and that is part of what I love about this life.

In August, you shared “The Next Curse,” your song with Lzzy Hale. Was this a bucket-list moment? And how did this collab come about – did you write the music and thought, ‘You know what this needs? Lzzy.’

“The Next Curse” is a song that revealed itself slowly to me over time. I started writing it with my friend Donna Missal, and we discussed it feeling like a “spell” and didn’t get much further than that. Once I spent more time with it alone, I realized it was not a spell but a curse. I have always been fascinated by the concept of the “pathetic fallacy,” which is a term used for when an environment in literature mirrors the internal state of a character. This can be done with film scores as well. For the score for Hitchcock’s Vertigo, Bernard Herrmann uses the whole tone scale to mirror the experience of having vertigo— both lack a center of gravity, a core magnet that orients you home. I thought about this concept a lot for “The Next Curse.” The spoken part was written during this horrible fire in LA the first summer of the pandemic. I’ll never forget what the sun looked like that day.

As soon as the song was done, I felt it called for a vocal harmony by a contrasting voice. Lzzy’s voice came to me immediately, and I am honored that she wanted to contribute. She is a truly powerful force and has such a loving and unique light about her. 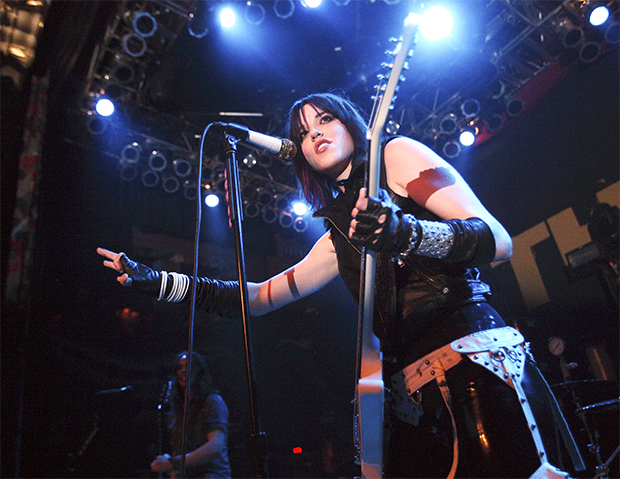 Parallel Timeline comes at a time when rock/harder sounds are popping up more and more in mainstream music. As a band that’s been around for a minute, how do you feel when seeing more kids pick up guitars? And where would you like to see/where do you see rock going in the coming years?

I am psyched to see more and more young people picking up the guitar. It’s been exciting working with Fender and to be a part of creating accessible music education. It’s fabulous whenever anyone finds a medium through which they can express themselves.

I’ve always been attracted to heavy music as a means of catharsis. Aggressive music contains a particular energy and it makes sense that mainstream culture is becoming increasingly attracted to it right now. It’s been a wild couple of years. I think a lot of people are thirsty but they are trying to figure out what it is for. In terms of a specific change, I’d like to see in rock music, I would like the active rock radio format to open up to include a wider range of more diverse rock bands. I think it is definitely happening slowly, but I’d like to see it go even further and faster.

Parallel Timeline is out now.

Why Kendall Jenner Is Taking Heat From Selena Gomez Fans