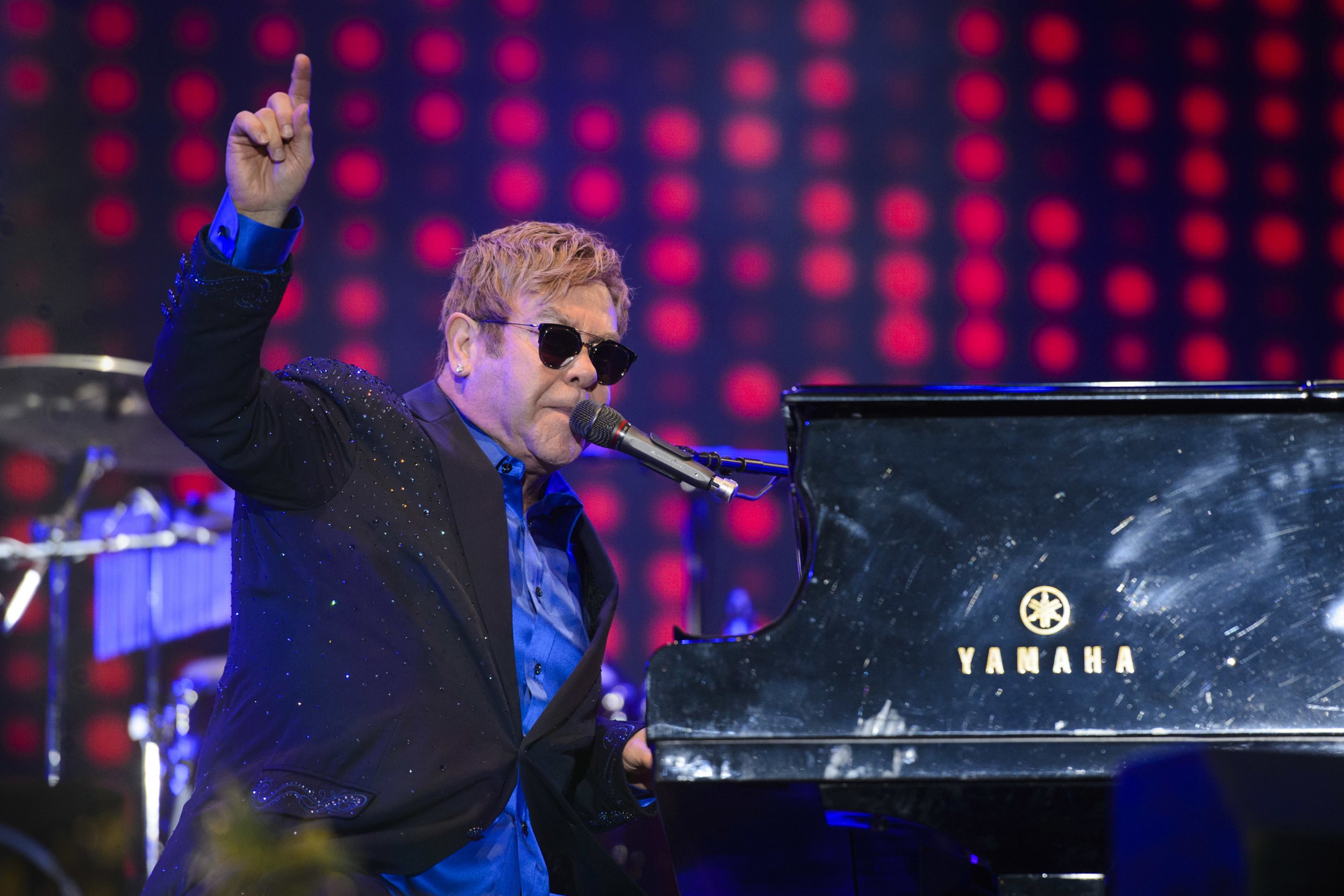 Sir Elton John has been forced to push back his Farewell Yellow Brick Road European and UK tour dates after suffering a fall.

The music icon was set to hit the road across the UK later this year, but his shows have now been moved to 2023 as he’s in ‘considerable pain’ and is having difficulty moving.

Sir Elton, 74, announced the news on Thursday, saying that it is ‘with great sadness and a heavy heart that I am forced to reschedule the 2021 dates of my Farewell Yellow Brick Road tour in Europe and the UK to 2023.’

‘At the end of my summer break I fell awkwardly on a hard surface and have been in considerable pain and discomfort in my hip ever since. Despite intensive physio and specialist treatment, the pain has continued to get worse and is leading to increasing difficulties moving.

‘I have been advised to have an operation as soon as possible to get me back to full fitness and make sure there are no long-term complications.

‘I will be undertaking a program of intensive physiotherapy that will ensure a full recovery and a return to full mobility without pain.’

Sir Elton was due to perform several dates at the London O2 Arena, as well as the Birmingham Resorts World Arena, the Liverpool M&S Bank Arena, the Manchester AO Arena, the Leeds First Direct Arena, the Birmingham Utilita Arena, Aberdeen’s P&J live and the Glasgow SSE Hydro across November and December.

However, these dates have now all been pushed back to 2023.

He has planned to continue with his US dates from January after having an operation, kicking off in New Orleans in early 2022.

Despite postponing his upcoming dates on his last ever tour, Sir Elton has promised to perform at the upcoming Global Citizen event on September 25, adding that he doesn’t ‘want to let a charity down’.

‘Being just five songs it’s a very different physical undertaking to the demands of playing for close to three hours every night on tour and travelling overnight between countries.

‘After this I will be having the operation to ensure the tour can get back on the road in January of 2022 in New Orleans.

‘I know how patient my incredible fans have been since Covid halted touring last year, and it breaks my heart to keep you waiting any longer.

‘I completely feel your frustrations after the year we’ve had. I promise you this – the shows will return to the road next year and I will make sure they are more than worth the wait.’

The Farewell Yellow Brick Road tour began in September 2018 and is set to be the Rocket Man singer’s final stint on the road.

In winding down his touring career, Sir Elton said he wants to spend more time with husband David Furnish and their two sons, Zachary and Elijah.

Ashley Iaconetti: Ashton, Mila Have Save the Dates to My Wedding With Jared