Shawn Mendes and Camila Cabello have clearly been enjoying their recent reunion — so much so, they’ve decided to become dog parents! On Nov. 3, Shawn revealed photos and videos of his adorable new puppy named Tarzan. The blonde pooch, which appeared to either be a Labrador or golden retriever, happily cuddled with Camila in the car as Shawn drove his little family home.

“Hi Tarzan,” Shawn captioned the puppy post (and appropriately added the emoji with puppy dog eyes). Tarzan is joining Camila’s already big dog family, which includes her Shih Tzu Leo, her chihuahua Eugene and German Shepherd Thunder. Camila and Shawn were even seen with this dog pack (minus Tarzan) during a stroll in Camila’s neighborhood on Halloween in Miami, FL, where the couple has recently returned to quarantine.

Although Shawn and Camila spent the beginning of their quarantine in Miami, where Camila’s family lives, the “Señorita” collaborators stopped being photographed together after marching in a Black Lives Matter protest in May for quite some time. They finally reemerged in public together during an outing in Los Angeles on Oct. 13! By Halloween, Shawn revealed they were back in Florida after sharing a photo of his and Camila’s costumes with the caption, “Me, but beat up, and a Miami witch. THE HALLOWEEN SPIRIT IS NEVER CANCELED !!!!!!!! (caption by camila).”

Me, but beat up, and a Miami witch. THE HALLOWEEN SPIRIT IS NEVER CANCELED !!!!!!!! (caption by camila)

In between May and October, fans began to worry that the longtime friends-turned-lovers had split thanks to a lack of posts and photos from the couple. Camila put these worries to rest after gushing over her “love[‘s]” upcoming album, Wonder, in an Instagram post! As for why they hadn’t been photographed together for several months, Shawn later revealed that he hadn’t seen Camila in “like a month and two weeks” during the Oct. 2 episode of SiriusXM’s The Morning Mashup.

However, Camila did spend some time by Shawn’s side in the studio while the Canadian pop star worked on his new album. “I think it’s interesting ’cause when your girlfriend is an insanely talented, real musician who writes her own music, it’s scary to write an album around her. And she was with me when I was kind of in the studio doing it,” he said on the SiriusXM show. 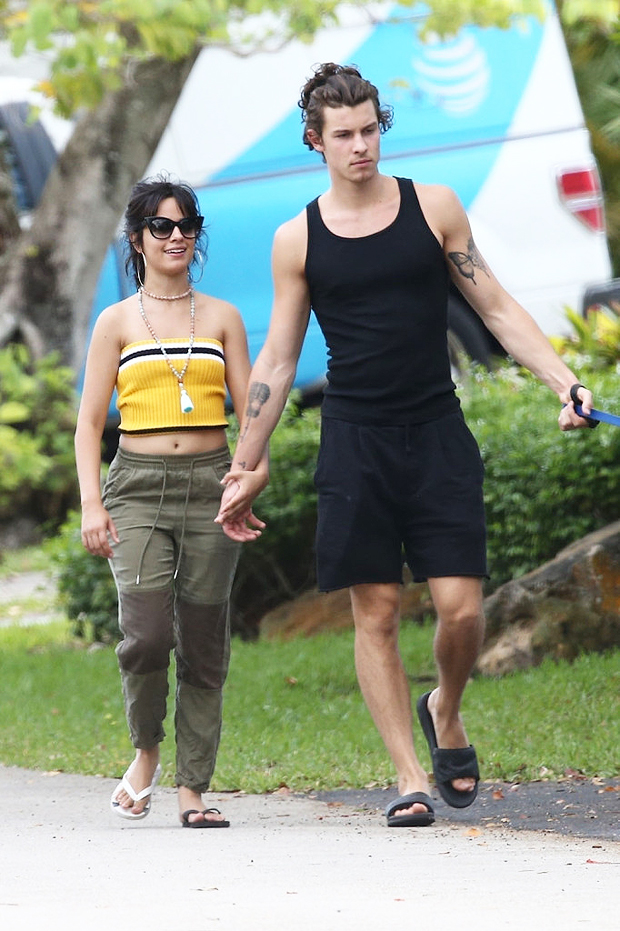 From working on music by one another to becoming dog parents, Shawn and Camila are clearly getting more and more serious. The singers took their friendship to the next level in the summer of 2019, and have been hot and heavy ever since!