The model and actress had a fun girls’ night out at the Knicks’ hometown game against the Orlando Magic.

Did someone say, “Girls’ night?” Selena Gomez and Cara Delevingne had a sweet and silly moment, while they attended the New York Knicks game at Madison Square Garden on Wednesday November 17. The two actresses were put on the jumbotron in the middle of the game, and Selena sweetly leaned over and gave the 29-year-old Paper Towns actress a little kiss on the cheek.

Both of the ladies seemed like they got a case of the giggles for being up on the big screen in the middle of the NBA game. Cara looked like she was trying to hide her face (although the guy sitting behind her seemed pretty pleased to have his face on the jumbotron and made funny facial expressions behind the model). As Cara was turning away, the 29-year-old Only Murders in the Building star leaned in and pecked her on the cheek, as she was wearing bright red lipstick.

Both the ladies looked absolutely fabulous for the Knicks game. Selena sported a large tan coat and had a big pair of gold earrings for the game. Cara also rocked some gold hoops with a matching gold chain necklace to match. She also wore a black top, and had her hair tied into a messy bun. 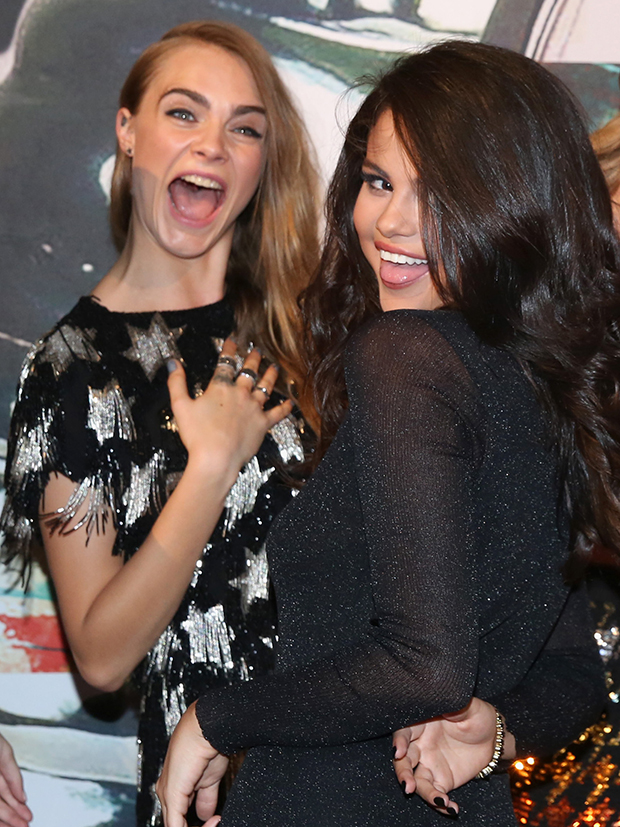 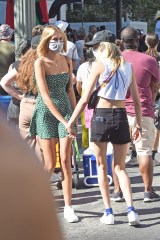 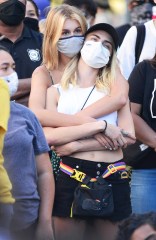 While the Knicks game may have been their most recent time hanging out together, Selena and Cara have been friends for years. It seems like the “Lose You To Love Me” singer has been spending a lot of time recently with her gal pals. She made an appearance in her and Cara’s mutual friend Taylor Swift’s recent TikTok, where the “All Too Well” songwriter called Selena her “bestie,” while the two were backstage at Saturday Night Live. Back in October, Selena also sent Cardi B a sweet gift after she gave birth to her son. Other than her gal pals, some fans have started a theory that Selena might be more than friends Captain America star Chris Evans, after the actor followed her on Instagram in October.

Pink on having Coronavirus: I woke up and couldn’t breathe