Scott Disick may be having a hard time with the news of his baby momma/longtime presumptive OTP getting engaged, but he’s apparently taking it in his stride. And by that we mean it’s back to business as usual for the reality TV lothario.

The KUWTK star was spotted Thursday night at a club in West Hollywood with yet another much younger woman, Elizabeth Grace Lindley. DailyMail.com got the pics, in which Lindley is wearing a skintight tiny black dress and matching knee-high boots, in sharp contrast to Scott’s ever casual style in his hoodie and cargo pants.

It’s not clear if they arrived together — they obviously didn’t coordinate looks — but witnesses told the outlet Lord Disick and his new lady “left together in a chauffeured car.”

Seems like if Scott really is freaking out about Kourtney Kardashian and Travis Barker‘s engagement, he’s found his own way of coping…

Not too much is known about Lindley; even her age is unclear as outlets can’t seem to agree whether it’s 20 or 23. You know, Amelia Hamlin‘s age or Sofia Ritchie‘s. So she does fit into the man’s type, even if he usually meets them when they’re younger…

We also know the model was reportedly romantically linked, however briefly, to Formula 1 star Lewis Hamilton back in February.

We don’t yet know if this is a one time thing, the beginning of a serious new relationship, or something in between. Scott, for his part, has not yet acknowledged Lindley on social media. Instead he’s choosing to continue focusing on other hangouts — with his son Mason Disick! He posted on his IG Stories on Sunday: 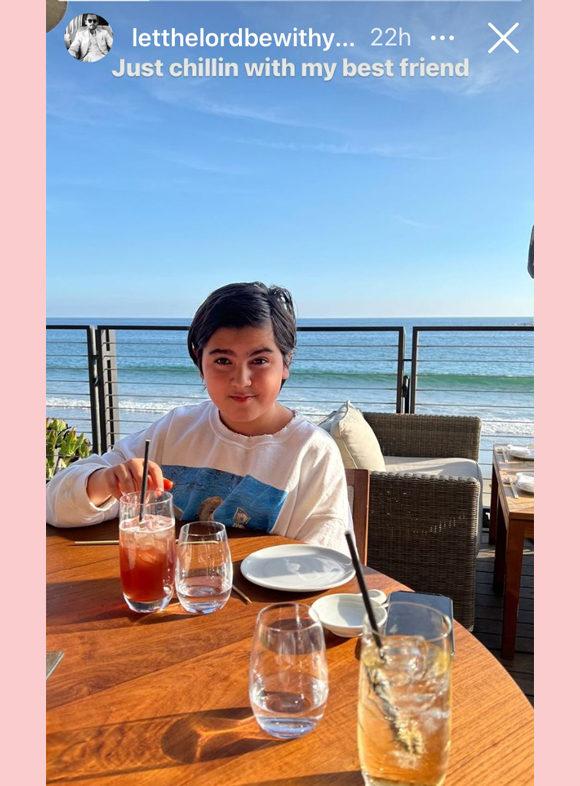 Awww! We love getting to see Scott being a good dad!

Meanwhile, Scott’s most recent ex did post something on IG that has us raising an eyebrow. Amelia posted on Sunday, after the news of Scott moving on had dropped, a series of pics in which she flips off the camera and laughs a lot, captioned:

She also posted a quote on her own Stories on Monday, ostensibly about how her life was going:

“Maybe you should stop overthinking and just trust the way life happens.”

Huh. That almost sounds like she is the one moving on!

What do YOU think? Is Scott serious about this new girl? As serious as he gets anyway? Is Amelia rly rly happy for him??