Home » Celebrities » Scott Disick Is Cool With Kourtney Kardashian & Travis Barker Relationship: He Knows 'He Can’t Ever Be Replaced'

Despite being in relationships with other people, Kourtney Kardashian and Scott Disick will always have history between them.

There was a time last year when it seemed like Scott and Kourt were on the road to reconciliation. Even the KarJenners seem to think the co-parents are endgame. But the Talentless founder has stuck to dating girls nearly 20 years younger than him (like current GF Amelia Hamlin), and Kourtney recently struck up a romance with her longtime pal Travis Barker.

Despite the fact that a recent promo for Keeping Up with the Kardashians showed the father of three ready to marry his baby momma “right now” — and despite the fact that the reality star has become “a lot closer” to her Blink-182 beau — Scott is apparently cool with his ex’s new romance. A source told Entertainment Tonight:

“Scott knows he always has a special place in Kourtney’s heart and that he can’t ever be replaced and will always be in the picture since he’s the father of their children. He isn’t threatened by Kourtney and Travis’ relationship at this point.”

For her part, Kourtney “doesn’t really let Scott and Amelia’s relationship bother her either.” The insider continued:

“ doesn’t think it will last long and is having so much fun with Travis that it really isn’t something she even thinks about. She knows Amelia is young, pretty and Scott’s type, but she doesn’t really care.”

In fact, an Us Weekly source said Lord Disick “still talks about Kourtney all the time” and that the exes “speak very often, even in front of Amelia, who doesn’t seem to mind.”

The Us insider added:

“Scott and Amelia really do have so much fun together. They’re a great match because they both love to go out and party and are both very attracted to each other.”

Yeah, those traits are all well and good for a teenage relationship, but it doesn’t sound that fulfilling for a 37-year-old man. But maybe fun times is all you need when the relationship isn’t that serious. A source previously told ET:

“Amelia is so into Scott and they’re continuing to have a good time together. Their relationship hasn’t necessarily gotten more serious, but they’re compatible, get along and he’s having fun. Scott isn’t looking at Amelia as someone that he could settle down with one day.”

Yeesh. A bit harsh considering Lisa Rinna’s daughter recently called Scott her “dream man.” But perhaps the reason he continues to date barely-legals is that he’s not truly serious about anyone but Kourtney? (Not to excuse how gross his age gaps tend to be.)

Hey, Kourt has dated her fair share of much-younger men, too. Could the fact that she’s now seeing someone in a more age-appropriate range mean the relationship is more serious? Assuming all that was true, Scott might end up feeling a bit more threatened by Travis… we’ll have to wait and see how this all plays out. 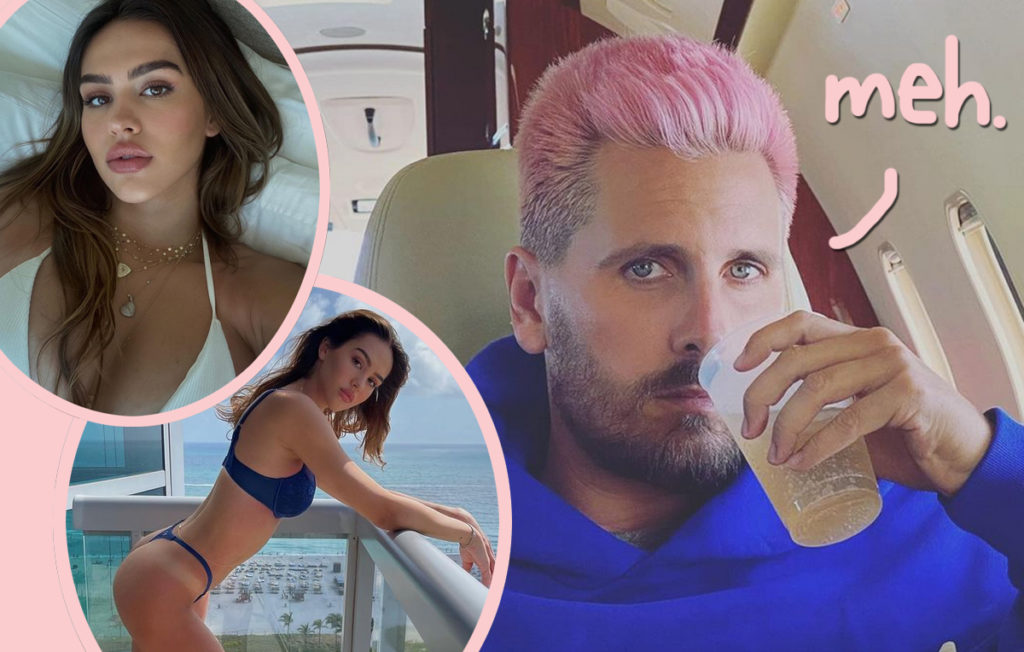 Kevin Hart had coronavirus, jokes he ‘couldn’t say anything’ because of Tom Hanks