Here’s a match made in Sin City — former ‘Bachelorette’ star Chad Johnson and Ronnie Ortiz-Magro‘s baby mama, Jen Harley, have hooked up in Las Vegas … and it’s on video.

The 2 threw masks and social distancing to the wind as they made out multiple times in front of friends and everyone else at the joint … and Jen even gave Chad a lap dance. 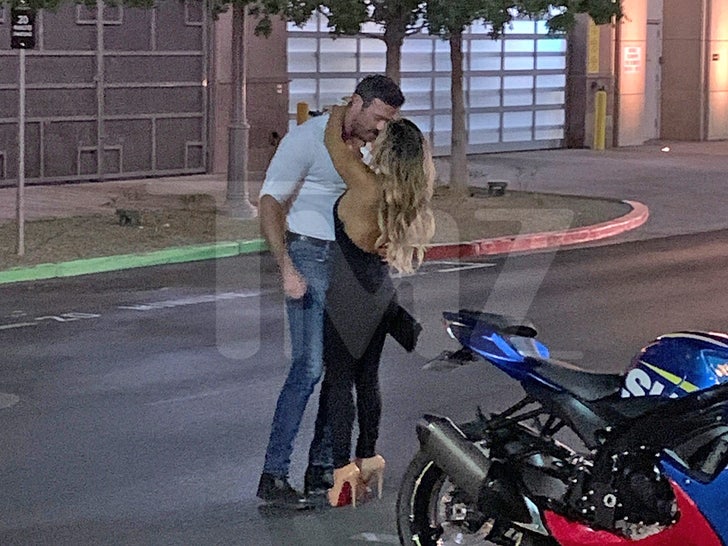 As you can see.. they kept the PDA going outside the restaurant later on.

Strangely enough, we’re told the 2 met through Ronnie … Chad used to be buddies with the “Jersey Shore” star. Chad and Jen apparently hit it off recently at a lunch.

It’s an interesting pairing for sure, but perhaps not surprising. Jen has had a volatile relationship with Ronnie for a few years now … and Chad recently had a serious domestic issue with his ex-girlfriend as well.