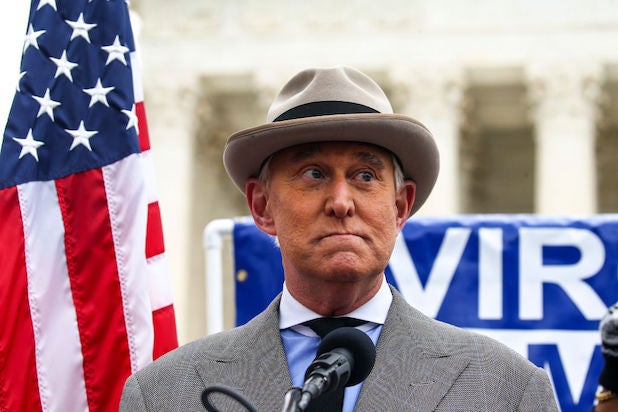 Roger Stone was sued by the Department of Justice on Friday over accusations that he and his wife owe nearly $2 million in taxes.

The civil lawsuit, filed in U.S. District Court in the Southern District of Florida, said that Roger and Lydia Stone owed over $1.5 million in taxes between 2007 and 2011 and another $407,000 in 2018. The suit said that the Stones evaded taxes by using a corporate entity they control, called Drake Ventures, to pay a “substantial” amount of their personal expenses, like groceries, dentist bills, spas, salons, clothing and restaurant bills.

“Although they used funds held in Drake Ventures accounts to pay some of their taxes, the Stones’ use of Drake Ventures to hold their funds allowed them to shield their personal income from enforced collection and fund a lavish lifestyle despite owing nearly $2 million in unpaid taxes, interest and penalties,” the lawsuit said. “By depositing and transferring these funds into the Drake Ventures’ accounts instead of their personal accounts, the Stones evaded and frustrated the IRS’s collection efforts.”

In a statement sent to CNN, Stone described the lawsuit as “preposterous.”

“They are well aware that my two year struggle against the Epically corrupt Mueller investigation has left my wife and I on the verge of bankruptcy,” the statement said. “I have continued to eke out a living through my company Drake Ventures. To describe my current lifestyle as ‘lavish’ will be proved to be ridiculous in court. The political motivation of the DOJ Will be abundantly clear at trial.”