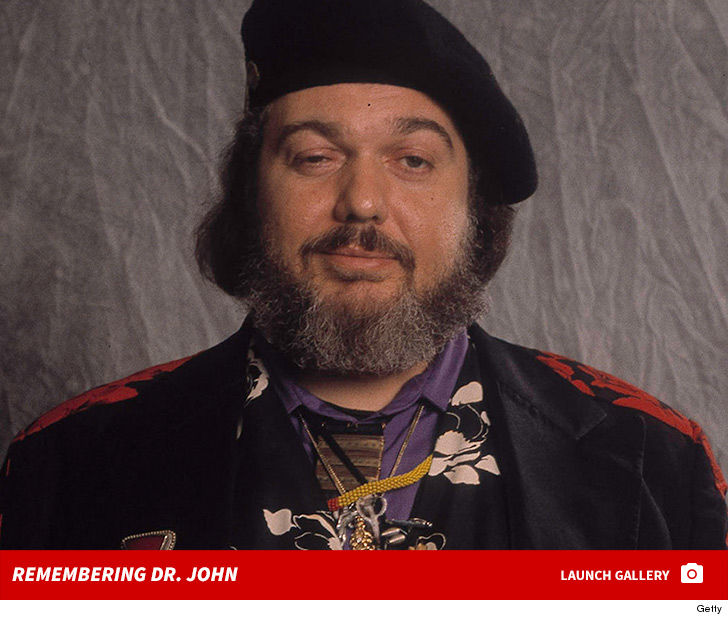 Dr. John – a Grammy-winning singer and Rock & Roll Hall of Fame inductee whose fascination with voodoo inspired his stage name — has died.

The New Orleans-born singer died Thursday of a heart attack. The family said in a statement Dr. John died “toward the break of day.” The family did not say where he died. Dr. John — born Mac Rebennack — had been out of the public spotlight since 2017 after canceling several gigs.

The doc is largely known for his top 10 hit “Right Place, Wrong Time.” He was inducted in the Rock and Roll Hall of Fame in 2011 and won 6 Grammys … including Best Blues Album for “Locked Down” in 2013.

Mac reportedly created his musical personality out a male version of Marie Laveau, the voodoo queen. Mac, he wrote in his memoir, drew inspiration from New Orleans folklore about a root doctor who flourished in the mid 1800s.

Dr. John — who served time in prison and had the ring finger on his left hand blown off during a shooting incident in 1961 — played with some of the best … including The Grateful Dead and the Rolling Stones.

Dua Lipa Shuts Down Accusation of Her Photoshopping Her Baby Photos