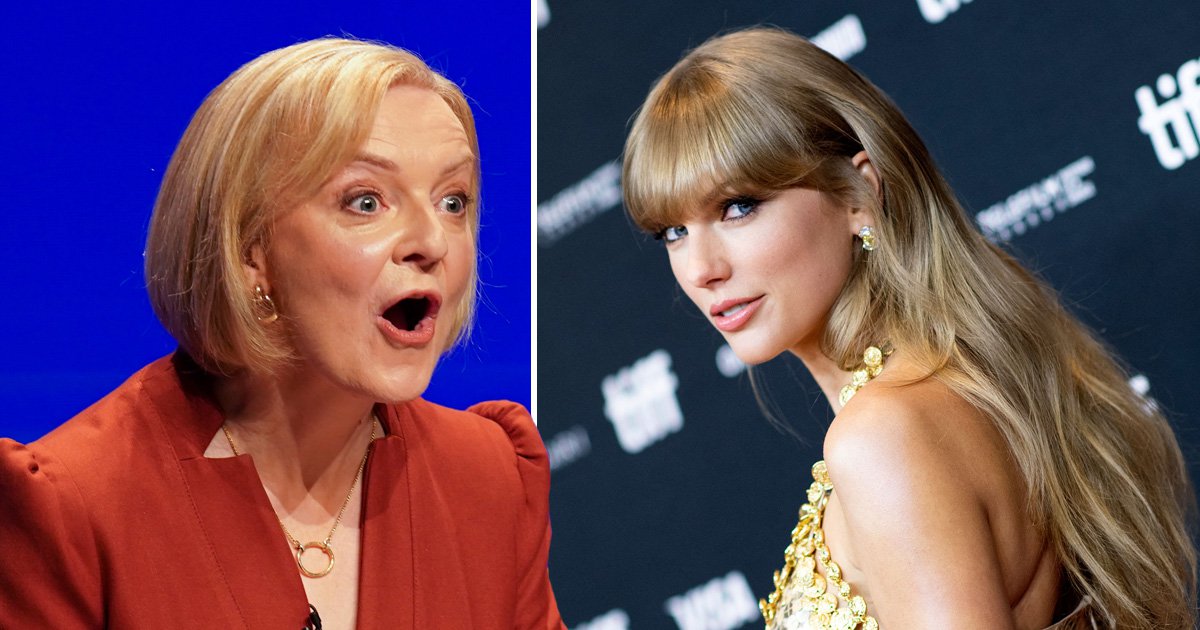 If there’s one thing the 2020s have taught us so far, it’s to expect the unexpected… which in this case is the fact that Liz Truss is a massive Taylor Swift fan.

The former Prime Minister, who stepped down on Thursday after just 44 days in office, has made no secret of the fact that she’s a huge Swiftie, having walked out to her music and quoted the singer in the Houses of Parliament.

Here’s a look back at all the times Liz Truss let the world know just how much she loves Taylor Swift.

Ms Truss has previously managed to get a selfie with her favourite star in February 2019, sharing the snap on her Instagram account as she told her followers: ‘Look what you made me do, Taylor…. #squadgoals #swiftwork #trouble #baftadinner.’

The pair’s paths had crossed at an event for Bafta, which we can imagine probably made Ms Truss’s day and/or life.

Liz Truss resigns: What happens next?

Liz Truss has stepped down as Conservative Party leader and UK Prime Minister after just 44 days. So what happens next?

– Liz Truss’ speech in full after resigning as Prime Minister

– Will the new Prime Minister be elected by the public?

– Boris Johnson and Rishi Sunak to go head to head

– Pound rises against the dollar after Liz Truss resigns

Quoting her lyrics in Parliament

She also made headlines in March 2020 when she quoted Swift’s song The Man in a speech during the International Women’s Day debate.

She told the nation: ‘Given the situation, I cannot deliver the mandate on which I was elected by the Conservative Party,’ just a day after she claimed she was a ‘fighter not a quitter’.

Ms Truss has also officially become the shortest-serving Prime Minister in British history after having faced mounting calls to resign from her MPs.

With Taylor Swift’s new album Midnights set to be released on Friday, we’re seriously expecting a resignation selfie with some of her new lyrics to be imminent, too.

Is this why Holly Willoughby missed Ant McPartlin's wedding?