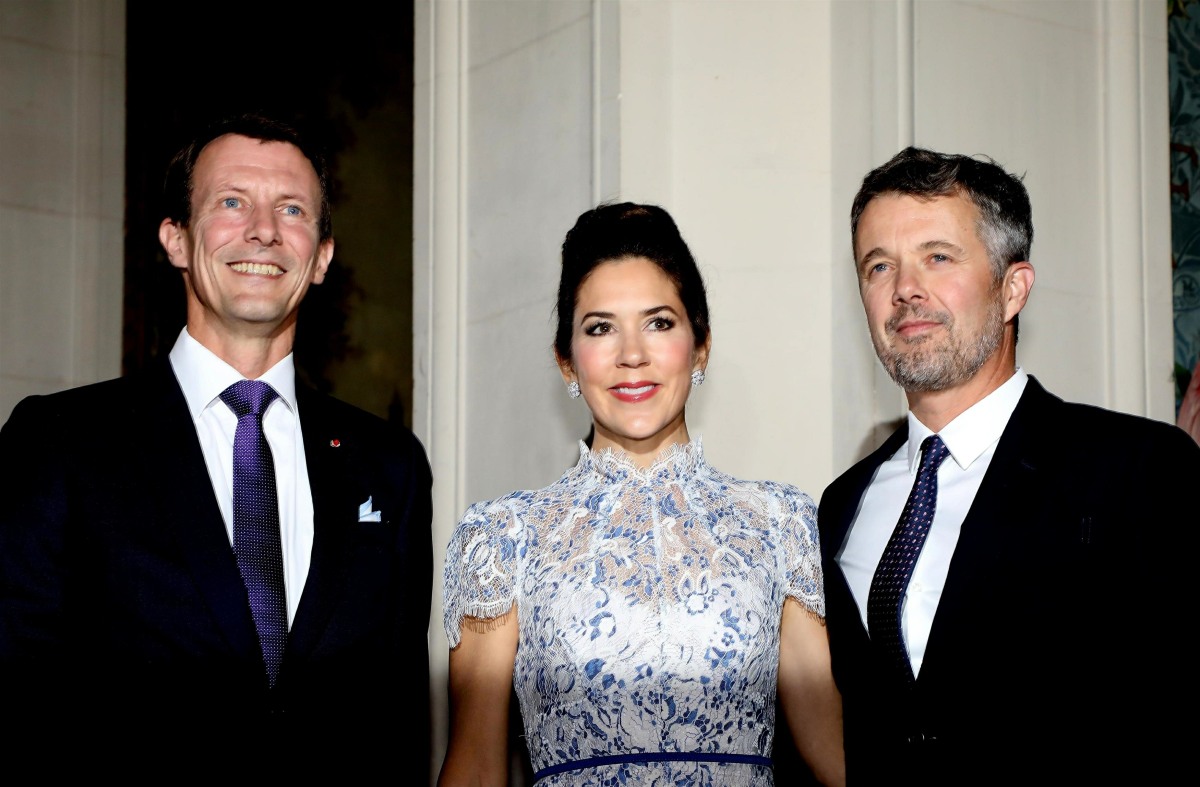 In the last week of September, Denmark’s Queen Margrethe announced that she was removing the royal titles from four of her grandchildren, and specifically all four of Prince Joachim’s children. This set off a very real royal scandal, as Joachim and his second wife Marie did several interviews in the Danish media about how hurtful QM’s actions were, how the kids don’t understand why this is happening. Joachim also seemed to indicate that there’s some internal drama within the family, describing his relationship with his brother and sister-in-law (Frederik and Mary) as “complicated.” Crown Princess Mary even came out and said that, in time, they’ll probably have to make similar decisions with their own children too.

In any case, it was all very dramatic and then something even weirder happened: Queen Margrethe publicly apologized to Joachim and Marie. Margrethe didn’t reverse her decision, but she acknowledged that her actions were hurtful and that she caused them pain. That seemed to work – Joachim and Marie haven’t given any additional interviews and now it looks like Joachim returned to Denmark for “peace talks” with his mother. The Mail interspersed news of the “peace talks” with a story from a Spanish tabloid about how Joachim is deeply in love with his sister-in-law? Oh, boy.

Queen Margrethe and her son Prince Joachim have had peace talks this week to smooth things over, the Royal Household has said – amid reports the Prince had a secret crush on his sister-in-law Princess Mary for years. The palace has confirmed that the Queen and her son want to ‘look foward’ following a row over the matriarch’s decision to remove princely titles from Prince Joachim’s children, which he claimed ‘hurt’ them.

Royal fans will now hope any animosity within the family is coming to an end after the Danish royal household confirmed to a publication that the mother and son are trying to ‘find their way through’ their differences after holding talks this week. The palace told B.T: ‘The Queen and Prince Joachim have spoken together at Fredensborg. Everyone agrees to look forward, and as the Queen herself has expressed, she and Prince Joachim want calm to find their way through this situation.’

A photograph was even published by Swedish woman’s weekly magazine ‘Svensk Damtidning’, allegedly showing Joachim trying to kiss Mary at a gala party of the Royal Guard Regiment.
The Spanish magazine recalled: ‘With obvious signs of drunkenness, it seems that the youngest son of Queen Margarethe tried to stamp his lips on his sister-in-law’s mouth, that she got out of the way as she could and with an unperturbed smile, while Marie witnessed the embarrassing moment.’

It also suggested that shortly after Frederik and Mary’s wedding in 2004, Danish media began to speculate that Joachim ‘was deeply in love with his sister-in-law’.

‘In fact, it didn’t help that in 2007 he announced his engagement to a French girl (Princess Marie) with the same name and a striking physical resemblance,’ wrote the magazine. But with such strong rumours about the prince’s crush on Mary, the magazine claims Margarethe called ‘them to order’ and ‘started a campaign to show that there were no problems between the two women,’ including ‘unscheduled outings’ together.

The part about “Joachim has a crush on Mary” seems like royal fan-fiction – the photos of Joachim “trying to kiss Mary” look more like the European double-cheek kiss gone awry, which happens all the time if you don’t time the cheek-kisses properly. Now, is it possible that Joachim is just generally kind of creepy? Perhaps. But it sounds more like CP Mary’s fandom claiming that every man is in love with her. As for the peace talks… interestingly enough, CP Frederik and CP Mary were not involved:

Crown Prince Frederik of Denmark ‘was not part of the meeting’ between his mother Queen Margrethe II and his younger brother over royal titles, the Royal Household confirmed – after Prince Joachim admitted the siblings’ relationship is ‘complicated’. Following the meeting, the palace confirmed that the monarch and Joachim want to ‘look forward’ and are trying to ‘find their way through’ their differences – however, Frederik did not attend the meeting at Fredensborg.

Danish publication B.T. reported: ‘According to the Royal House, the Crown Prince was not part of the meeting’, with a statement from the palace reading: ‘The Queen and Prince Joachim have spoken together at Fredensborg. Everyone agrees to look forward, and as the Queen herself has expressed, she and Prince Joachim want calm to find their way through this situation.’

B.T.’s royal correspondent Jacob Heinel Jensen said of the ‘significant and positive development’ between the monarch and her youngest son, that it was ‘not surprising’ that Frederik wasn’t included. The expert said: ‘Prince Joachim himself has acknowledged that the relationship with the Crown Prince couple was complicated, so it is not surprising that he was not there. It is the Queen’s decision, and she is the one who must bear the brunt of it.’

He added of the meeting: ‘This is crucial for their relationship. There will be an event in the future where it is important that we as a population believe that they have become friends again, now the first stones have been laid.’

Big Sandringham Summit vibes, right? That was when Prince Harry sat down with courtiers from Buckingham Palace, Clarence House and Kensington Palace to work out an exit, only William was too incandescent with rage to sit down with his brother. I’m not saying that’s Joachim and Frederik’s dynamic, I’m just saying that it’s very strange that the Crown Prince of Denmark wasn’t included in this important family meeting. 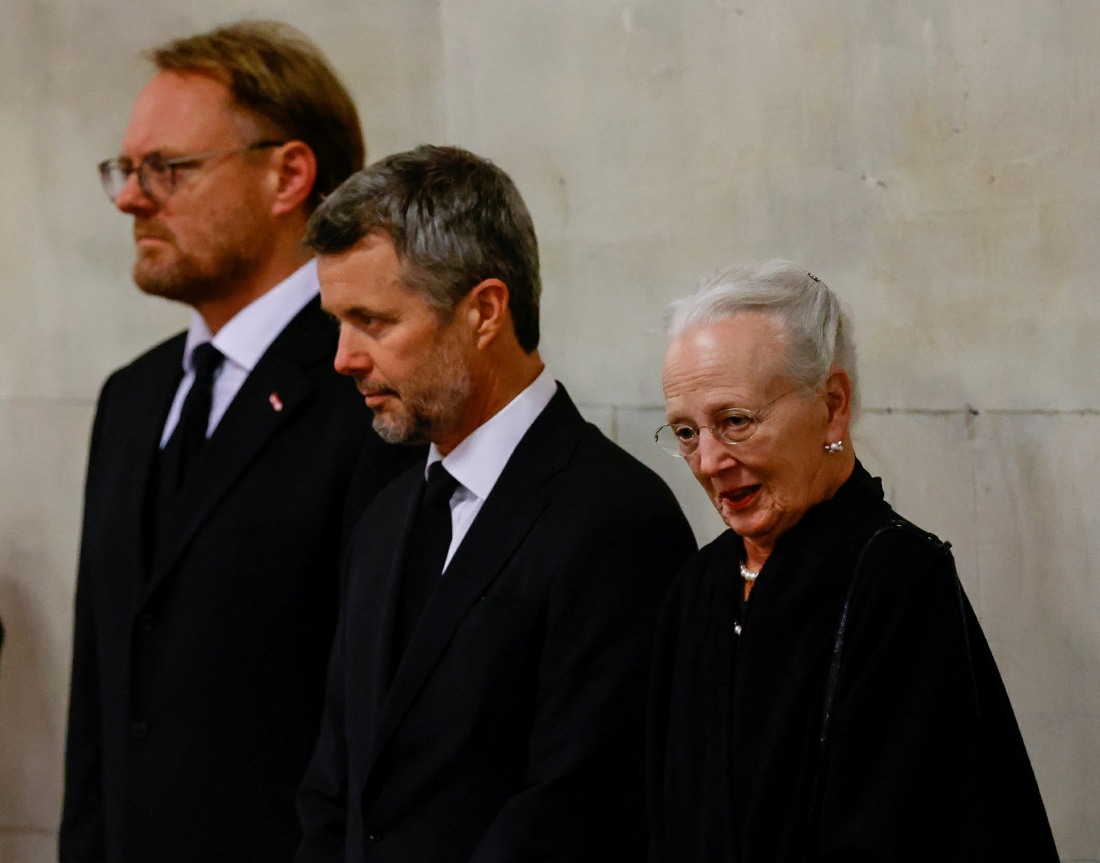 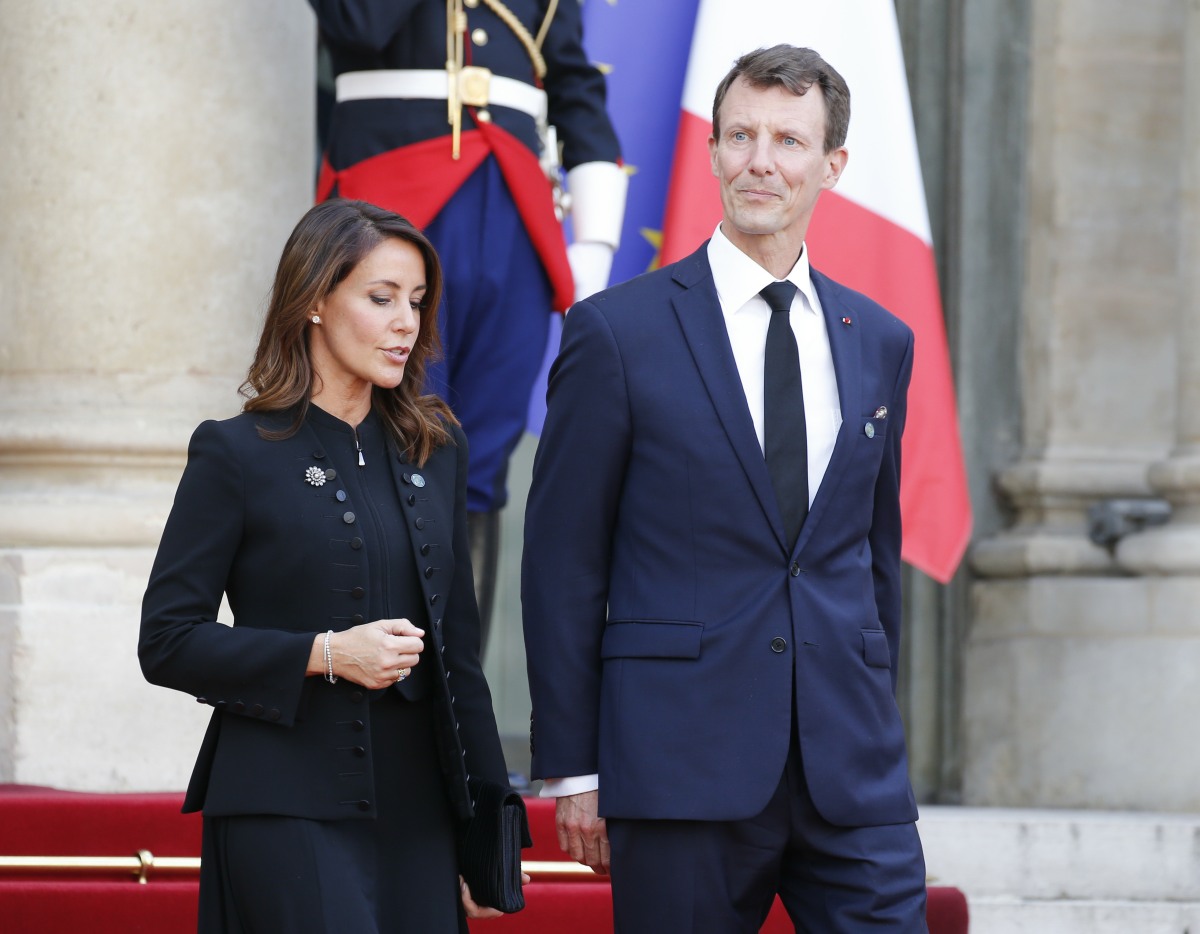 Madonna, 61, ‘In Tears’ After Struggling Through Knee Injury & Falling During Madame X Show

This List of Everyone’s Favorite British Stars Has So Many People Talking – See Who’s Number One!