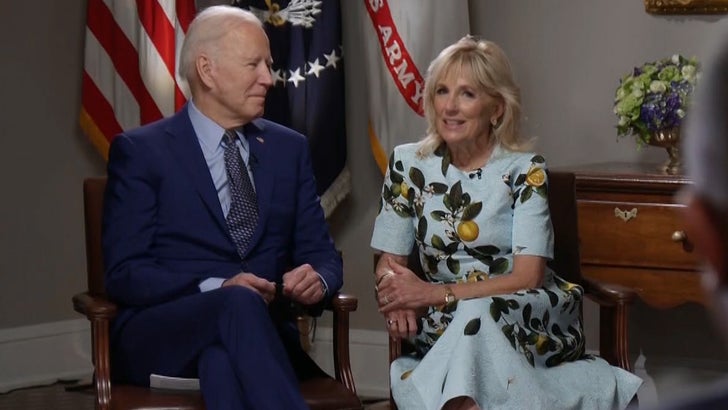 President Biden‘s dog, Major, will soon have a new four-legged pal around the White House … ’cause the Bidens are getting a cat and they made sure Major can handle it.

Biden and the First Lady, Dr. Jill Biden, told “Today” Major underwent special training that included the German Shepard visiting a cat shelter to see how he reacts around cats … and he did fine.

When “Today” co-anchor Craig Melvin brought up Major, Biden joked, “We were going to bring him in to see you” … to which Melvin replied, “Well, I don’t know if that’s the best idea based on what I’ve heard about Major.”

Major, of course, has had 2 biting incidents at the White House … with the first one getting him and his pal, Champ, sent back to Delaware last month. Major eventually returned but just days later there was another biting incident … prompting some extra handlers and a new trainer.

But now, there’s going to be a cat in the mix. There had been rumors the Bidens would adopt a cat and Jill confirmed, “she is waiting in the wings.” It’s unclear when exactly the cat will arrive at 1600 Pennsylvania Ave. but we can only say to the new First Feline is … Godspeed.