But Piers Morgan wasn’t too happy to also be titled a “weird crush” in Paperchase’s new card game – created by WeirdCrushes.com.

The game, similar to Top Trumps, is called Weird Crushes: 55 Hunks and rates celebrities on a number of factors.

The categories include sex appeal, charisma, style, likability and fame.

Celebrities are given a score out of 10 for each category, and Piers was left upset after he was deemed a zero for likability.

The game also scored his sex appeal a low six, while EastEnders’ Danny Dyer got a 10.

Taking to his official Instagram account, Piers shared pics of the cards along with the caption: “Not happy with my likability rating in these new ‘Weird Crushes: 55 Hunks’ playing cards currently selling in Paperchase.” 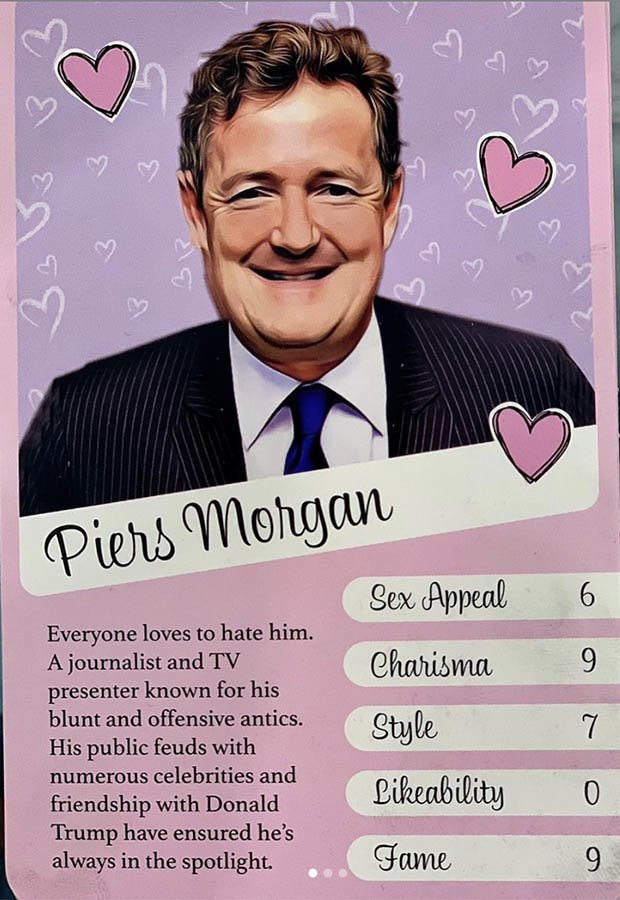 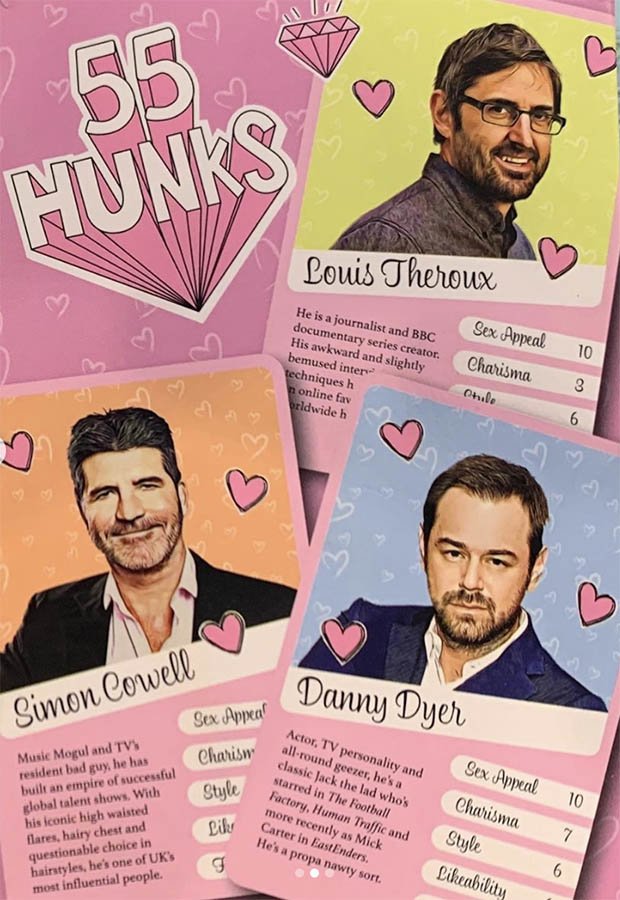 His fans rushed to the comments to cheer him up, and one wrote: “Don’t worry Piers, we all like you.”

Another commented: “That’s not a true rating. We all know how much everyone loves you…” 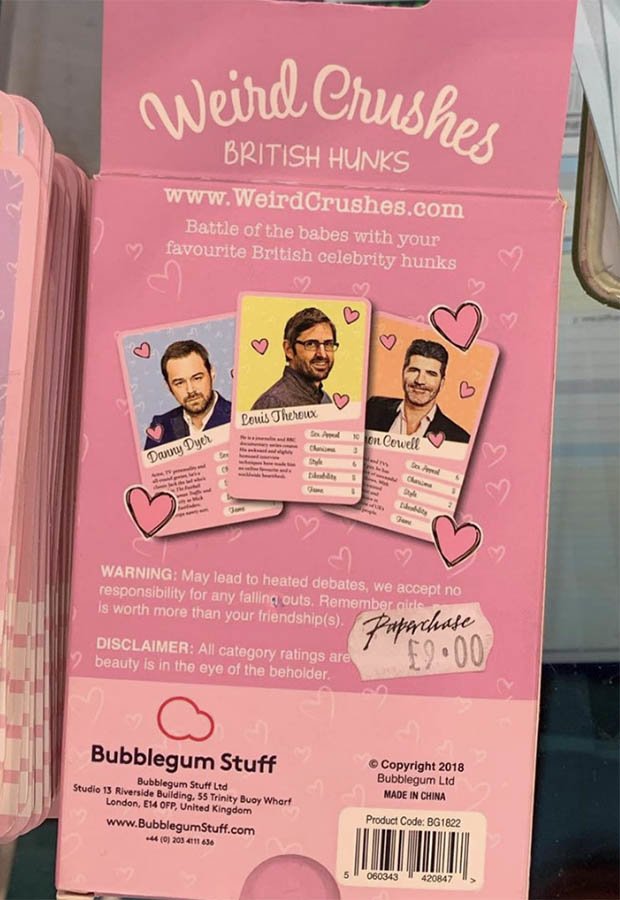 The game scored him a nine out of 10 for his charisma, a seven for style and a nine for fame.

To describe him, the card details: “Everyone loves to hate him.

“A journalist and TV presenter known for his blunt and offensive antics.

“His public feuds with numerous celebrities and friendship with Donald Trump have ensured he’s always in the spotlight.”