Penelope Cruz looked gorgeous in a light blue one-piece, as she relaxed with her husband and two kids on July 2.

Penelope Cruz, 47, enjoyed quality time with her husband, Javier Bardem, 52, and their kids, Leo, 10, and Luna, 7, while the family vacationed in Sardinia on Friday, July 2. Penelope looked amazing in a light blue, plunging one-piece swimsuit. The Vanilla Sky actress also looked like she was having a wonderful family outing, as she was photographed holding hands with Javier, hugging her son, and lounging in the sun. SEE THE PHOTOS HERE.

Penelope’s bathing suit was an aqua blue swimsuit by L’Agent Provocateur, according to the DailyMail, Javier wore a simpler look with solid black trunks. Leo’s bathing suit was also black, but his featured illustrations of pineapples. Meanwhile, Luna wore a red bikini. It looked like the family had a ton of fun. Javier gave Leo a piggyback ride in one photo, and another picture showed the family going on a fun rafting ride. 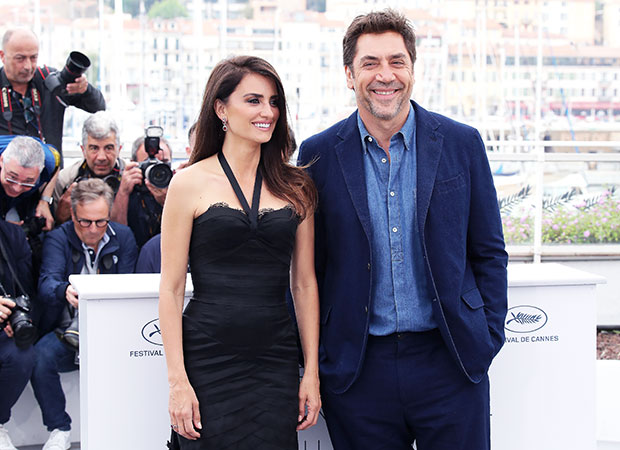 The trip to Sardinia seems like it was a well-deserved family vacation. Javier has been hard at work on the movie Being The Ricardos, a biopic about Hollywood icon Lucille Ball (played by Nicole Kidman). In the flick, Javier plays Lucille’s co-star Desi Arnaz. Recent on-set photos showed Nicole looking just like the I Love Lucy star, as she walked alongside Javier. The movie is currently in post-production, according to IMDb.

Penelope was recently spotted on a set, too, while filming scenes for her upcoming comedy, Official Competition, alongside Antonio Banderas in October 2020. She totally rocked a shimmering jumpsuit in the photos. Javier also has a role in the upcoming Dune adaptation, and Penelope has a part in the new thriller The 355.

Hopefully the beach day was relaxing for the two stars, who are both immensely talented. Penelope and Javier have been married since 2010, and the couple have starred alongside each other in a few movies. They both starred in the Spanish comedy Jamón, Jamón in 1992 and later again in 2008’s Vicky Cristina Barcelona. Since getting married, they’ve both been in The Counselor and Everybody Knows. Between the two, they have countless awards and nominations. Penelope won the 2009 Oscar for “Best Performance by an Actress in a Supporting Role” for her part in Vicky Cristina Barcelona, and Javier won the 2008 Oscar for “Best Performance by an Actor in a Supporting Role” for his work in No Country For Old Men.

Could The 2020 Olympic Games Be Canceled?