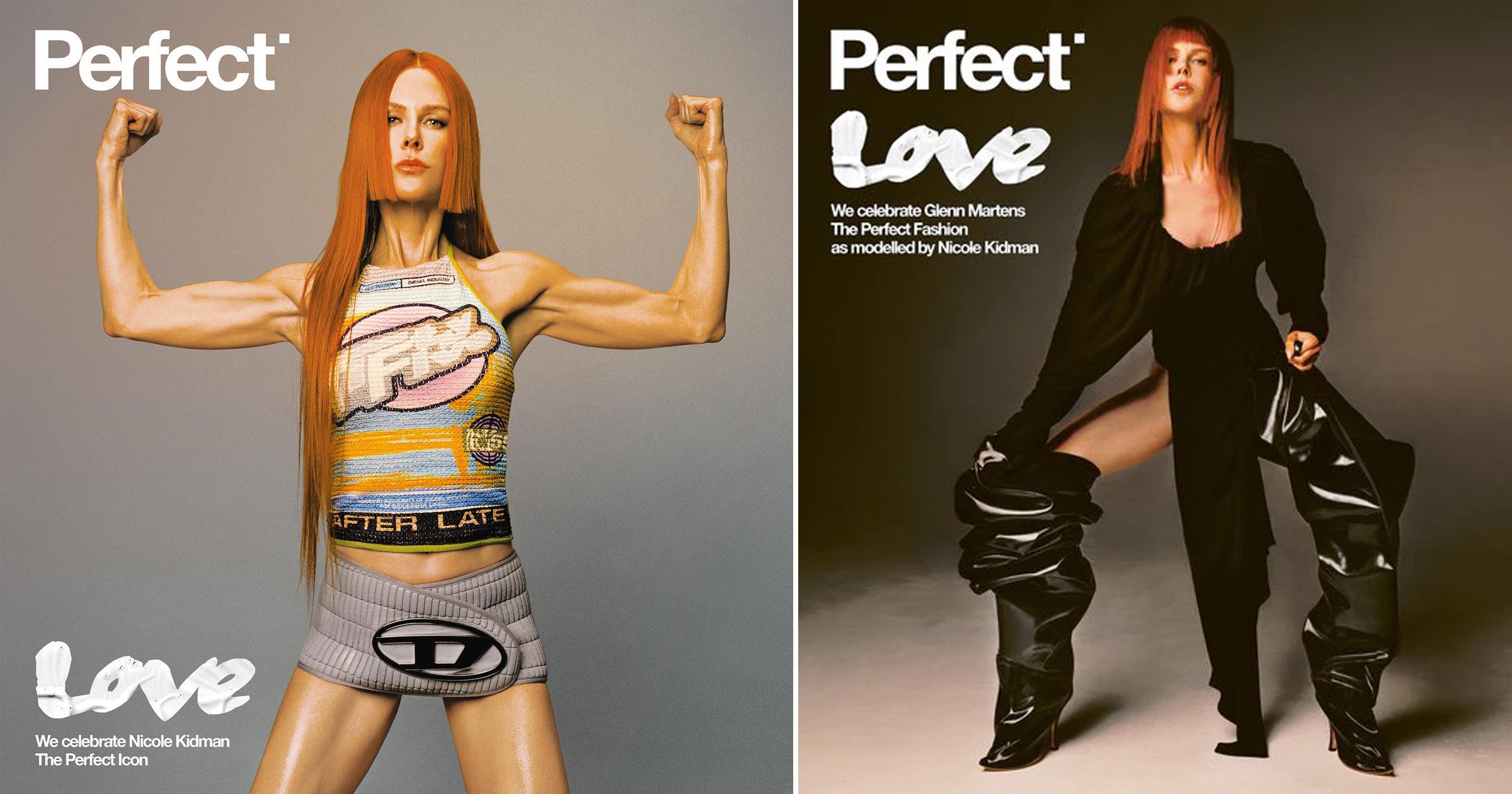 You know what, Nicole Kidman could probably benchpress a small-to-medium-sized car.

The actress scorched the front cover of Perfect magazine’s upcoming issue in all her glory, showcasing what appears to be some wild strength and if you don’t mind us we’re just going to schedule in a quick weights class, BRB.

Gracing the front cover of the mag’s issue, the Nine Perfect Strangers star struck a mighty power pose, flexing both of her biceps for the camera, wearing a Diesel fall 2022 micro mini (it’s a belt, let’s be honest) and halter tank in a photo which has really given us some Gladiators vibes. Just whack her in an Atlasphere for the series reboot and be done with it.

And can we chat the hair?

The star was wearing a mullet that’ll give these kids a run for their money, all bob at the front and length at the back as style intended, with shots from the shoot showing Nicole herself hacked into the strands in the name of fashion.

Other shots from the impressive shoot saw the Oscar-winner cut some shapes in a pair of Y/Project, over-the-knee, boots, and rocking Jean Paul Gaultier.

She also rolled around the floor and showed off her six pack – we counted, there’s definitely six – in a spot of triple denim: crop, jeans and gloves.

It all feels incredibly fitting, then, for Nicole to be crowned ‘the Perfect icon’ in the magazine’s first-ever awards, with the issue’s theme also apparently dubbed #PerfectCelebration, in a display of outstanding figures in popular culture.

Nicole – who recently walked for Balenciaga during Paris Couture Week – is fast becoming a face that really owns the magazine front cover game, after her polarising Vanity Fair issue had people bemused.

Showing off those abs again in a midriff-baring Miu Miu ensemble, Nicole posed in front of a manicured lawn and yellow gates, with a Hollywood sign in the background, completing the instantly iconic outfit with grey socks and sandals.

What may be surprising to many, though, was that Nicole picked the outfit herself.

She told Baz Luhrmann for Vogue: ‘I showed up and they had another outfit for me and I was like, “No, no, I like this one! Am I allowed to wear that?”

‘And [the stylist] Katie Grand, who’s just fantastic, was on Zoom, and Katie was like “You’re willing to wear that?!” And I said, “Wear it?! I’m begging you to wear it!”‘

She added: ‘I mean, I did walk away thinking, “What was I thinking?! That was ridiculous! What were you doing, Nicole?!” And then I went, ‘”Eh, oh well!”

‘[I] really commit when I show up…But there’s got to be some fun. And sometimes it’s going to work, and sometimes it isn’t. But I love the idea of being bold and not fitting into a box.’

Olivia Korenberg: 5 Things To Know About The Woman Who Married Seann William Scott