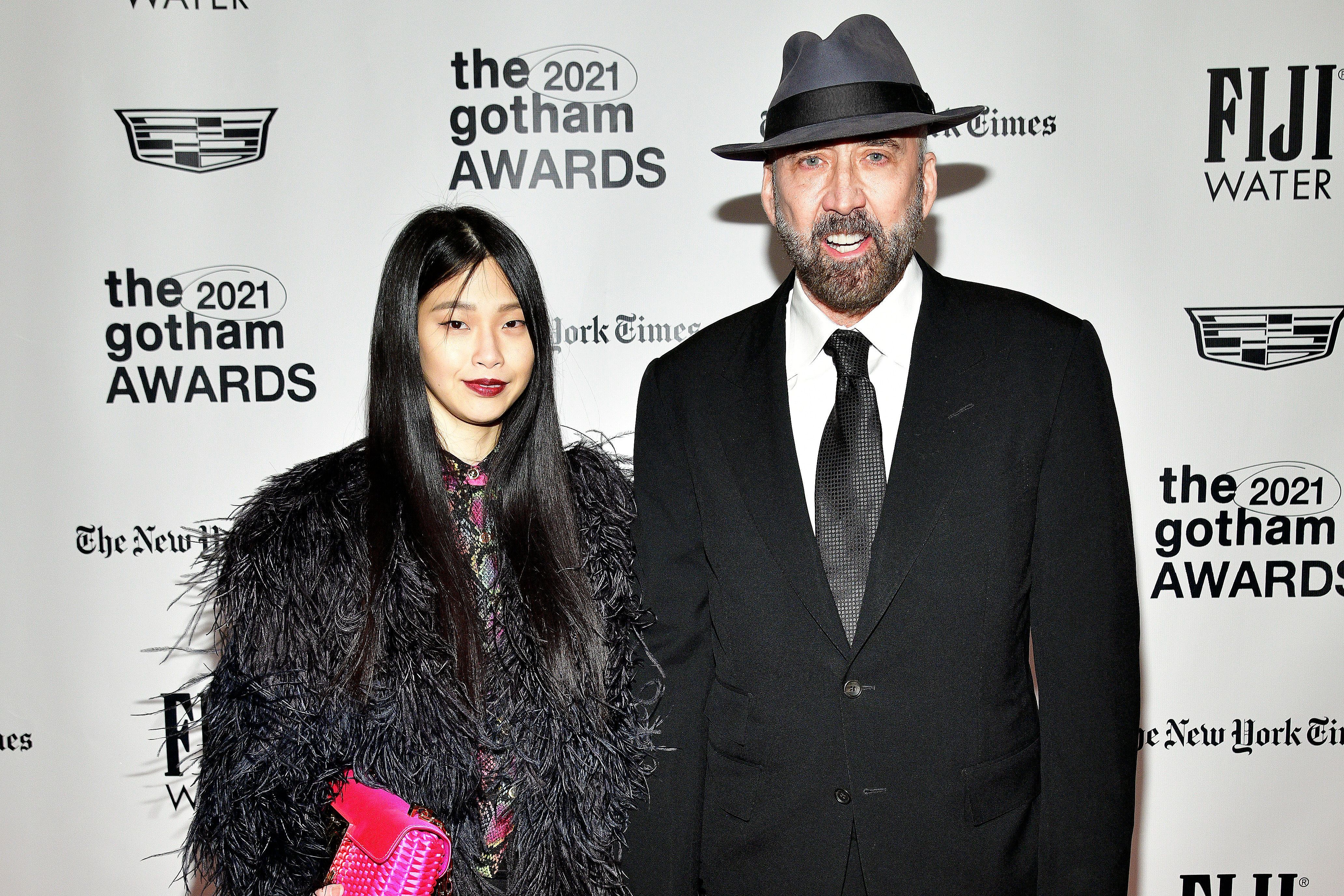 Nicolas Cage is kicking off the year with celebratory news after announcing he’s expecting a child with wife Riko Shibata.

The Face/Off actor married the actress in February 2021 and now, almost a year later, the couple have announced they are starting a family.

A rep for Nicolas confirmed to People: ‘The parents-to-be are elated!’

It will be the actor’s third child as he is already father to sons Kal-El Coppola, 16, and Weston Coppola, 31, from previous relationships.

Nicolas, 57, tied the knot with Riko, 31, in a ‘very small and intimate wedding’ at the Wynn Hotel in Las Vegas on February 16. The ceremony coincided with his late father’s birthday.

Announcing their nuptials, the Hollywood star said at the time: ‘It’s true, and we are very happy.’

He met through mutual friends in Riko in Shiga, Japan where Nicolas was filming Prisoners of the Ghostland.

In the last few months, the couple have shared their love in the spotlight after posing together on the cover of Flaunt for their first magazine spread, before walking the red carpet at a GQ Men of the Year party in November.

Nicolas opened up about his connection with Riko last July, telling Entertainment Tonight: ‘We met in Japan and I thought she was stunning when I met her. We had a lot in common.

‘She likes animals, too, so I asked her, “Do you have any pets?” And she said, “Yes, I have flying squirrels”. She had two sugar gliders… I thought, “That’s it. This could work out”.’

Nicolas previously revealed that they got engaged during a video call due to being separated during the pandemic.

He told Marc Coppola on his Q104.3 radio show: ‘She left New York and went back to Kyoto, Japan, and I went back to Nevada, and I haven’t seen her for six months.’

His marriage to Alice Kim lasted for two years until 2016, while his union with Erika Koike ended after just a few days in 2019.