Naga Munchetty, 47, had the perfect response when a Twitter user took to the social media platform to criticise the BBC Breakfast presenter.

Following Friday’s instalment of the BBC morning show, an unnamed user wrote: “Only me who thinks Naga Munchetty is a bit of a w****r?”

The brutal comment didn’t go unnoticed by Naga and she responded a few hours later.

She bluntly replied: “Doubt it.”

Naga was swiftly inundated with comments from fans who praised her for her frank retort. 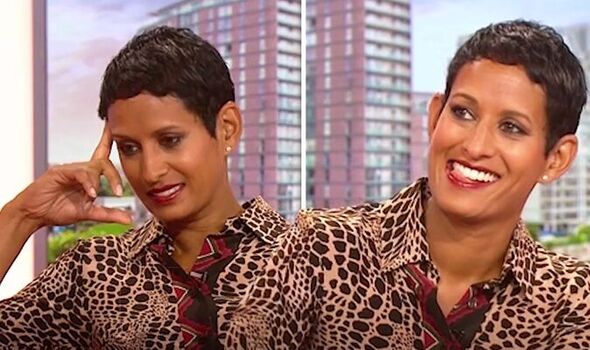 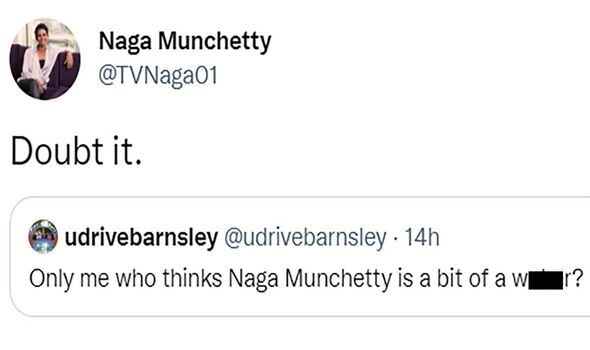 Clare said: “Really like you @TVNaga01. Clearly doesn’t suffer fools gladly, does the political stories with gravitas and the naff stories with good grace and a cat lover into the bargain!”

Lucy then echoed: “With excellent shoes!”

Antoinette remarked: “The amount of men who have an issue with you is bloody crazy? You obviously intimidate them with your wisdom, wit and great golf handicap!”

And Paul added: “TV would be better with more Naga’s – yes opinionated – yes not always everyone’s favourite – but smart, funny and has a personality and lets that shine through. I’ll take more Naga-style presenters every day of the week thanks.” 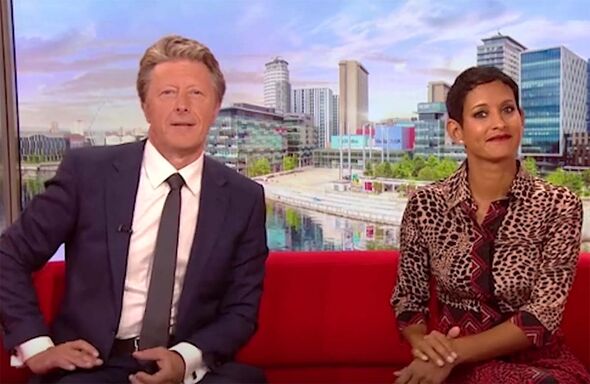 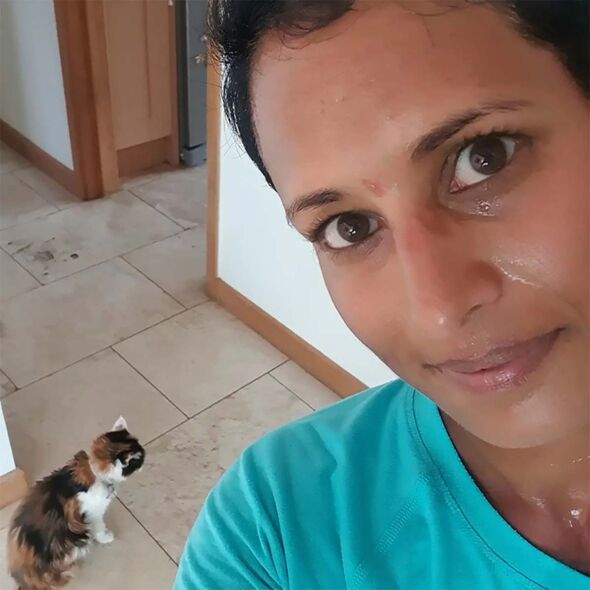 The journalist was forced to say goodbye to another colleague earlier this week when Pakistan and Afghanistan reporter, Secunder Kermani, announced he is leaving the BBC for a new job at Channel 4 News.

Secunder revealed the news on Twitter, writing: “Pleased to say I’ll be joining @Channel4News as a foreign affairs correspondent later this year based out of London.

“Am looking forward to working with a great team on stories right across the world.”

Naga was among hundreds to comment and she said his departure is a “huge loss”.

She lamented: “Congratulations! A huge loss for us, and C4’s immense gain x.”

Sharing the sad news on Instagram, Naga said that Missy’s passing had left a “massive hole” alongside a selection of adorable photographs.

“She may have been small, but she was immense in stature. The sweetest cat I’ve ever loved.

“She’s left a massive hole in our hearts and home.”

BBC Breakfast airs daily from 6am on BBC One.

Amy Duggar: I Know I’m Not Racist … But I Can’t Speak For Jim Bob

Is this why Holly Willoughby missed Ant McPartlin's wedding?

Jessica Alba Reveals Why Shes In Therapy With Her Daughter