“Mrs. Doubtfire” director Chris Columbus has spoken out following rumors that there are multiple cuts of the movie, including ones with much higher ratings.

The Robin Williams-starring flick was released in 1993 with a PG-13 rating. The story followed a divorced actor who disguises himself as a female housekeeper in order to spend more time with his children, who live primarily with his ex-wife.

On Thursday, a tweet from a film factoid account went viral, claiming that “While filming ‘Mrs. Doubtfire’ (1993), Robin Williams improvised so much that there were PG, PG-13, R, and NC-17 cuts of the film.”

Columbus has now confirmed that an R-rated cut exists, but an NC-17 cut does not.

“The reality is that there was a deal between Robin and myself, which was, he’ll do one or two, three scripted takes. And then he would say, ‘Then let me play.’ And we would basically go on anywhere between 15 to 22 takes, I think 22 being the most I remember,” he told Entertainment Weekly of shooting the movie. 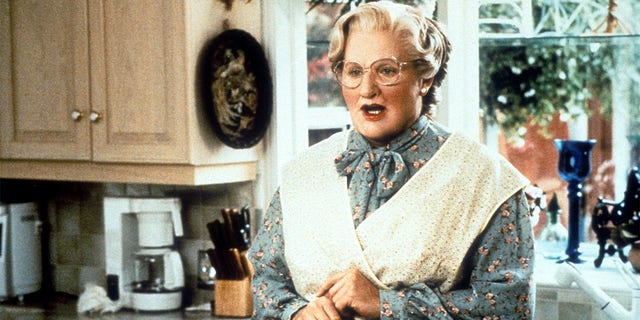 The late Robin Williams in ‘Mrs. Doubtfire.’ The film’s director, Chris Columbus, has confirmed that there is an R-rated cut of the movie.
(Photo by 20th Century-Fox/Getty Images)

The late famed comedian would come up with brand new lines for each improvised take, the filmmaker revealed.

“He would sometimes go into territory that wouldn’t be appropriate for a PG-13 movie, but certainly appropriate and hilariously funny for an R-rated film,” Columbus explained. “I only [previously] used the phrase NC-17 as a joke.”

He added: “There could be no NC-17 version of the movie.”

While it’s unclear whether there’s also a PG version, Columbus did reveal that there are “three or four versions of the film.”

However, he isn’t terribly keen on the idea of releasing the various cuts.

“I would be open to maybe doing a documentary about the making of the film, and enabling people to see certain scenes re-edited in an R-rated version,” he shared. “The problem is, I don’t recall most of it. I only know what’s in the movie at this point because it’s been a long time. But I do remember it was outrageously funny material.”

Should he do such a documentary, Columbus said it would include interviews with himself, editor Raja Gosnell, and producer Marsha Garces Williams.