Meghan Markle and Prince Harry are officially breaking things off with the charity they oversaw with Prince William and Kate Middleton.

The Duke and Duchess of Sussex are parting ways with the Royal Foundation, Kensington Palace announced on Thursday. The charitable organization is an umbrella for Fab Four’s joint interests, which include the mental health charity Heads Together and Harry’s Invictus Games.

“Later this year The Royal Foundation will become the principal charitable and philanthropic vehicle for The Duke and Duchess of Cambridge,” Kensington Palace said in a statement, adding that Harry and Meghan will start their own foundation.

The statement added that ” both couples will continue to work together on projects in the future,” including Heads Together.

“These changes are designed to best complement the work and responsibilities of Their Royal Highnesses as they prepare for their future roles, and to better align their charitable activity with their new household,” the palace said, adding that the two couples are “incredibly proud” of their joint work. 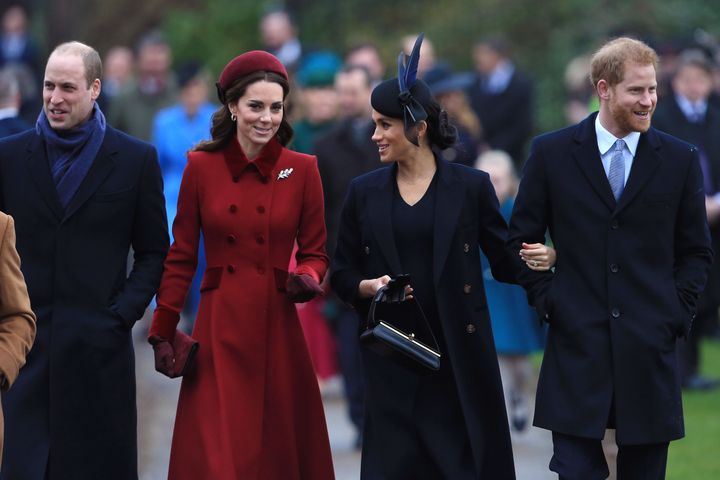 Harry and Meghan’s decision to split from The Royal Foundation is a further sign of distance between the two couples.

In March, it was officially announced that the royals of Sussex and Cambridge were splitting households, with Harry and Meghan forming a household with Buckingham Palace, while Will and Kate stayed with Kensington Palace.

“This long-planned move will ensure that permanent support arrangements for The Duke and Duchess’s work are in place as they start their family and move to their official residence at Frogmore Cottage,” Buckingham Palace said in April.

Subscribe to HuffPost’s Watching the Royals newsletter for all things Windsor (and beyond).

Kate and Rio Ferdinand splash out £40,000 on two protection dogs