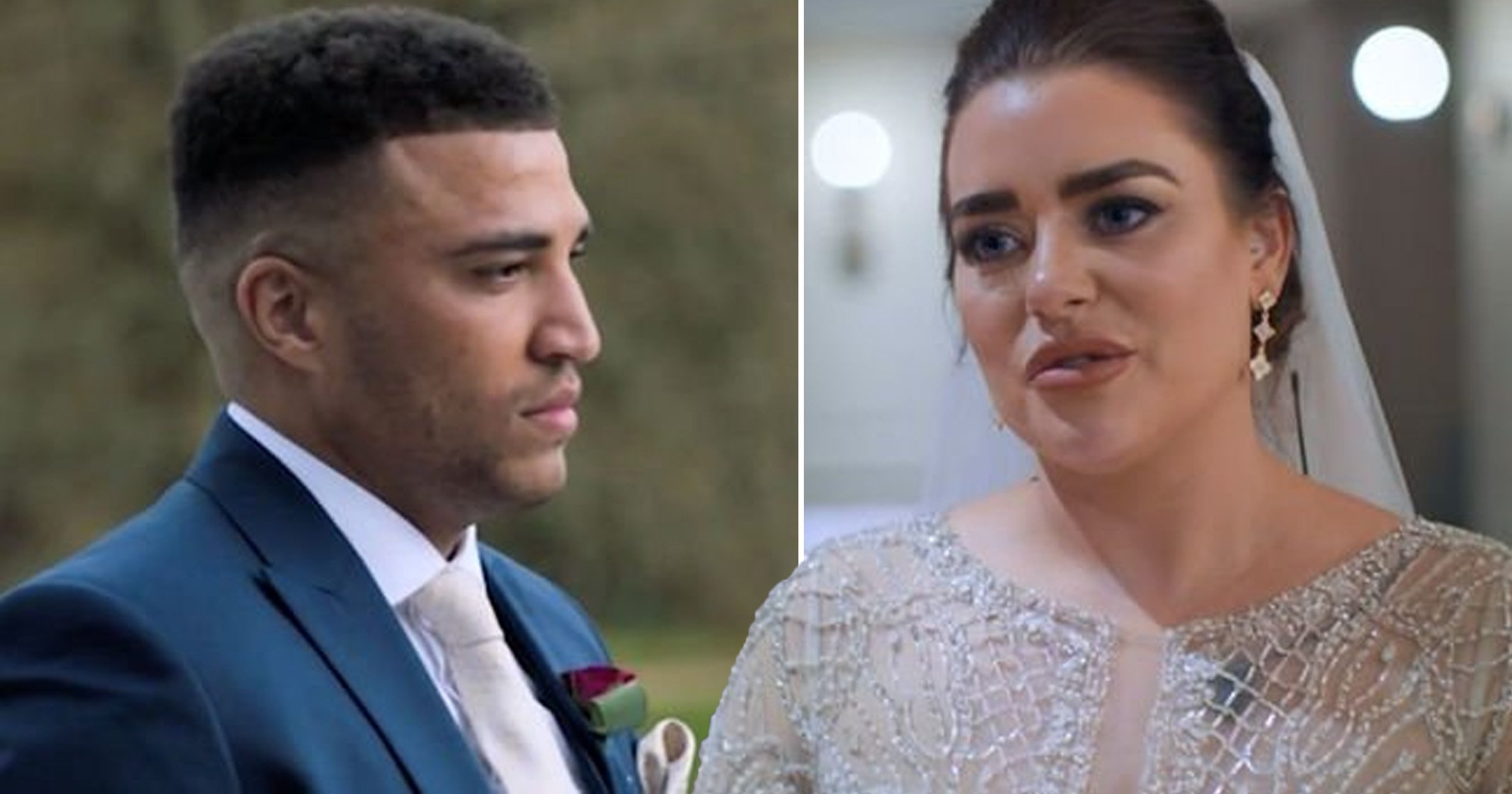 Married At First Sight UK star Joshua had doubts as he prepared to marry Amy and got cold feet at the altar – before rejecting the chance to kiss his new bride.

Amy, 34, had earlier detailed her traumatic past which included being dumped by her fiance before finding out she was pregnant with twins, who later died in the womb.

She was naturally apprehensive about marrying someone she’d never met but, it’s safe to say, Josh, 26, was undoubtedly bricking it too.

After being made to wait for more than an hour as Amy ran late, Josh finally set eyes on his wife-to-be and the nerves kicked in.

As they stood face-to-face at the altar, Josh, who works in insurance, noted in his VT: ‘She’s brunette, pretty face, curvy.

One of Amy’s family members mentioned how they predicted the wedding but Josh, upon hearing this, remarked: ‘This is weird because I’m not a spiritual person. What the f**k have I got myself into here?’

He later said: ‘Amy’s into me and she’s a beautiful girl. I’m not into the whole spiritual thing though. If I don’t really connect to her and that whole side, I don’t think this could work.’

Amy, who is a former glamour model turned sports presenter, had her own concerns about the marriage due to the eight-year age gap between them.

She admitted: ‘The age gap, I’m not really too happy about that. You don’t want to settle down at 26.’

Things only got more awkward as, when posing for their wedding photos, Josh turned down the chance to kiss his new wife when asked by the photographer.

‘We’ll save that for later,’ he said, to which an unimpressed Amy remarked: ‘Will we?’

Josh later worried: ‘I don’t know if there’s a spark between us, it’s too early to tell.’

Cardi B, DJ Khaled, Migos And More To Perform At BET Awards