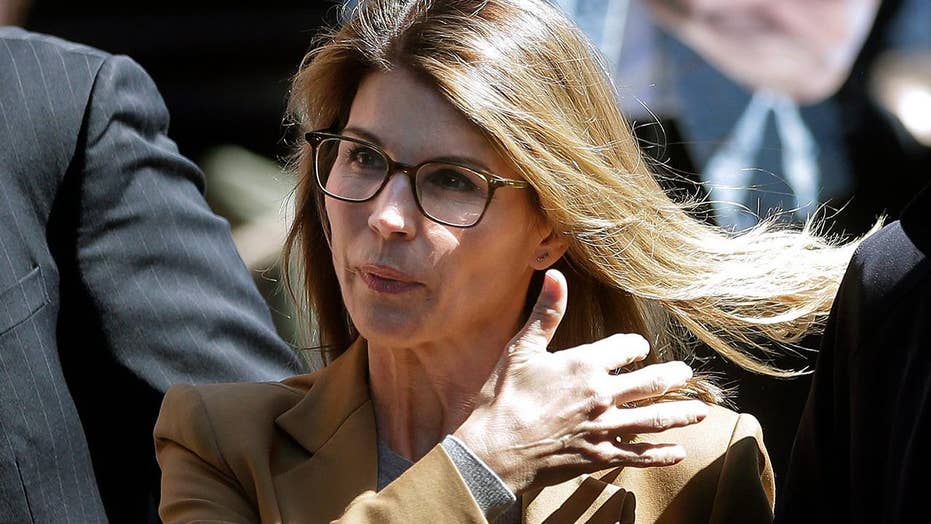 Lori Loughlin is increasingly confident that she won't face prison time for her alleged role in the nationwide college admissions scandal.

The actress and her husband, fashion designer Mossimo Giannulli, were accused of bribing their daughters' ways into the University of Southern California (USC).

Last month, their attorneys demanded that prosecution turn over evidence against the couple, and now a source says that Loughlin, 54, and Giannulli, 55, are much more optimistic about their chances of not going behind bars.

“The more that [the attorneys] look at the alleged evidence against them, the better they feel about the case. Everyone is feeling more and more confident that this could end well for them,” a source told People.

The source added that the former "When Calls the Heart" star is hoping to move on from the entire scandal as soon as she can.

“A trial drags things out and she would like to move forward, which she can’t do until it goes to trial," the source said. "But still, she feels like she’s got a valid defense, and that when all the evidence comes out, that she won’t be found guilty.”

In March, the "Full House" actress and Giannulli were accused of paying $500,000 to scam mastermind William "Rick" Singer to get their daughters into USC. Singer reportedly got Giannulli and Loughlin's daughters, Olivia Jade and Isabella, recruited to the USC crew team despite neither girl being a coxswain.

Loughlin and Giannulli were arrested for fraud and each released on $1 million bonds. After rejecting a plea bargain, they were charged with additional counts of money laundering and conspiracy. If convicted of all counts, they each face up to 40 years in prison.

An attorney for Loughlin did not return Fox News' request for comment.

Holly Willoughby: ’No one was expecting that’ This Morning star on David Cameron blunder