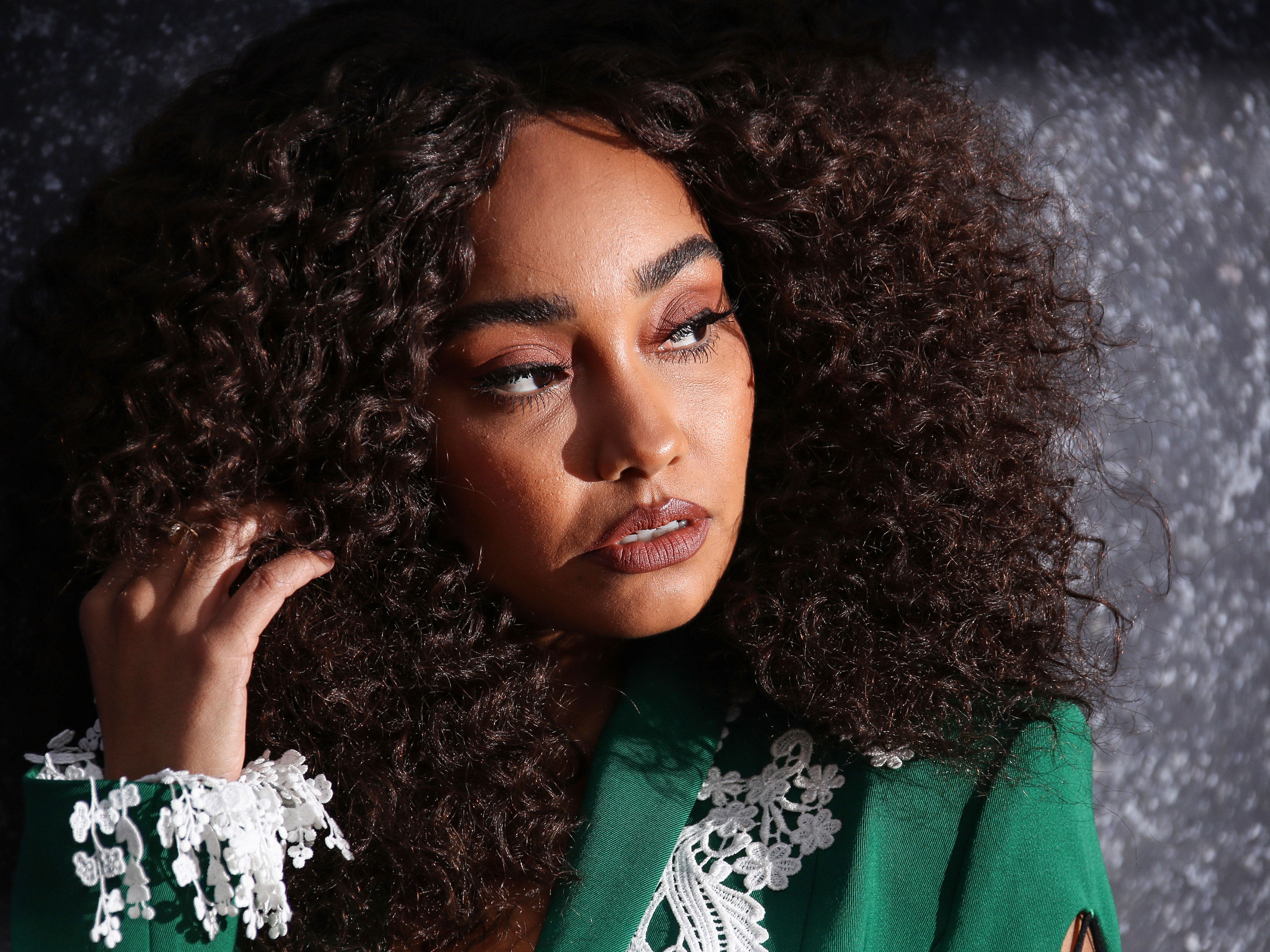 The pop sensation shares her lavish abode with her footie star boyfriend, Andre Gray, and last night gave fans a glimpse inside.

As she displayed her epic fashion sense for a snapshot of her outfit, the girl band babe posed on a huge, curved stone staircase.

Rocking a pair of black, thigh high heeled boots and a chic black blazer, Leigh-Anne matched her ensemble to a stunning, shiny black grand piano stood on the floor beside her.

Captioning the snap, the Woman Like Me hit maker explained that she was dressed to impress ahead of her 28th birthday today

Commenting on the photo, hundreds of Little Mix fans swooned over Leigh-Anne.

One wrote, ‘STUNNING ?,’ while a second added, ‘Girrrrll you look fabulous??.’

Happy birthday mi amor, keep being you in this old age lol?

Of course, Leigh-Anne’s beau, Watford player Andre, made sure to wish his girlfriend a happy birthday on social media today.

Posting a sizzling snap of the stunning songstress straddling his lap while perched on a motorbike, the hunky sportsman penned, ‘Happy birthday mi amor, keep being you in this old age lol?’

Leigh-Anne recently opened up on her relationship with Andre, explaining that she sometimes wakes up ‘hating him’ thanks to a nasty recurring nightmare.

She told Grazia, “I don’t really dream that much but I’ve had the same nightmare a couple of times; that my boyfriend has cheated on me. I wake up hating him the next day.”

Despite the mean dream, Leigh-Anne adores her bae and confessed to being ‘clingy’ when he’s not around.

“It’s really embarrassing,” she admitted. “I find it hard to sleep when I’m home alone. That’s probably the one thing that keeps me up at night.”

The Mail: Prince William & Harry’s relationship is ‘toxic’ & ‘worse than ever’

Meghan Markle Was Hated By Royals For Being “Too American,” Insider Says