Home » Celebrities » ‘Little House on the Prairie’: The Hilarious Way Karen Grassle Was Greeted by the Twins Who Played Carrie

Karen Grassle played Caroline Ingalls on Little House on the Prairie from 1974 to 1982. She described what it was like to meet some of her co-stars for the first time. Here’s what she said about the hilarious moment she met the actors who played Carrie Ingalls.

In her book, Bright Lights, Prairie Dust, Grassle spoke about the relationships she formed on the set of Little House on the Prairie. One close friendship she developed was with Katherine MacGregor, who played Mrs. Oleson. She admired her work ethic and loved working with her. “[Katherine] attacked her character with courage, unafraid to be disliked,” said Grassle. “I loved that about her.”

Grassle also became close to Dabbs Greer, who played Reverend Robert Alden. She described him as emanating “the quality of simple kindness.” She says she felt “glad” whenever Greer was on set.

“Whenever Dabbs was on set, I felt glad,” wrote Grassle. “He was so warm and gentlemanly and had such a light touch.”

The hilarious way the actors who played Carrie introduced themselves 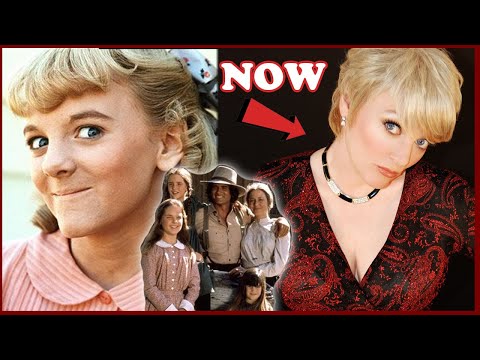 During her first days on the set, Grassle took time to introduce herself to the co-stars who would be playing her family members. She wanted to get to know Melissa Gilbert, Melissa Sue Anderson, and the actors who played Carrie (twins Lindsay and Sydney Greenbush). Grassle says Lindsay and Sydney were just three years old when they first began filming Little House on the Prairie. Twins were required to play their role because children their age were only allowed to work a few hours each day. Having twins made it possible to have an actor play the role for 6 hours a day.

She walked over and asked the twins their names. She said the first twin declared her name was “Sugar Lump.”  The second twin had an equally strange but hilarious response. When Grassle asked her name, she responded, “Foxy Robin.” Grassle said she figured she might as well get used to the unexpected now that she was in Hollywood.

What Alison Arngrim thought of the Carrie Ingalls TV character

In her book, Confessions of a Prairie B****, Alison Arngrim (she played Nellie Oleson) shared what she thought of the Carrie Ingalls character. According to Arngrim, the character was a bit “dopey.”

“Poor Baby Carrie,” wrote Arngrim. “Not only was she one of the most hapless, dopiest children in television history, but she was played by twins. It took two people to play someone that dumb. But they weren’t dumb. They were just babies. Adorable babies.” In her book, Arngrim includes a funny description of the character.

“An adorable but extremely accident-prone dumpling of a child, with no visible neck and a serious communication problem,” wrote Arngrim. “Baby Carrie regularly falls into wells, mine shafts, outhouses, etc., and even manages to accidentally take off in a runaway hot air balloon.”

RELATED: ‘Little House on the Prairie’: Karen Grassle Bonded With Melissa Gilbert and Melissa Sue Anderson in the Sweetest Way