It’s been reported that the Strictly Come Dancing make-up artist, 42, may have plans to move from the UK following her split from Ant McPartlin last year. 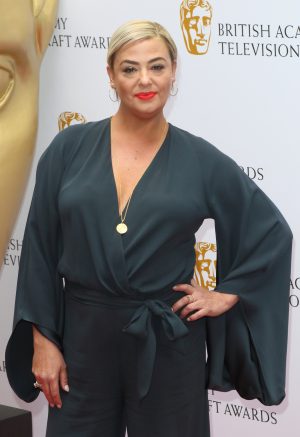 The pair met in 1994 and tied the knot in 2005. After 11 years of marriage, the couple went their separate ways in the wake of Ant’s painkiller addiction and stint in rehab.

Since splitting from Lisa, Ant has started a new romance with former PA Anne-Marie Corbett, and is looking to move to a new £6 million home with Anne-Marie’s two children.

It seems Strictly make-up artist Lisa wants to put more distance between her and her ex-husband, as reports suggest Lisa is planning to head to LA once the new series of Strictly has wrapped up at the end of the year.

According to Closer magazine, Lisa will reportedly be jetting off to the States for a six-month sabbatical, a place she has visited several times since her split from Ant.

‘Lisa’s trying to move on with her life and start afresh,’ a source told the publication. ‘But things are still very raw for her.’

‘Hearing the news about Ant moving into a dream family home with Anne-Marie and playing stepdad to her kids and living the life they always envisaged for themselves has brought a lot of raw feelings to the surface.’

Ant has previously opened up about wanting children with his ex-wife, saying in a 2013 interview: ‘We’d love to have kids. We’re trying.

‘It’s tougher than you think when you get bit older. We would love to have a family so fingers crossed.

‘If we’re blessed with children, then we’d be over the moon!’

Whether or not the reports are true, we’re wishing you the best of luck Lisa!

From our sister site Woman magazine.