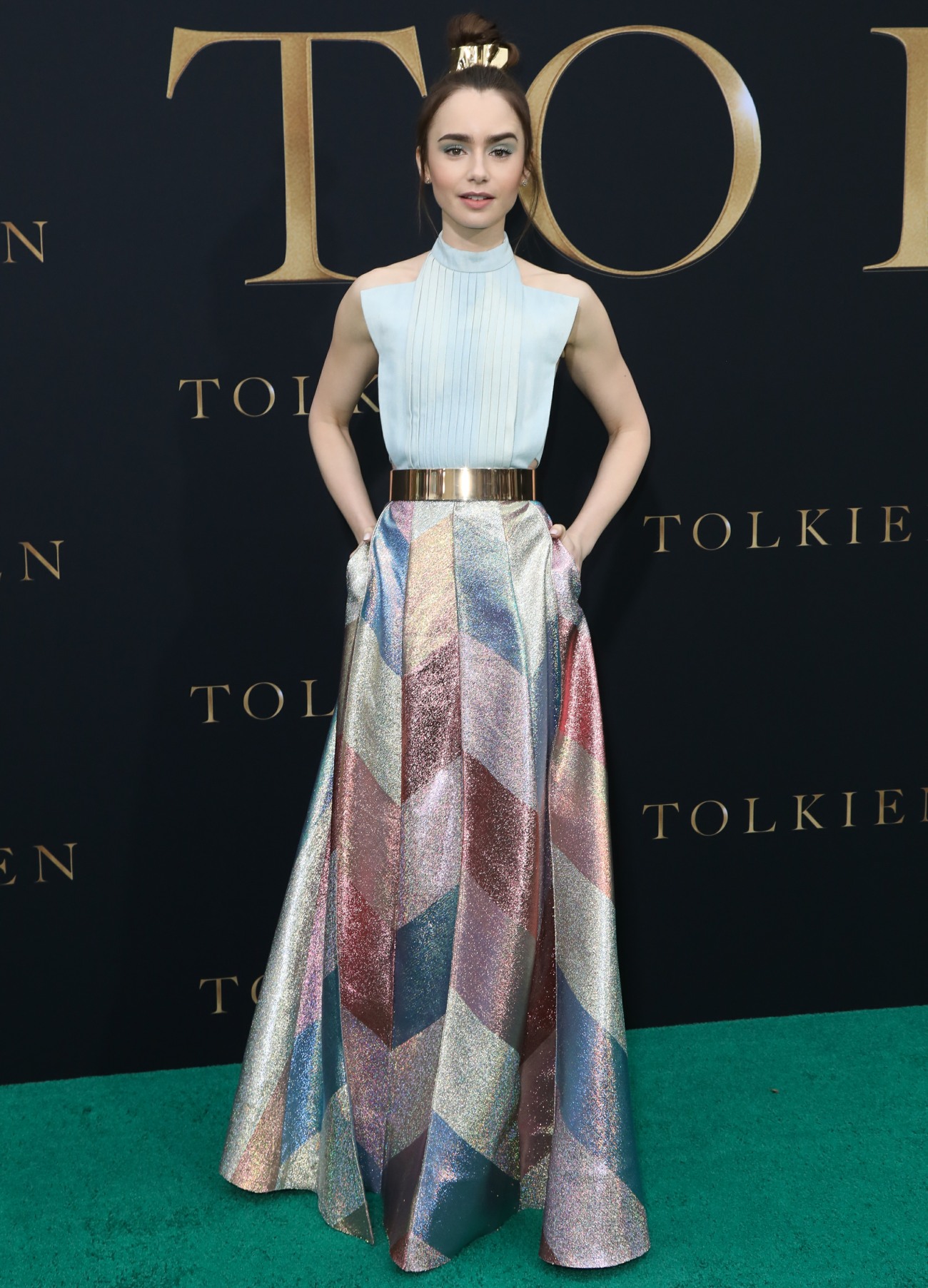 The big LA premiere of Tolkien was held last night at the Regency Westwood Village Theatre. We’ve discussed this movie before – Nicholas Hoult plays a young JRR Tolkien who falls in love with the woman who becomes his wife (played by Lily Collins) and makes lots of friends at Oxford before going off to fight in World War I. His university experiences combined with his WWI service strongly influence his writing of the Lord of the Rings books. Unfortunately, the Tolkien estate wants no part of this movie and they want everyone to know that they did not approve the rights. Still, the movie promotion continues. George RR Martin even came out for this premiere and posed happily with Hoult and Collins!

Fashion-wise, I guess Hoult and Collins decided to coordinate with each other in pastels for some reason. Hoult wore a rather spectacular pale pink suit, and Lily wore a Ronald Van Der Kemp Spring 2019 Couture halter gown. Did you know Lily is 30 years old? She still looks like a teenager to me, and the makeup and styling choices are definitely… ah, youthful? She looks like a kid who played around in her mom’s makeup and thought her messy high bun was super-fancy. The dress itself is kind of terrible too – I wish the whole thing would have been the plaid fabric, or that they had figured out a better top. 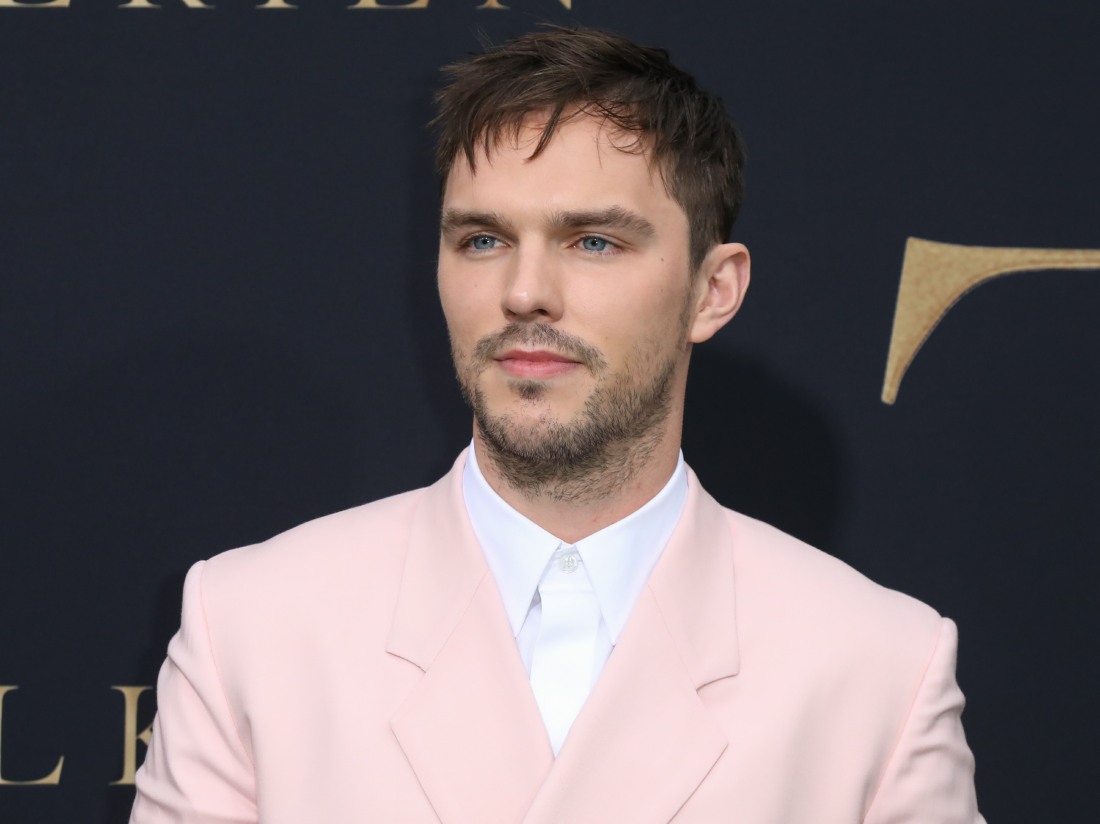 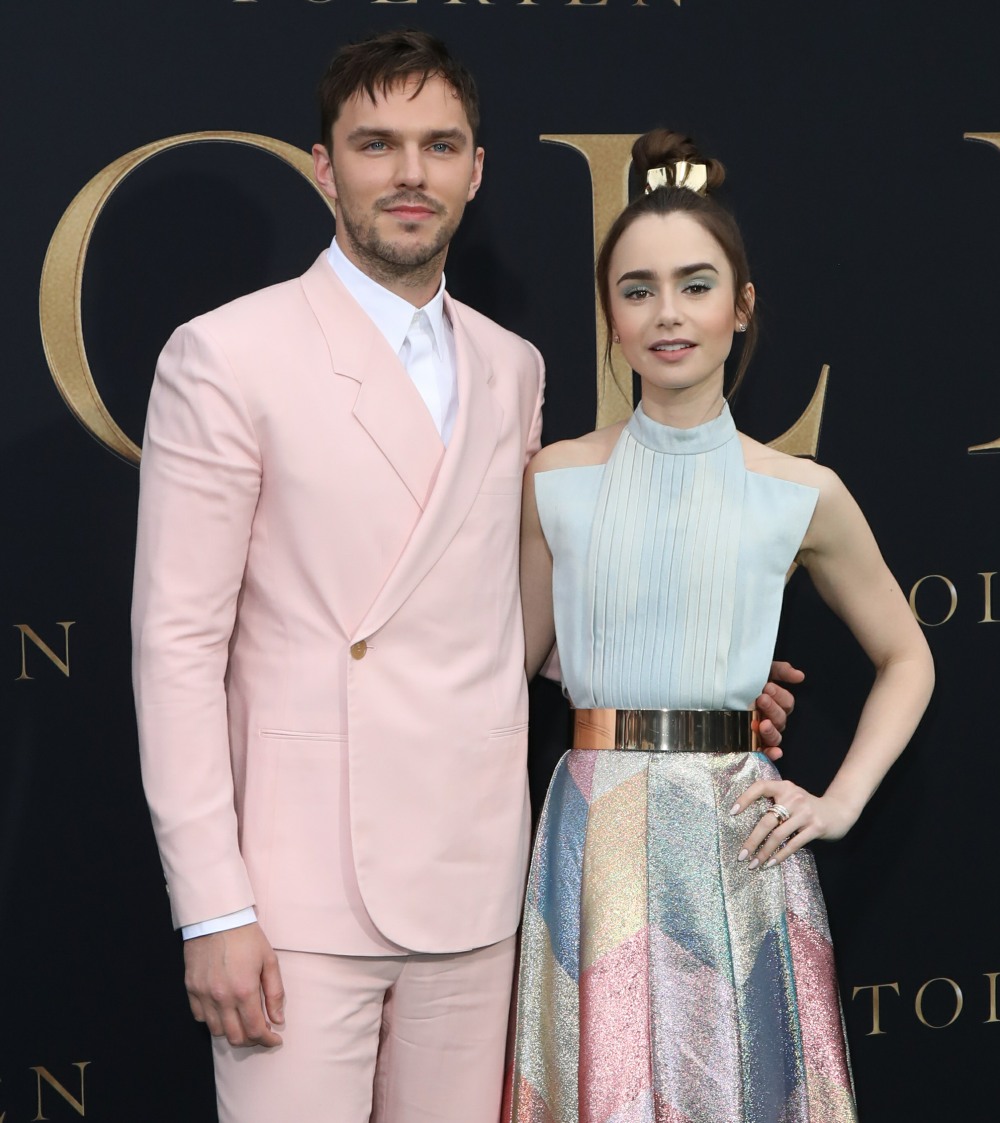 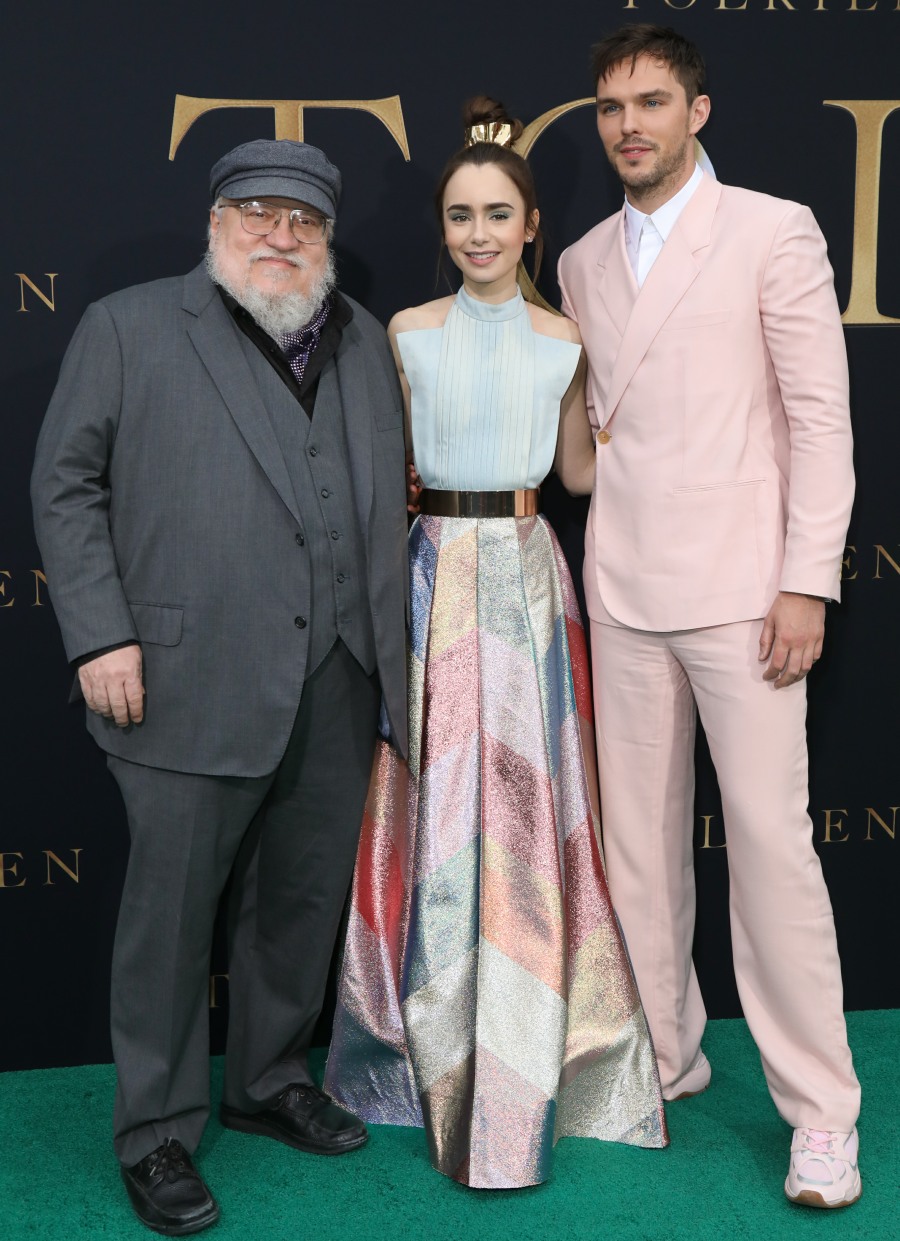 Is 50 Cent the president of Sallie Mae? Jokes abound after rapper puts Rotimi on blast over alleged debt