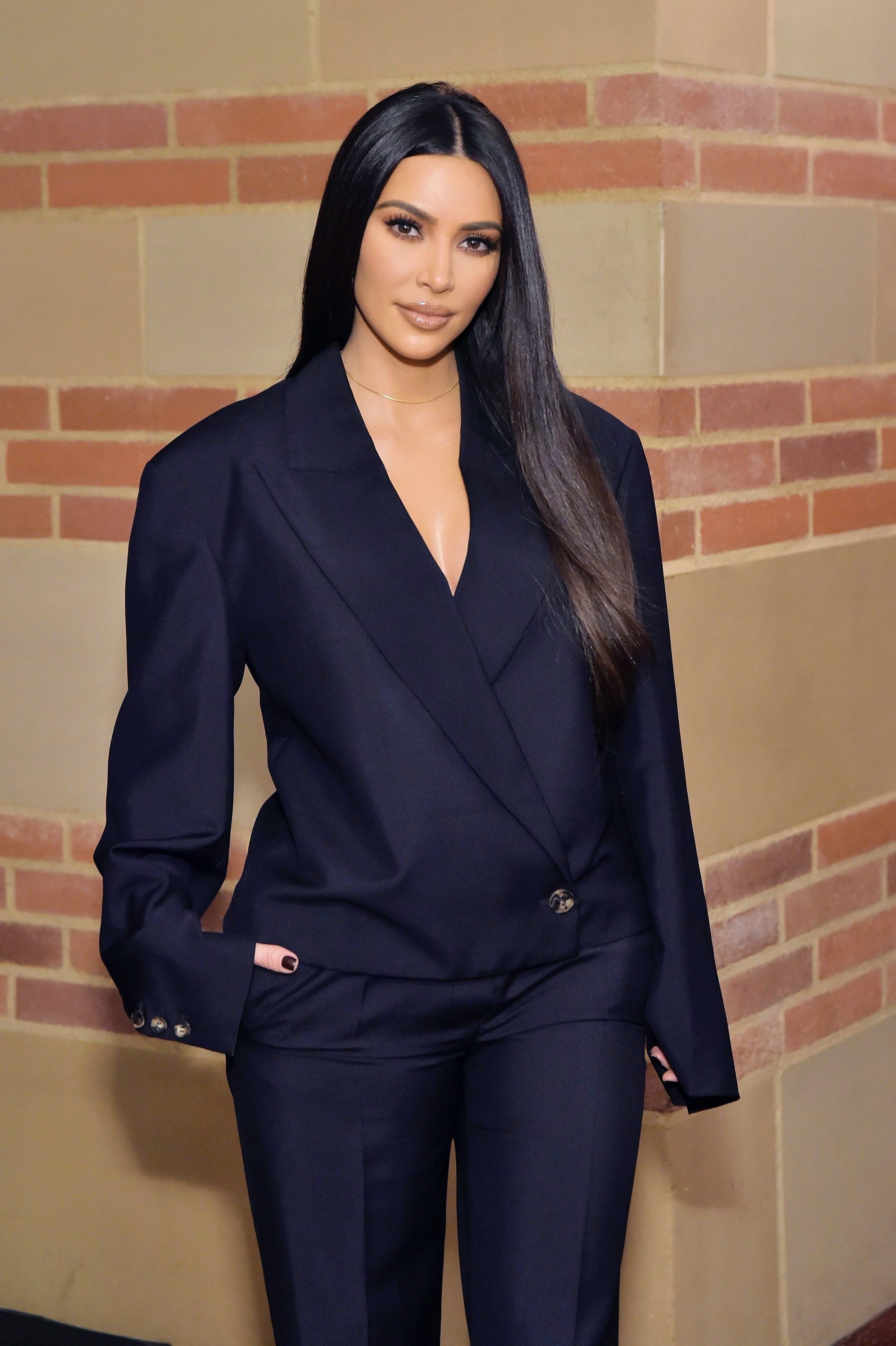 Although the Kardashian-Jenners aren’t afraid to play with their hairstyles, this most recent move from one of the famous family members was totally out of left field. On April 29, Kim Kardashian debuted blonde hair and bleached eyebrows, and she looks like a totally new person. She shared snapshots of her transformation on her Instagram Story, and TBH, I still don’t know what it all means. Is Kardashian becoming an egirl? Is this all real? It’s hard to say, but the reveal was everything.

"Can you guy guess what the set vibes are today?" She asked in the first video with the bleach on her eyebrows. Then, the beauty mogul showed off her fresh blonde eyebrows. "It’s really cute, guys, my bleached brows. I’m really into it," she says. For the final video, Kardashian is all done up with blonde hair in soft waves. Her makeup was glam to the max, and her eyebrows were almost entirely invisible. However, don’t fall in love with this change too fast.

Soon after the big reveal, the 40 year old shared a photo with her classic, waist-length brown hair and dark eyebrows once more. "I’m back to dark already, don’t worry," she wrote on the image. Even if this look was just for a day, since she was on set, you can expect more pics of the blonde hair and bleached eyebrows moment sometime in the near future. Kardashian credited both the blonde and the brunette looks to her long-time hairstylist Jesus Guerrero.

Bleached eyebrows became one of the biggest trends of 2020, and they continue to climb in 2021. If you’re on TikTok, you may have noticed an increasing amount of no-eyebrows looks, but even celebrities like Hailey Bieber and Katy Perry have also tried out this surprising look. Now that Kardashian has given bleached eyebrows her seal of approval, it won’t be long until they reach total mainstream level. And, while bleaching something so integral to your face sounds terrifying, there’s no denying how popping Kardashian’s brow bone looks.

‘The Batman’ Gets New Release Date in 2022, Warner Bros. Shuffles More Movies Too

Chris Pratt's Honeymoon Sunburn Will Have You Reaching For the Sunscreen