Following a swanky dinner with the world’s biggest stars and fashion legends, Kim headed back to her hotel to change up her look for the after party.

Heading to the city’s exclusive Up and Down club, Kim slipped into an eye-popping blue number.

Made of latex, the mind-boggling outfit shrink-wrapped the 38-year-old’s curves to allow her infamous booty to take centre stage.

Featuring a neckline so plunging it scooped all the way past her navel, Kim dared to bare as she proudly flashed the flesh.

Ditching her bra, the mum-of-three sent imaginations into overdrive as she let her chest be totally exposed. 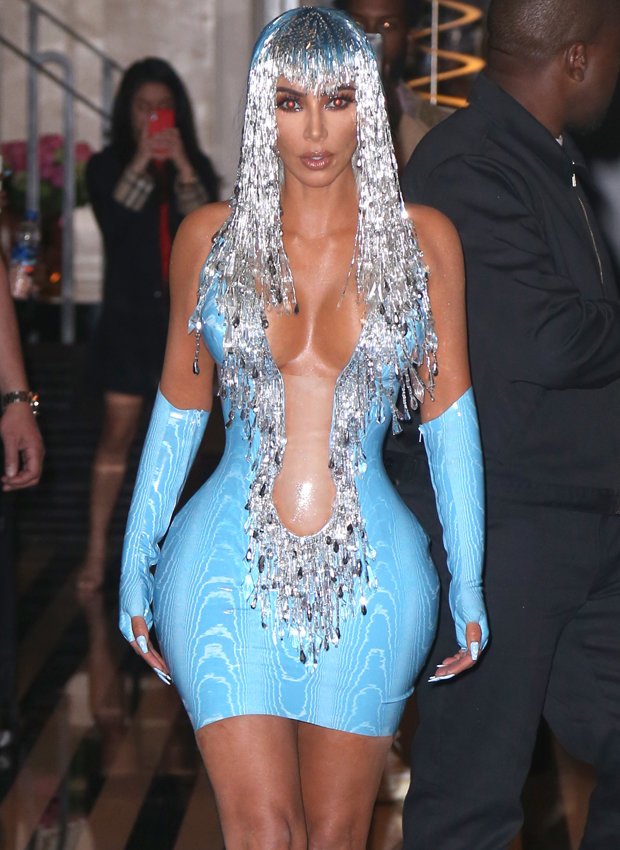 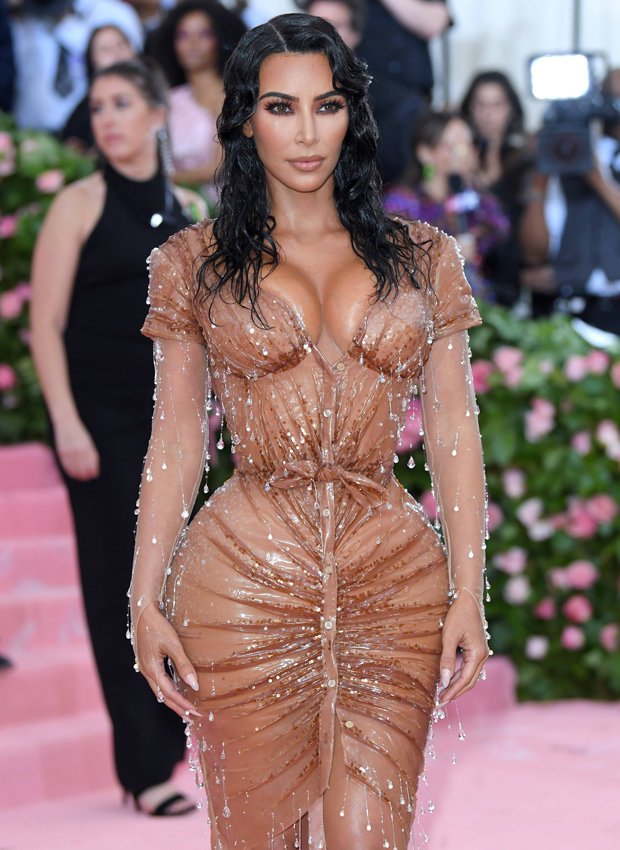 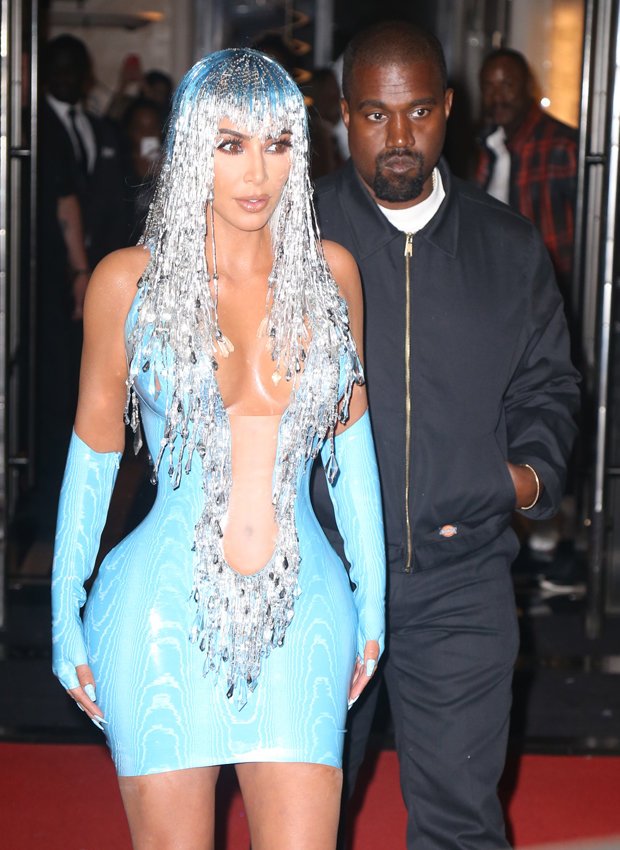 The reality TV legend completed her look with a silver wig, reminiscent of diva Cher.

Taking to Twitter before the big event, Kim shared her Met Gala looks over the years.

But rather than simply being an opportunity to show off her wacky style, she bravely opened up about the not-so-glamorous side of the event.

Alongside pics of her on the red carpet, Kim wrote: “Year one – 2013 Riccardo Tisci for Givenchy. 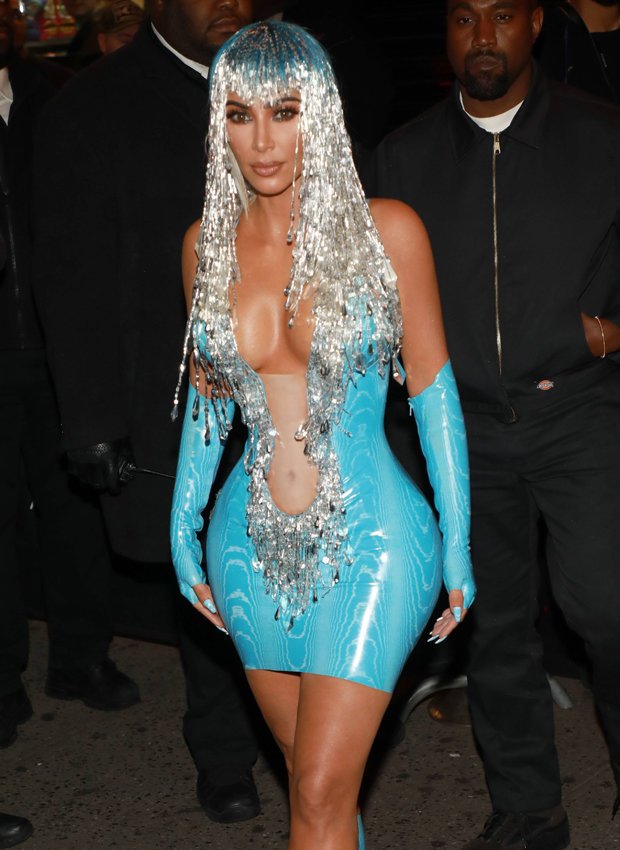 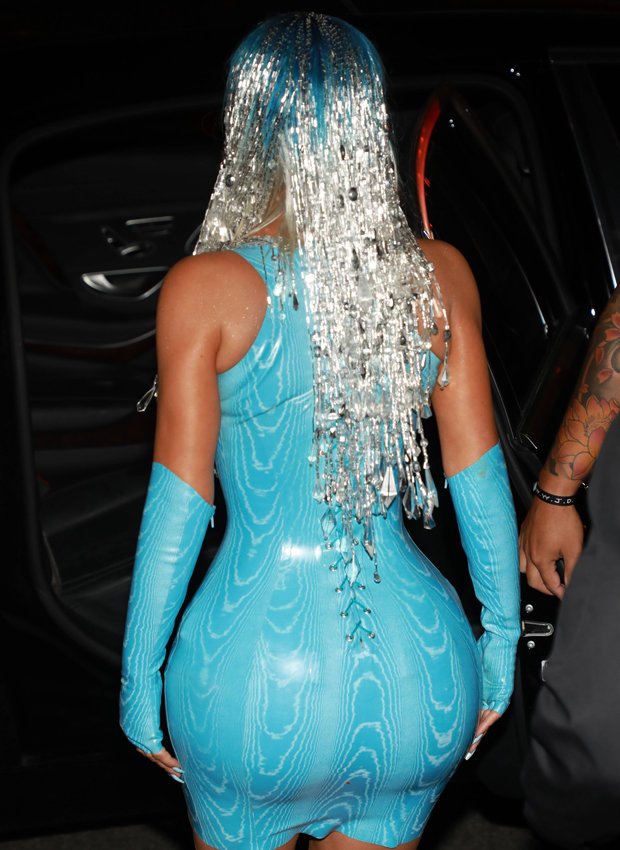 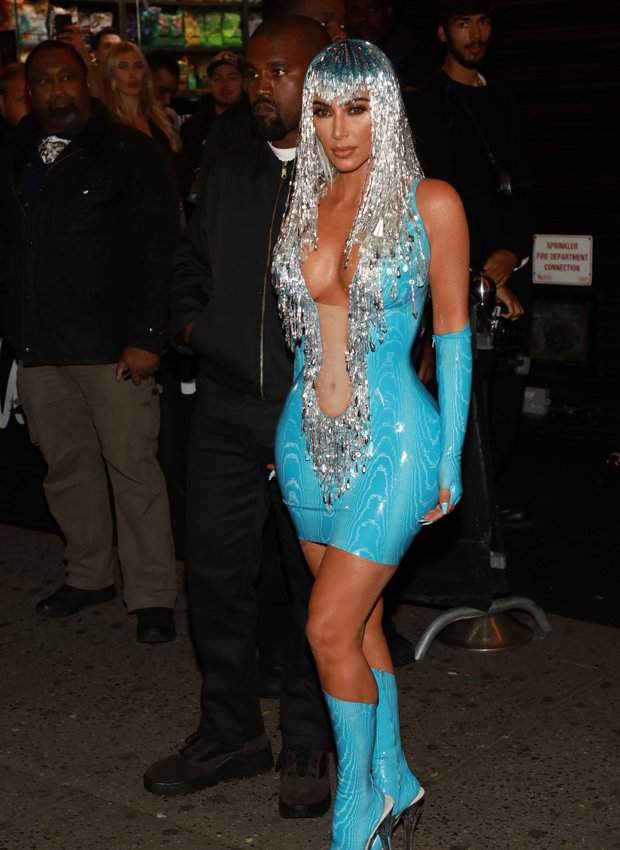 “I was Kanye’s plus one and so nervous! I didn’t know anyone and I’m sure no one wanted me there lol.

“I did my own lipstick and the colour is so off.

“I went home and cried after of insecurity but this is one of my fave looks now.”

“This was my first year going solo. I was so nervous to go by myself I almost threw up on the way and I had to pee every second.”