Khloe Kardashian has no problem poking fun at herself. The 36-year-old, who has received lots of comments about her changing appearance online, took a playful jab at herself during a new interview with pal Simon Huck on his Emergency Contact podcast.

“I was Nicole Richie’s assistant, and you were Jonathan Cheban’s assistant and we met five faces ago,” Kardashian quipped to Huck.

The Good American founder opened up about how she became Richie’s assistant after her older sister, Kim Kardashian West, famously served as Paris Hilton’s stylist.

“I went to school with her,” Khloe said of Richie. “She was one of my best friends growing up and so we were really, really close. And then, when she started doing Simple Life — I think it was after Simple Life towards the end — she just needed some help and I just needed a job.” 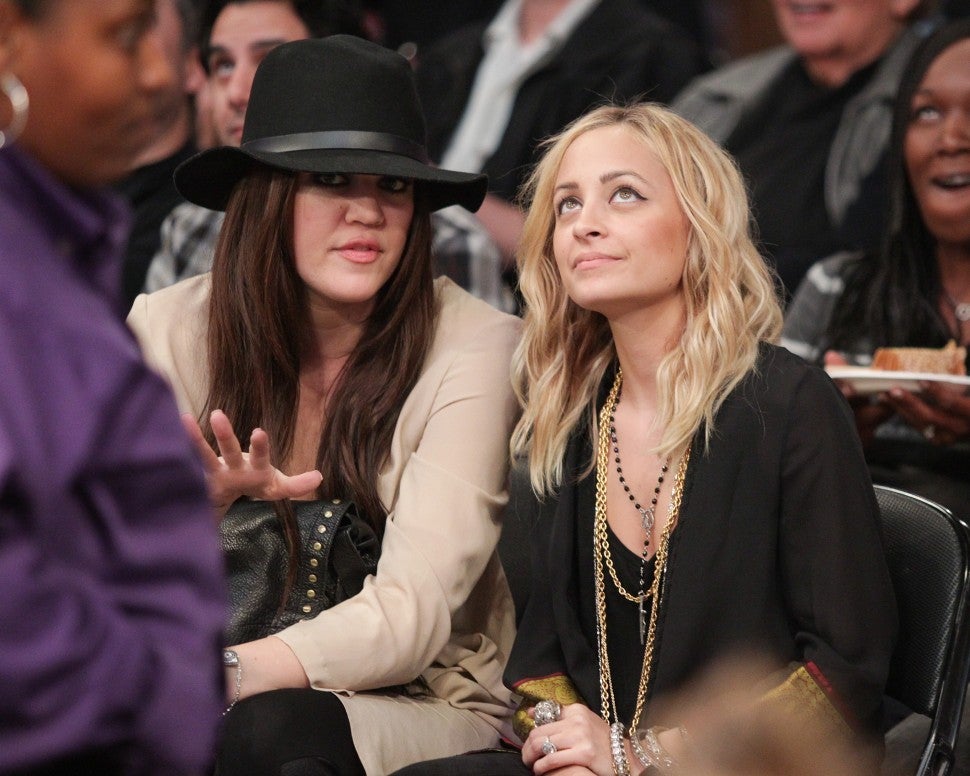 The experience happened shortly before Khloe and the rest of her family started their hit reality show, Keeping Up With the Kardashians. Despite their current fame, Khloe explained that there weren’t high hopes for the series when it first aired.

“We were told we were show filler — so don’t get too comfortable, this is just show filler — and then it turned into what it turned into,” Khloe said. “But I think with that going through in your head, it wasn’t any pressure. I wasn’t like, ‘Oh my god, the whole network’s relying on me.’ You’re just like, ‘Oh, OK, they don’t even think we’re going to last so let’s just have fun.'”

Khloe opened up about what she feels is the success behind the show, which is ending in 2021 with season 20.

“When we film, we don’t realize we’re filming and millions of people are going to watch it,” Khloe said. “We’re just filming. It’s like you’re shooting a home video.”

She also opened up about the end of the series, saying, “It’s devastating I think for all of us as well… It is sad but we’ve been doing it for about 15 years… Literally we get, like, two weeks off a year. It’s exhausting. We love it, but we’re all in a different place in our lives and we all have businesses and families and I think some of us need a nap.”

Though momager Kris Jenner previously noted that Khloe struggled with the decision the most, Khloe explained that she feels this is the right decision for everyone in the family.

“I think a lot of us needed just some time off to reset and have some time off is important with all of us,” she said. “For me, I think it’s hard because I don’t like change. I like the consistency. I like the same thing, but that doesn’t mean I don’t need a break.”

Carol Vorderman: Countdown star shuts down chat about being caught NAKED by co-star