Kendall Jenner, like many of us Netflix viewers, is a fan of Cheer, the new documentary series following student athletes on the Navarro College cheerleading team as they compete for the national title. But unlike her fellow Netflix viewers, Jenner actually got to do a stunt with the team.

In her latest appearance on The Ellen DeGeneres Show, the model and former high school cheerleader revealed her obsession with the series and one of its stars, Morgan Simianer. And just like that, Ellen DeGeneres surprised Jenner with an appearance by Simianer herself, along with a few of her fellow Navarro teammates: James Thomas, Shannon Woolsey, TT Barker, and choreographer/coach Andy Cosferent. Jenner even got her own sparkly Navarro Cheer uniform. (Lucky.)

After some coaxing, the cheerleaders got Jenner to join in on a prep (following a flawless stunt demonstration from Simianer, of course). The model seemed just as surprised as the rest of us when she pulled it off.

“After I watched Cheer, I was like, I was definitely not this type of cheerleader,” Jenner said at the top of the segment. 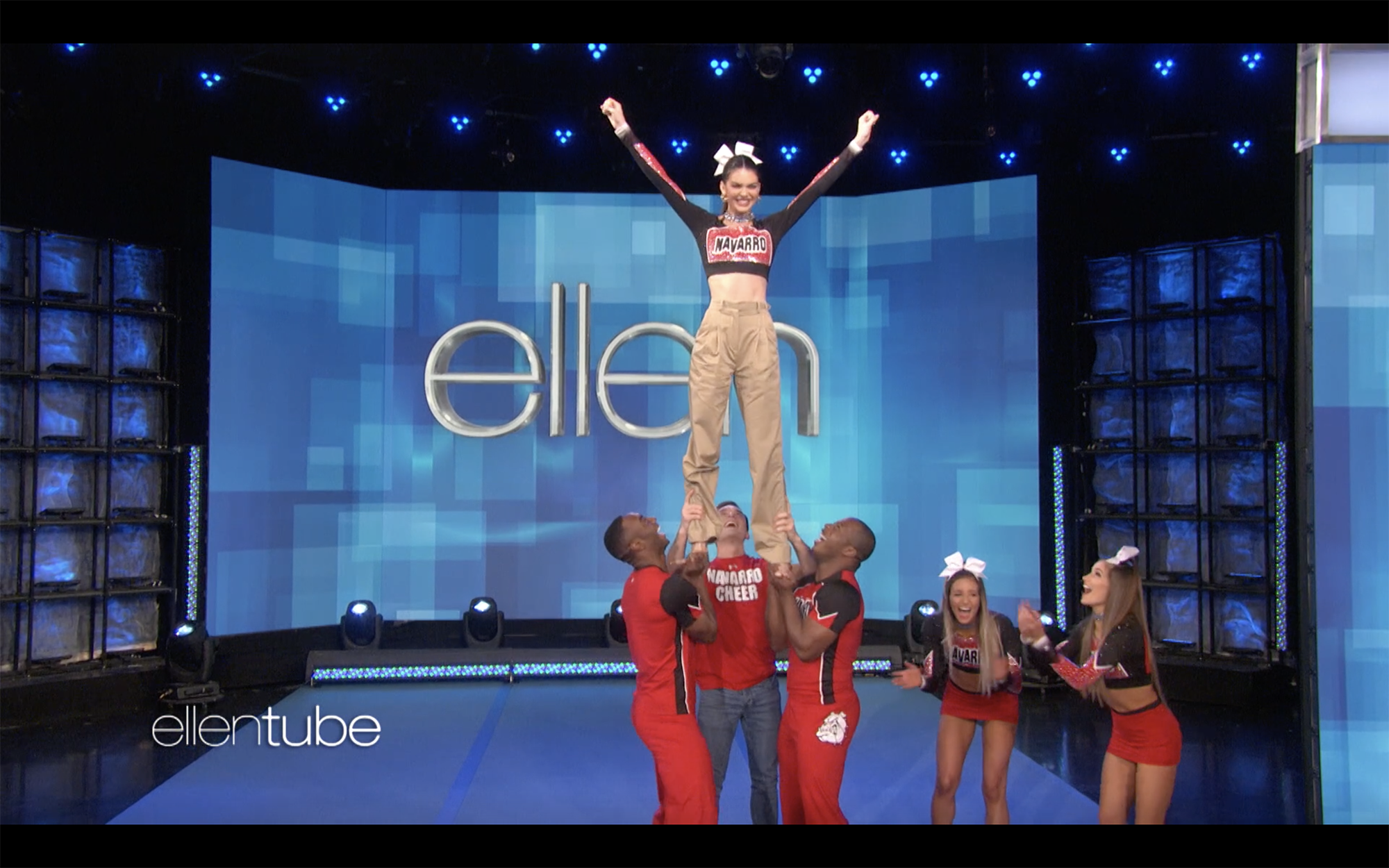 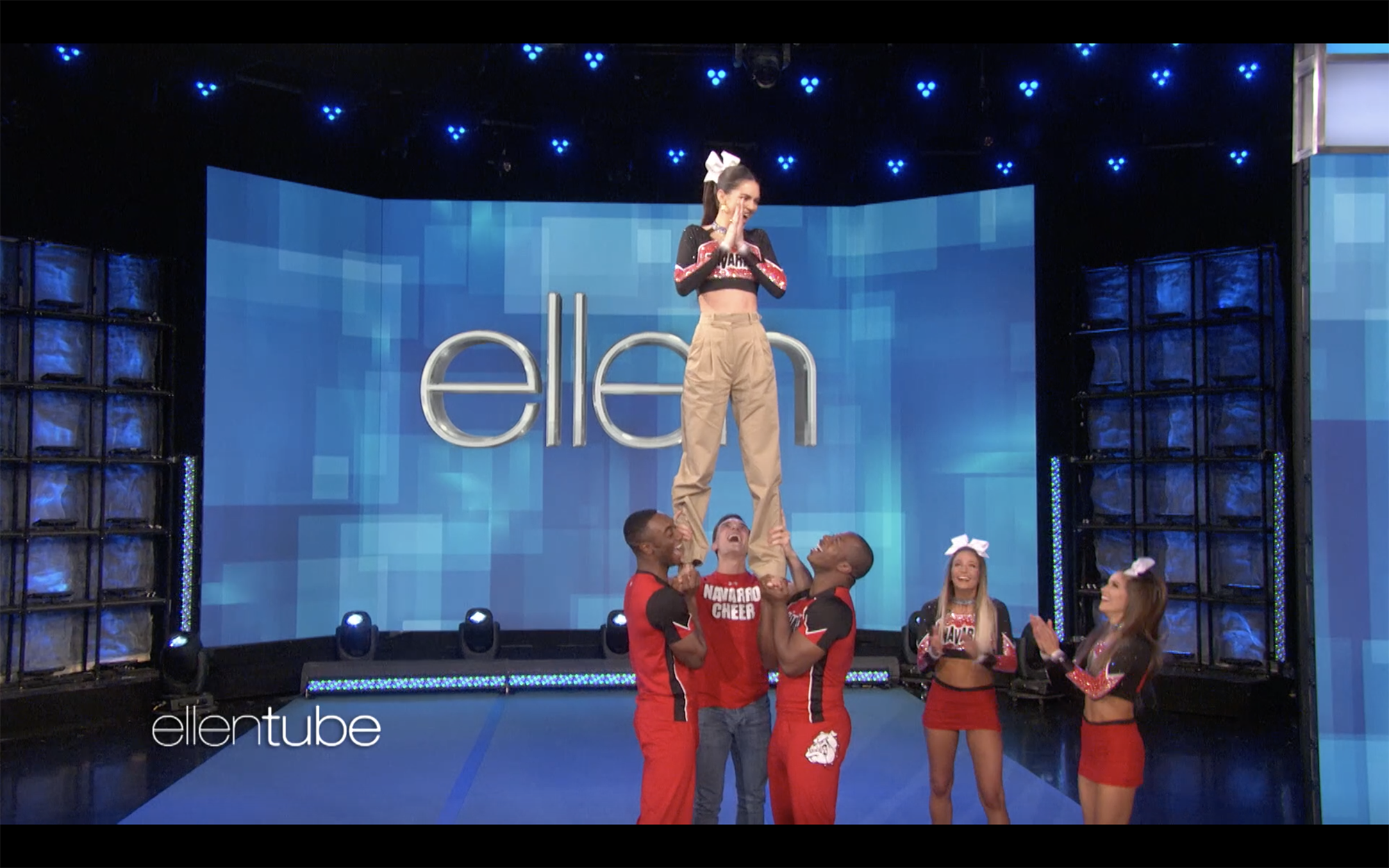 Jenner wasn’t the only one who was starstruck over the surprise meeting. Members of the cast reminisced about their big stunt on social media afterward.

“Well this just happened!! 🙈🙈 today was not REAL!!” Barker wrote on Instagram.

“We got @kendalljenner walking in the Dawg Eat Dawg world. 🐶❤️,” Thomas captioned his post.

Cheer is currently streaming on Netflix.

American Express' CMO Elizabeth Rutledge: 'It's really important for us to market the marketing'