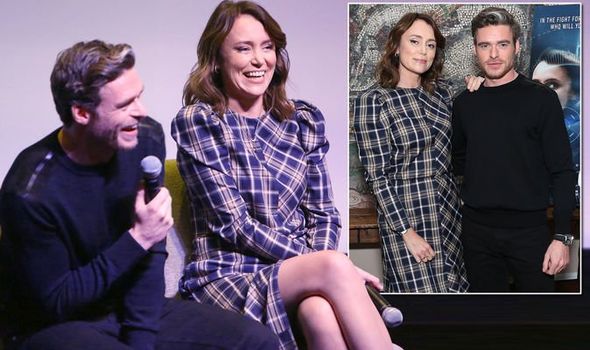 The English actress who is currently on our TV screens in the fourth and final series of The Durrells, was reunited with her former Bodyguard co-star Richard Madden, 32, at a Netflix screening of their show.

The duo, who played Home Secretary Julia Montague and PS David Budd in the popular BBC series, came together to talk about the six-part drama which is now available to watch on Netflix.

The London-born star, who previously starred in Tipping the Velvet, Ashes to Ashes and The Missing, opted for a chic three-quarter length, checkered dress for the occasion.

Keeley teamed her stylish outfit with a pair of blue suede boots which featured a silver chain detail at the ankle.

Wearing her hair in loose waves, the talented actress complimented her look with a sweep of black eyeliner and nude lips.

Her co-star Richard, who won a Golden Globe for his role in the British television series, looked smart in an all-black ensemble comprised of a round-neck jumper and trousers.

The Game of Thrones star wore his hair in a slight quiff with a distinguished streak of silver running through it, which has come to be his signature look of late.

The pair took to the stage at the New York event to talk about the series with the creator of the award-winning show Jed Mercurio.

The television writer and producer is riding high at the moment following the success of his recent work which also includes addictive TV show Line of Duty. 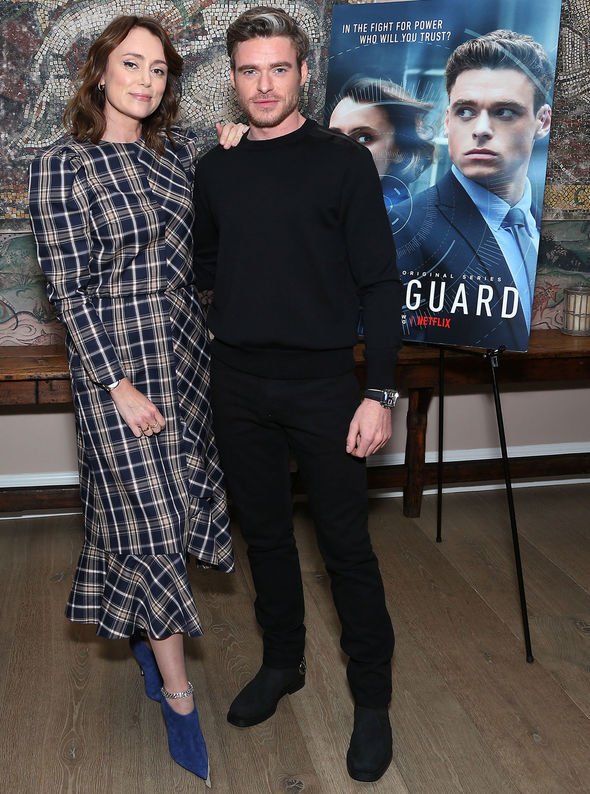 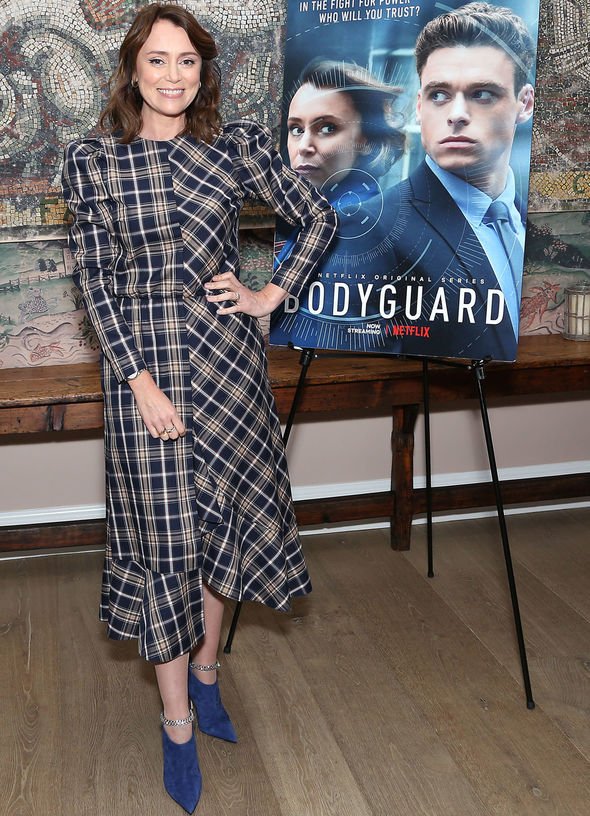