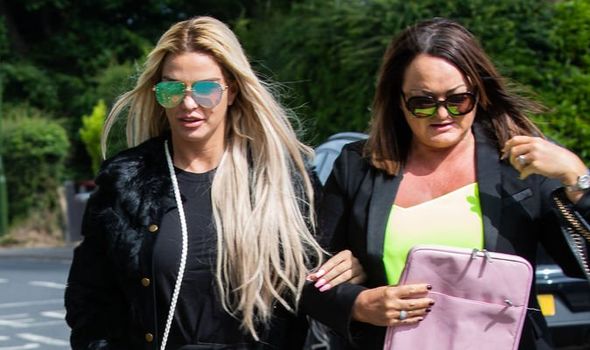 The former glamour model previously said she was “definitely not guilty” of using threatening and abusive words or behaviour likely to cause harassment, alarm or distress in Shipley on September 6 last year and was due to stand trial at Horsham Magistrates’ Court today. But when the 41-year-old, who lives in Dial Post near Horsham, West Sussex, arrived at court she changed her plea to guilty, admitting the row with Michelle Penticost – who is now dating her estranged husband Kieran Hayler – and her friend Andrea Quigley in the playground of a primary school near Price‘s home.

Paul Edwards, prosecuting, told the court during the row – which took place in front of young children and was witnessed by a teacher – Price was witnessed hurling a “tirade of abuse” including shouting “f****** c***” multiple times at both women.

Price, wearing a black faux fur coat, black trousers and heels, sat in the dock staring ahead as she listened to the evidence.

Paul Macauley, defending, said the outburst was prompted by Price‘s discovery days earlier that Ms Penticost was in a relationship with Mr Hayler.

Ordering her to pay £606 – including a £415 fine and court costs – the chairman of the bench Michael Harris said a five-year restraining order forbidding her from contacting Miss Penticost directly or indirectly was “appropriate for this unpleasant event”. 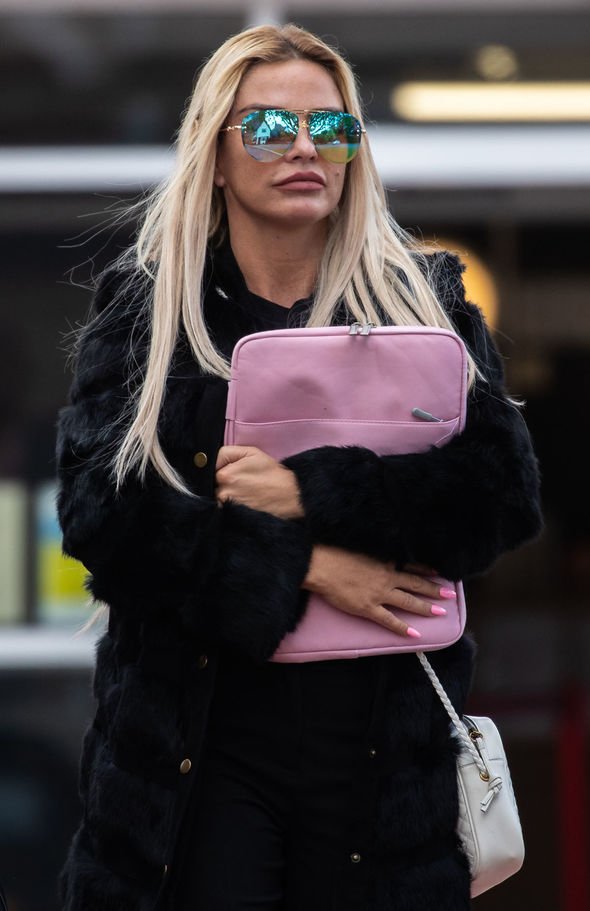 Magistrates denied an application for compensation for the victims, saying this was “actually potentially inflammatory”.

Price did not turn up to police interviews about the matter and had previously ignored a postal requisition telling her to attend an earlier court hearing, magistrates were told.

This is the third criminal court case Price has faced this year.

So far she has been ordered to pay more than £3,000 in court costs and fines.

In February she was given another driving ban after being convicted of being nearly twice the limit while in charge of her pink Range Rover and told to pay £2,425 – including a £1,500 fine. 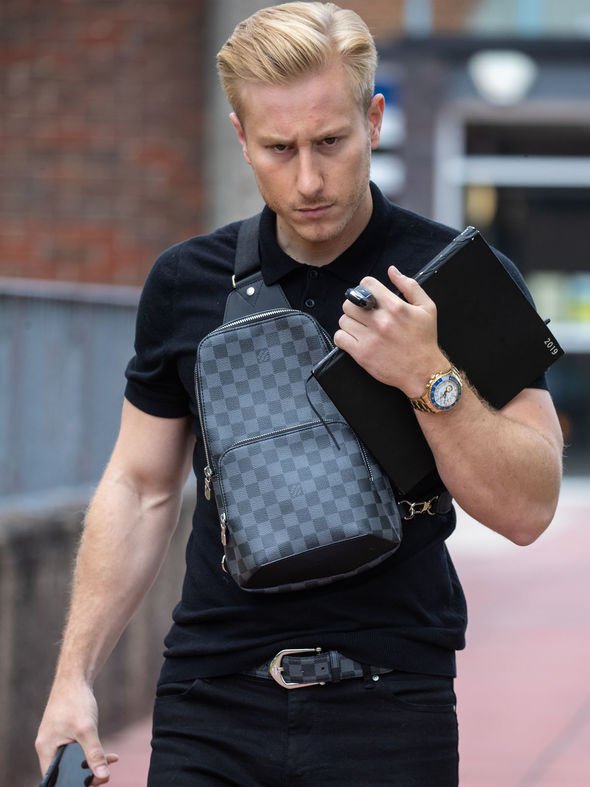 In a separate prosecution in January, she was banned after admitting driving while disqualified and ordered to pay a £1,100 fine plus court costs.

Her latest appearance comes after her boyfriend Kris Boyson attended a separate court hearing in Kent on Friday accused of threatening a policeman after a row with a paparazzo.

He denied using threatening, abusive, insulting words or behaviour with intent to cause fear of or provoke unlawful violence near his Gravesend home and is due to stand trial later this year.

The allegation came a day after Price was arrested by police who found her slumped in a drunken state in the back of her Range Rover.

Boyson attended court on Monday and sat in the public gallery while Price‘s hearing took place.

A Little Bit Of Everything!