For the first time, Kate Middleton publicly commented on the birth of Meghan Markle and Prince Harry’s baby girl, Lilibet Diana, and revealed whether they’ve met via FaceTime yet.

One week after Meghan Markle and Prince Harry welcomed their baby girl, Kate Middleton spoke publicly about the newborn for the first time. “I wish her all the very best,” Kate gushed during a conversation with the press on June 11. “I can’t wait to meet her. We haven’t met her yet. I hope that will be soon.” Kate was also asked whether she had FaceTimed with Meghan, Harry and Lilibet yet, but she said no.

Kate’s well wishes to the newborn come amidst a family rift between her husband, Prince William, and his brother, Harry. Tensions between Harry and his brother and father, Prince Charles, have been high since he and Meghan decided to step down from their royal duties at the beginning of 2020. They moved to North America with their now two-year-old son, Archie, and have been living there ever since. In March, Harry and Meghan gave a tell-all interview to Oprah Winfrey about their time in the royal family, and the bombshell accusations that they made intensified the tensions even further.

However, Harry was forced to come face-to-face with his family in April following the death of his grandfather, Prince Philip. Meghan, who was heavily pregnant, did not attend Philip’s funeral, but Harry flew back to the U.K. to mourn the loss. He was in town for just a few days before returning home to his wife and son. 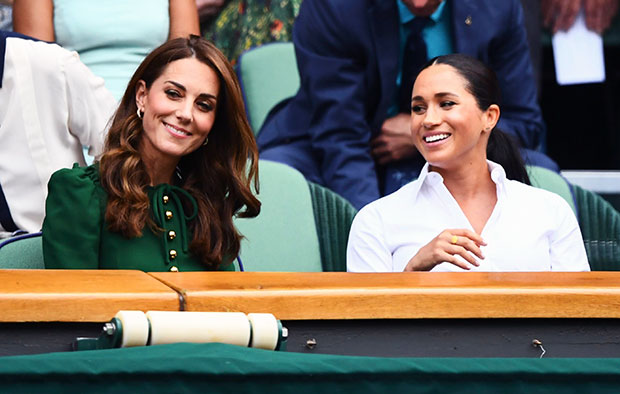 On June 4, Meghan and Harry welcomed their newest addition, Lilibet Diana, who was named after his grandmother, Queen Elizabeth, and late mother, Princess Diana. Kate and William sent their love to Meghan and Harry via social media after Lilibet’s birth, writing, “We are all delighted by the happy news of the arrival of baby Lili. Congratulations to Harry, Meghan and Archie.”

Kate’s latest statement about Lili came during a trip to a school in Cornwall amidst the G7 Summit. She was joined by First Lady Jill Biden for the event. Both ladies, who were meeting for the very first time, looked ravishing in pink outfits as they spent time with the children at the school.

Why JK Rowling's comments are so 'heartbreaking' for transgender people