Counting on their connection. Kaitlyn Bristowe is “not even slightly worried” that her stint on Dancing With the Stars will come between her and boyfriend Jason Tartick.

“We’ve talked about the fact that people have said that or maybe it has done something to relationships,” Bristowe, 35, said during a joint interview with Tartick, 31, on Blake Hortsmann‘s “Behind the Rose” podcast. “But when you have people — well, one that are in love — but two, Jason is such a confident, supportive human being and I feel like I grew up dancing with guys my whole life. … It’s so different for each relationship and I just feel like we’re in such a solid place and have such a good foundation.”

In June, the former Bachelorette was the first cast member to be announced as part of the upcoming 29th season of DWTS, which is set to premiere on ABC in September. Bristowe was surprised with the big news after taking a look back at her search for love during an episode of The Bachelor: The Greatest Seasons — Ever! and told host Chris Harrison that she would be “honored” to take on the competition. Tartick, who she began dating in January 2019, celebrated the big opportunity by her side. 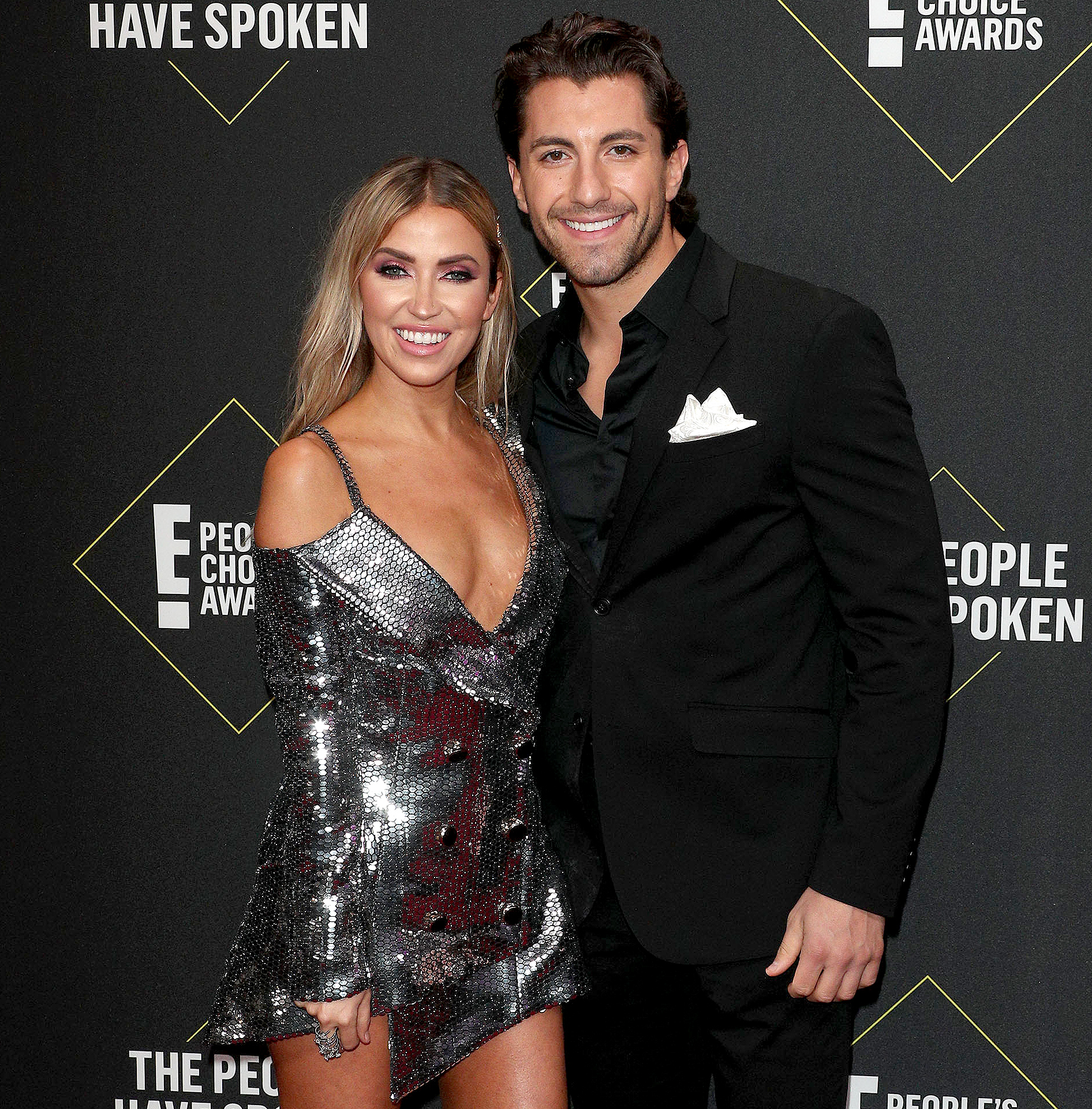 “It just comes down to trust, right?” the New York native said on the podcast, gushing over his strong relationship with Bristowe. “We have full trust in each other. Like, go dance your a– off with whoever the hell you’re gonna dance with, that’s great! But you have to have confidence in that. And for those relationships that did break, that’s a testament to the foundation and … it probably would’ve happened anyway.”

News of Bristowe’s romance with the banker came two months after she confirmed her split from ex-fiancé Shawn Booth, who proposed to her in 2015 during season 11 of The Bachelorette. Since going public with their relationship, the Bachelor Nation couple quickly turned serious. Earlier this year, the Canadian reality star told Us Weekly that she thinks an engagement is “the natural next step” in their relationship.

Bachelor Nation Couples Who Got Together Outside the Show

“There’s gonna be tests through every relationship, and I mean, if Dancing With the Stars is one, I’m not worried about it,” she said on the podcast. “Every relationship will go through hard times and I think the hardest part for us is gonna be the fact that I’m like gone all day, we don’t see each other. We’re so used to seeing each other all the time and then we’re gonna be so exhausted by the time we go to bed … It’s gonna be not as much quality time as we’re used to but that’s OK.”

Ana de Armas Gets A New Puppy & He Has The Cutest Name!