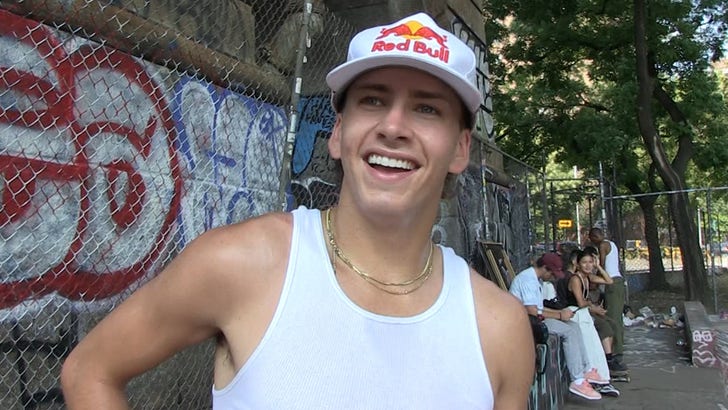 Of course, Eaton became a sensation in Tokyo last month … becoming the first American to medal in skateboarding — and he did it with a BROKEN ANKLE!!!

TMZ Sports caught up with JE this week to check in on his health … and he says things are really good!!

Eaton says he was skating on a broken ankle for 2 whole months … and it was “harsh.”

“It wasn’t the greatest situation, but again, Advil works magic … you kind of need to tough it out. It was a situation I didn’t want to be in, but again it’s like, it is what it is.”

Given his expertise in the sport, we had to ask who the best celebrity skater is … and Beliebers will love his answer!!

“I’ve seen Justin Bieber skate a little bit. I heard he rips. I don’t know. We got to set up a skate sesh or something.”

Of course, Bieber is known to be good at a TON of sports … and has skated with guys like Nyjah Huston in the past.

There’s more … we had to ask how Eaton’s social media DMs have been looking now that he’s an Olympic superstar, what his future holds and if he’ll be suiting up for the 2024 Games … and the dude couldn’t have been nicer!! 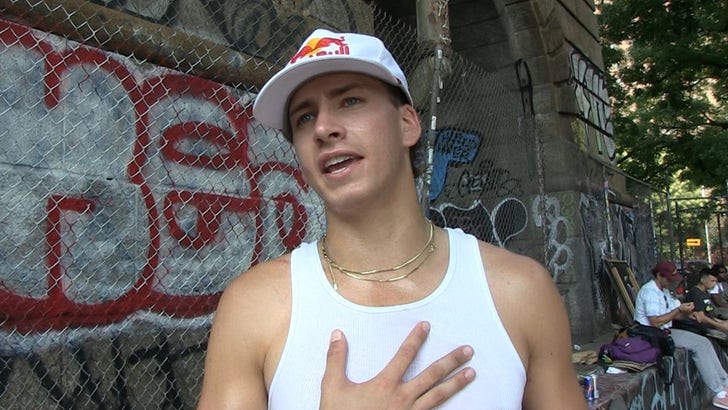 Jagger also shares what it’s like to be an inspiration to the young skaters watching him shred at the highest level … and you’ll want to check it out.