Rapper Biz Markie — most famous for his iconic hit “Just a Friend” — has died after a series of complications from diabetes that he’s been fighting for more than a year … TMZ has confirmed.

A family source tells us Biz passed away in a Baltimore hospital at 6:25 Friday night. We’re told his wife, Tara Hall, held his hand as he took his last breath … and the nursing staff was there to support his family, telling them how strong he was through his fight.

TMZ broke the story, Biz Markie was hospitalized last summer for an ailment his rep told us was related to his Type II Diabetes. At the time, the rep said, “He is receiving the best care from an amazing team of medical professionals and we remain positive about the outcome.”

However, his condition remained somewhat of a mystery until April when Big Daddy Kane made an appearance on The Breakfast Club, telling the show’s hosts Biz was doing better, and in a physical rehab facility.

Throughout his hospital stay, rumors swirled Biz was in a coma, but our source says that was never the case.

Born in Harlem, Biz first made a name for himself, nationally and internationally, in 1989 when his single “Just a Friend” became a Top 40 hit in multiple countries and went platinum.

The rapper’s career took off after that … he acted, did comedy, DJ’d and produced music. 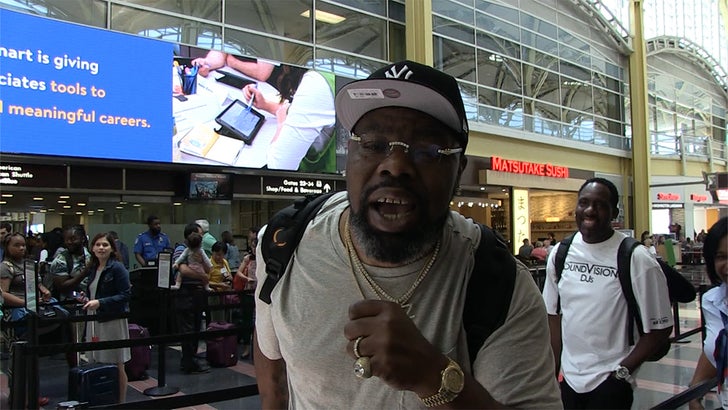 The last time we got Biz was at Reagan National Airport in DC where he joked about the unique way he paid off a debt to 50 Cent.

Brie Bella Admits She Had Her 'Tubes Cut Out' After Giving Birth To Son Buddy!

Harry Styles Through the Years: From One Direction Heartthrob to Rock God