Home » Celebrities » John Oliver rips Meghan McCain: ‘I bet her husband is gonna get so mad at me’ 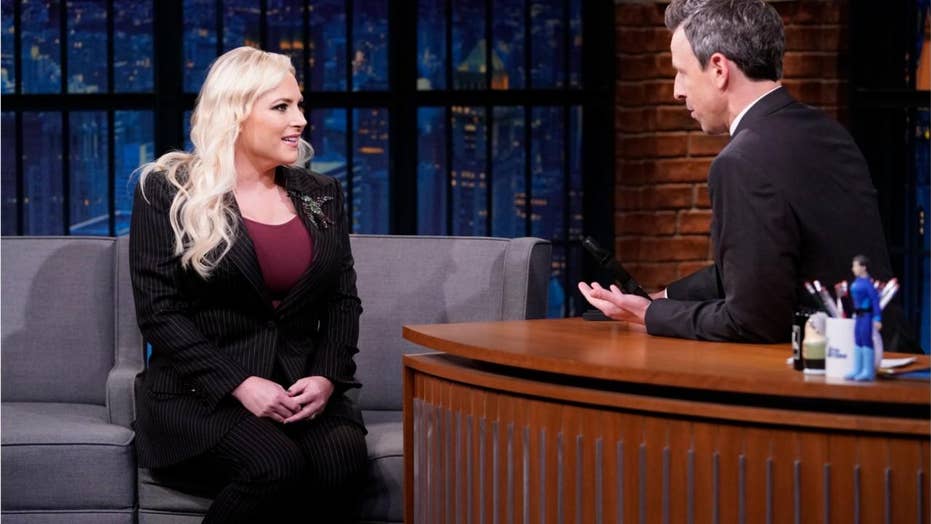 HBO’s “Last Week Tonight” host John Oliver slammed Meghan McCain on Sunday over her recent spat with Seth Meyers that resulted in “The View” co-host’s husband coming to her defense.

Oliver played a clip from Icelandic rock band Hatari, noting that a member of the bizarre group is the son of the country’s ambassador to the United Kingdom.

“You may be thinking that’s the most embarrassing child of a prominent political figure you’ve ever seen, but let me remind you the continued existence of Meghan McCain,” Oliver said. “I bet her husband is going to get so mad at me now.”

Earlier this month, McCain’s husband Ben Domenech, publisher of the Federalist, unloaded a series of insults on Meyers after the late night host had a testy exchange with his wife.

It all started when Meyers, who hosted Domenech's wife on his show, challenged McCain on her repeated criticism of Rep. Ilhan Omar, D-Minn. At one point, McCain asked Meyers if he was Omar's "publicist." 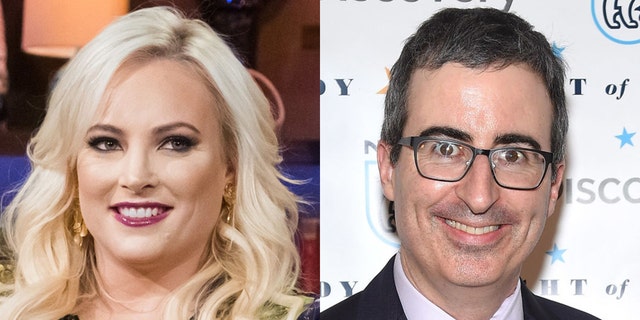 Oliver mocked the situation, saying he can’t wait to see what Domenech has to say about the segment.

“What on earth is he gonna tweet and then delete? I can’t wait to find out,” Oliver said.

McCain has been a target of liberal comedians on a regular basis recently and was also mocked on the latest episode of “Saturday Night Live.”

"I see that @sethmeyers, that untalented piece of s— who only has his job because he regularly gargled Lorne Michaels' b–s, went after my wife tonight with his idiotic anti-Semitic bulls—," Domenech tweeted, according to The Daily Beast.

MEGHAN MCCAIN, SETH MEYERS HAVE TESTY EXCHANGE OVER ILHAN OMAR: 'ARE YOU HER PUBLICIST?'

In another tweet, Domenech called Meyers an "awful person who is known in the industry for how terrible he is." "He is a monumental a–hole who is utterly unfunny. He deserves the mockery he receives from all the people who laugh at him," he added.

He also said the host served as proof that "white men get ahead despite their obvious lack of talent." "It's @sethmeyers, who would beg for a third of the viewers at @TheView," he said, referring to his wife's show.

"But the best thing is how much all the people around @sethmeyers talk about what a s—-y person he is. Because oh, it is sad. So terrible, But he deserves all of it," Domenech added in a different tweet.

Domenech eventually apologized and deleted his tweets — which Oliver seems to find hysterical.