Joe Jonas wasn’t exactly up for a game of golf after his recent birthday weekend. The 32-year-old performer celebrated his big day earlier this month, and shortly after taped a golf sketch with his brothers, Kevin and Nick Jonas, and singer Niall Horan for Jimmy Kimmel Live.

In the segment, which aired for Horan’s guest hosting gig on Tuesday, the announcers revealed that Joe was struggling after a weekend of partying.

“Still tipsy from last night. Joe has been celebrating his birthday weekend and a dizzy club could spell disaster,” the announcer shared.

The foursome went golfing but were forced to have impediments. Joe’s was that he had to press his forehead to the club and spin around 10 times before golfing. 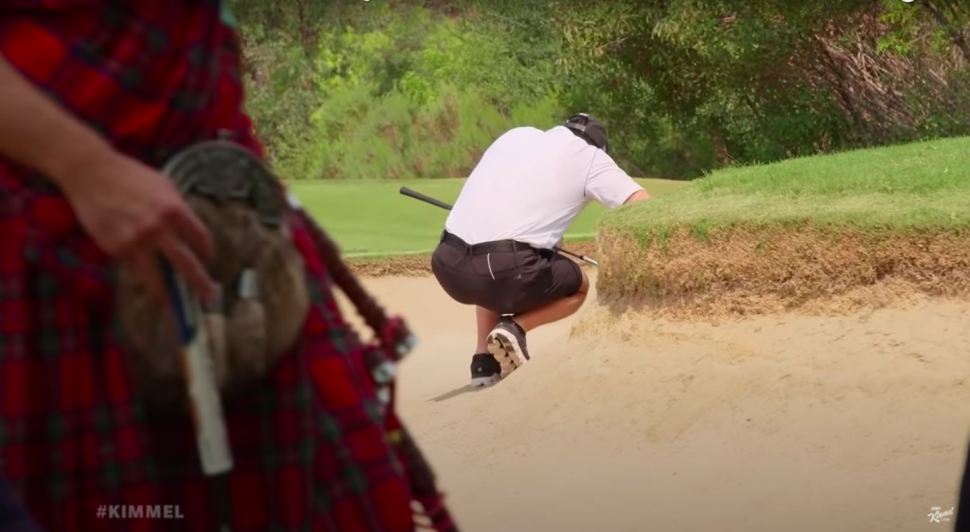 He did the move several times before he was finally spotted squatting over and throwing up in the sand pit.

“Joe Jonas, quietly retching in the background,” the announcer said during the moment. “Joe’s a veteran golfer. He knows to always do the sick in the sandbox. It’s nature’s litterbox.”

Coincidentally, Joe had a Masters golf-themed birthday celebration with his wife, Sophie Turner.

At the time, he shared photos from the festivities, writing, “Thank you everyone for the b-day love yesterday ❤️ #32.”