Jeff Hordley, 51, who plays Cain Dingle on Emmerdale, was busy at work on his allotment as his wife and co-star Zoe Henry, 47, shared a candid snap. The Rhona Goskirk actress revealed they had marked a new milestone as she shared some good news on Twitter.

In view of her 103,000 followers, Zoe couldn’t contain her excitement as she revealed their vegetables had been growing on their plot.

She penned: “Potatoes finally in @HordleyJeff.”

The Emmerdale star accompanied the caption with a picture of Jeff and their family dog Ronald.

Zoe’s other half could be seen digging up the earth as he held a mini spade in his right hand which was covered by a bandage. 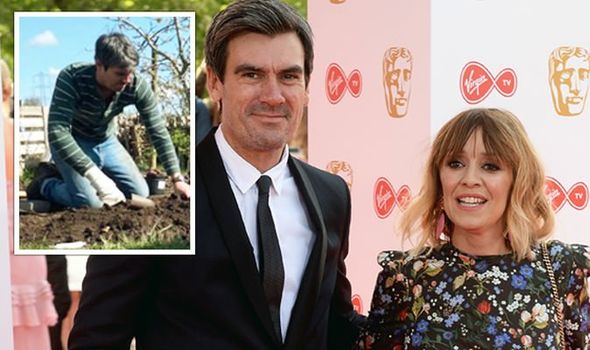 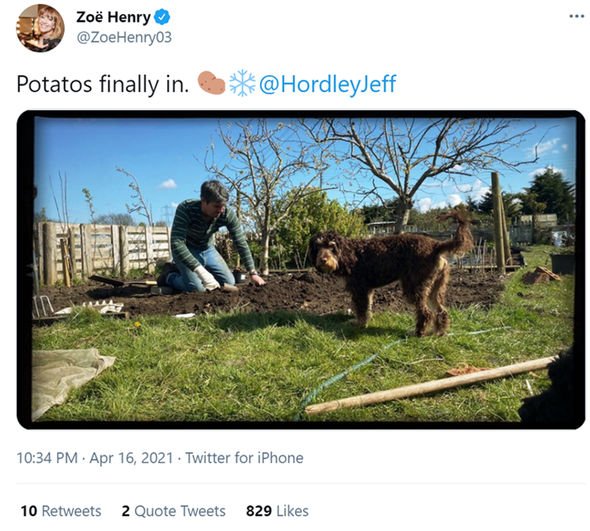 The photo sparked concern amongst their fans, as many people quizzed Zoe.

One wrote: “What’s he done with his hand?”

Another commented: “Is that the same sore hand that he is also displaying in Emmerdale?”

“What’s Jeff done to his hand? Noticed it on this week’s episodes,” a third said. 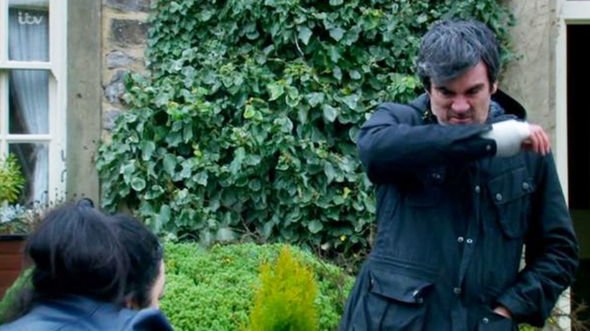 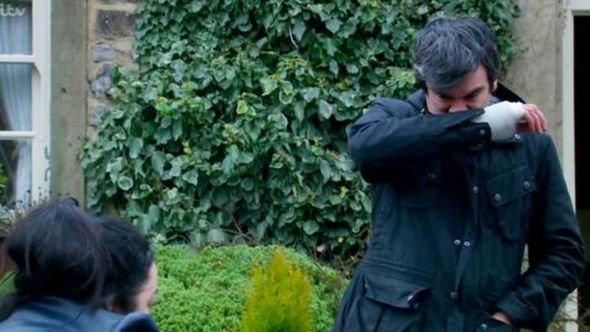 Zoe didn’t respond to their questions but it comes after viewers noticed the soap star was wearing a bandage on his right hand during last week’s episodes of the soap.

Emmerdale fans were left feeling rather concerned for actor Jeff (Cain Dingle) after tuning in on Monday evening.

At the beginning of the episode, Cain was seen talking to his mum Faith (Sally Dexter) and son Nate Robinson (Jurell Carter), and the conversation quickly turned to his injury.

“What happened to your arm?” Nate asked him, as Faith quizzed him some more.

“Okay, if you must know, I was helping me dad out,” Cain replied.

“I thought he was too old to be climbing up ladders doing DIY, he forgot to tell me one of the rungs was loose.

“Anyway, I’m not here to talk about me,” he added, looking frustrated at his mother.

Later on in the episode, he was heard saying: “I’m a bit shorthanded,” leaving viewers to wonder if Jeff had injured his arm in real life.

One viewer quizzed: “I’m just wondering but has Jeff hurt his hand in real life?”

Another penned: “I wonder if Cain has damaged his hand in real life #Emmerdale.”