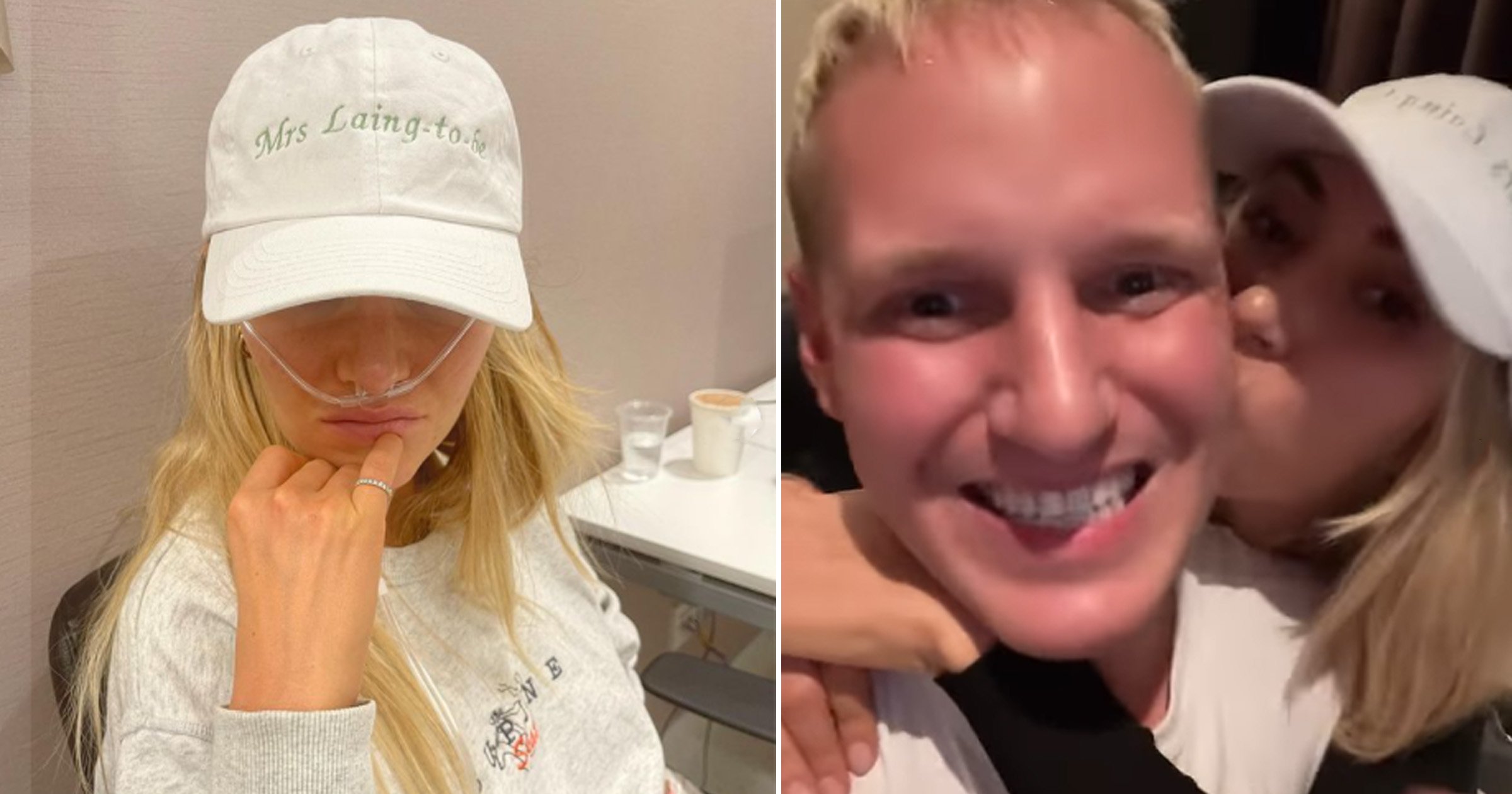 The newly-engaged couple shared on social media that 28-year-old Sophie is ‘not so well,’ but it seems no illness is going to stop her from sharing her exciting news with the world.

Jamie, 32, gifted the hat to his wife-to-be when he popped the big question over the weekend.

Taking to Instagram, Jamie posted snaps of Sophie wearing a cosy tracksuit, sitting in a hospital room while attached to a drip.

Her white ‘Mrs Laing-to-be’ baseball cap was on full display, as he captioned the photos: ‘Not so well little thing but she’s still wearing the hat,’ followed by a crying laughing emoji.

Fans flooded his comments section with concern and well wishes, before the business owner shared on his story that Sophie is ‘all ok.’

The two broke their engagement news on Instagram on Saturday with an adorable video.

Jamie’s fiancée appeared in total shock over what had happened, covering her face while he filmed.

The post also included sweet snaps of the pair snuggling in an armchair in a bar, both with beaming smiles on their faces.

‘I couldn’t think of anything better than spending the rest of my life with you,’ Jamie, who reached the final of Strictly Come Dancing last year, wrote in his caption.

Influencer Sophie also took to social media to celebrate with a super excitable caption: ‘WE ARE GETTING MARRIED!!!!!!!!!!!! I cannot wait to spend the rest of my life with you.’

Jamie and Sophie were first rumoured to be dating in April 2019, and they went on a date during an episode of Made in Chelsea in June, despite previously insisting they would remain friends.

But now, they’re more loved up than ever, and frequently praise one another to their social media followers.

Following his engagement post, Jamie’s former Made In Chelsea co-star Oliver Proudlock – who recently announced that he and his wife Emma Connolly are expecting a baby together – was overjoyed by the news.

The couple were inundated with sweet messages of congratulations from other celebrity friends, includng Strictly pro Gorka Márquez, who commented: ‘Congratulations to you both!’

Sophie still features on Made in Chelsea, alongside owning a swimwear brand.

Harry Styles Through the Years: From One Direction Heartthrob to Rock God