Meghan and Harry: Oprah on why couple agreed to interview

James Jordan, 42, has been criticised by some of his 272,000 Twitter followers for accusing Meghan Markle, 36, of being “desperate for fame” while tuning into the Duchess of Sussex’s interview with her husband Prince Harry, 36, on ITV this evening. The former Strictly Come Dancing professional also compared the royal couple’s conversation with Oprah Winfrey to an episode of The Jeremy Kyle Show.

James began by saying: “Looking forward to watching a couple of celebs do the biggest interview of our lives

“The same couple who left the UK for their privacy.

“But so many of you trust a woman that not only fell out with her own family but pulled him away from his.

“She has ALWAYS been desperate for fame.” 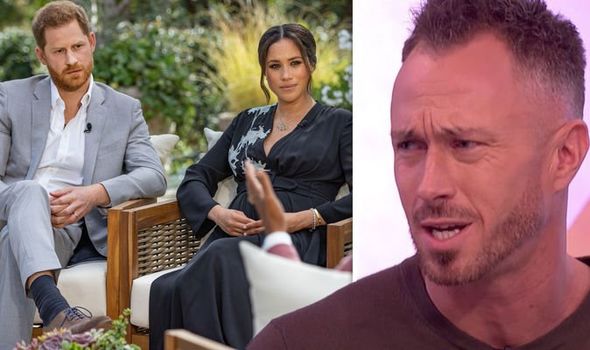 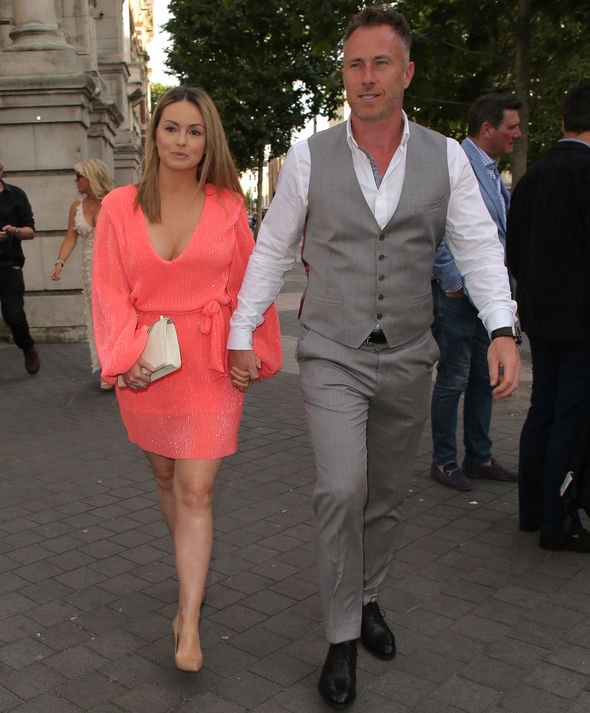 Social media users took to the comments section of the Dancing On Ice winner’s post to share their thoughts.

Some fans expressed their outrage over his remarks, with one person saying: “Know her personally do you James? Believe everything you read? Remember Caroline flack #bekind.”

“Tell me what I said that is horrible or untrue,” James then hit back.

A second fan then asked James how he would feel if his wife Ola Jordan’s privacy was “invaded” like Meghan’s was when she joined the royal family. 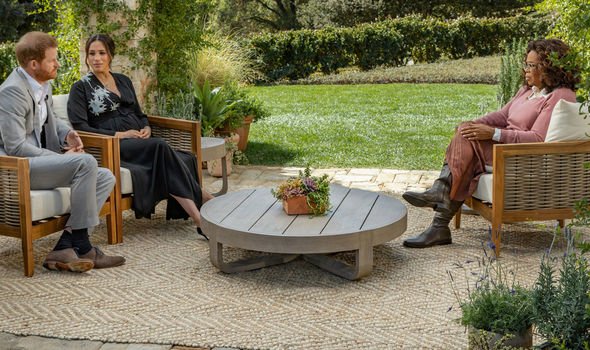 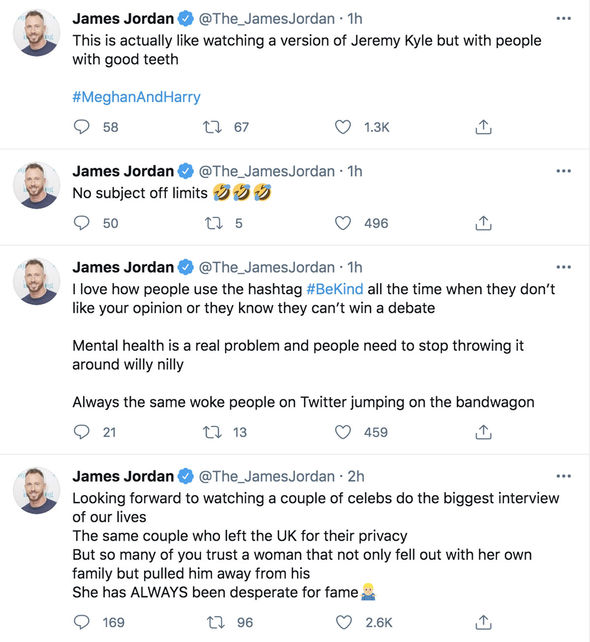 They penned: “They never said they wanted privacy! They wanted to get away from media harassment!

“Surely you know the difference between consent and invasion of privacy! Wherever you see Meghan’s name – replace it with Ola! You’ve opened up on here recently – I would expect more empathy!”

A third person commented: “This is gross. Many people fall out with their families because they are toxic and cruel. I’m sure you’d be fine if your family sold private letters or wrote a tell all about you. Her colleagues support her. Her MOTHER who raised her supports her. You’re a parent now. Do better.”

A fourth Twitter user pointed out: “How do you know she pulled him away? He might have been the one to want away. why is everything Meghans fault?”(sic)

However, other fans agreed with James on his thoughts about the tell-all interview, with one person replying: “I agree with you 100% James. The couple that left the UK to get away from the media and then do an interview with Oprah.”

A second person said: “Well said James, you’ll be crucified though as you can’t criticise anymore.”

A third fan penned: “Can’t watch it. Makes me want to kick the tv.”

James didn’t seem to be put off by the backlash he faced over his comments as he went on to add in a separate tweet: “This is actually like watching a version of Jeremy Kyle but with people with good teeth.”

He also tweeted: “I love how people use the hashtag #BeKind all the time when they don’t like your opinion or they know they can’t win a debate.

“Mental health is a real problem and people need to stop throwing it around willy nilly. Always the same woke people on Twitter jumping on the bandwagon.”

It comes as Meghan spoke candidly to Oprah on her time as a member of the Royal Family while living in the UK with Harry and their son Archie Harrison Mountbatten-Windsor.

The Duchess of Sussex described the Queen as being “really welcoming” in one part, however, she also discussed how she felt upset after Archie was not made a prince.

She went on to claim that there were multiple conversations and concerns about “how dark” her son’s skin colour would be before he was born.

The host asked who made such a statement. However, Meghan would not reveal who it was, saying it would be “very damaging” to their reputation.

Oprah With Meghan and Harry is on ITV at 9pm on Monday March 8. You can watch the full interview afterwards on the ITV hub.