Aside from being geographically very close to his mother-in-law Doria Ragland, Prince Harry is said to enjoy a special bond with Meghan Markle‘s mum.

SEE: 13 best-dressed celeb mother of the brides: From Sarah Ferguson to Carole Middleton

Not only has the royal previously described the yoga instructor and psychotherapist as “amazing”, but he has also enjoyed summer breaks and even very special anniversaries with Doria. Take a look inside Harry and Doria’s relationship away from the cameras…

WATCH: Everything you need to know about Meghan Markle’s mum Doria Ragland

The Duchess of Sussex was thrust into the spotlight after her relationship with Harry became public in 2016, but just one year later, King Charles III’s youngest son made it clear that the couple had become very involved in one another’s families. During their engagement interview in 2017, the happy couple revealed they had spent lots of time with Meghan’s mother.

“I’m sure the onset, both my parents and my close friends were concerned, because we got very quickly swept up in a media storm that, as I shared, was not part of my life before that, but they also had never seen me so happy,” she said of the start of their relationship. 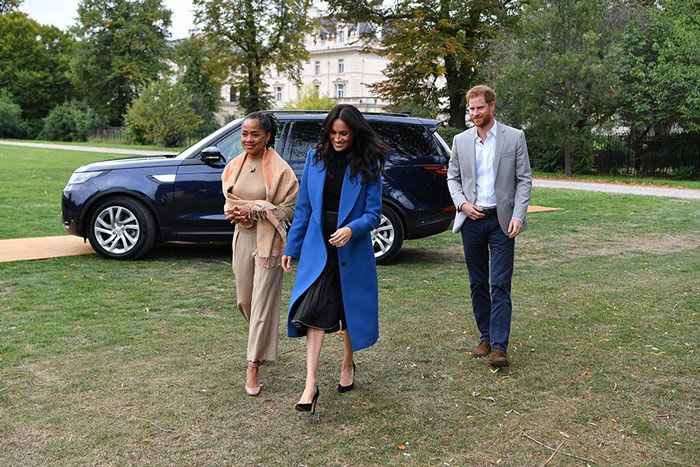 “And I think also once my friends – excuse me, were able to – to really meet Harry, and my mum, who we’ve spent a lot of time with, who is so much fun.” Prince Harry added: “Her mum’s amazing.”

Following their royal wedding in 2018, which Meghan reportedly planned with input from Doria, the Duke and Duchess spent their summer break in a private Cotswolds home where Doria reportedly visited them.

Royal correspondent Omid Scobie later wrote on Twitter: “Doria is said to enjoy a close relationship with Harry and continues to be a pillar of strength for Meghan.”

They also decided to share their low-key first wedding anniversary with Doria in 2019. In Finding Freedom, co-authors Omid and Carolyn Durandit wrote: “On the anniversary of their first year of marriage, Harry and Meghan enjoyed a traditional Sunday lunch with Doria, her last meal before travelling back to LA. 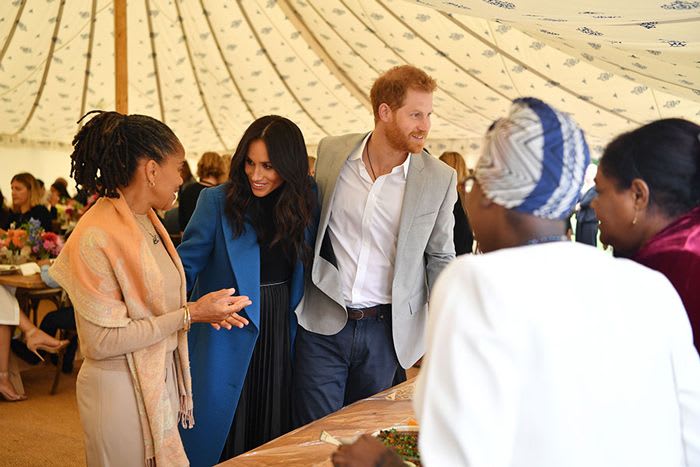 The yoga instructor lives in LA, not far from her daughter and son-in-law’s Montecito home

“Her five weeks at Frogmore had flown by, but she had to get back to work.”

One year later and Harry and Meghan had stepped back as senior royals and moved to the United States, where they now live in Montecito with their two children Archie and Lilibet.

Located less than two hours away from Doria’s Los Angeles home, Harry and Meghan’s property boasts a nine-bedroom main house and a separate two-bedroom guesthouse which offers Doria plenty of space to stay – especially if she wants to help out with babysitting duties and spend lots of quality time with her daughter, son-in-law and grandchildren.

During these visits, Doria has likely passed on her passion for yoga, which is already shared by her daughter. Meghan is known to love yoga and other mindful practices, and her husband reportedly embraced an early-morning Buddhist meditation routine.