Holly Willoughby, 41, has been splashed across the headlines ever since she and Phillip Schofield were accused of jumping a “14-hour” queue that had assembled to say farewell to the Queen Elizabeth II lying in state. The This Morning presenter appeared to have moved on from the furore with a tender birthday message in celebration of her youngest son.

Chester turned eight today, and Holly shared a seemingly makeup-free photo of herself and her son cuddling together to mark the occasion.

“Early morning blurry snuggles with the birthday boy!” she announced to her eight million followers.

“Happy 8th Birthday Chester…we love you so very much,” she continued affectionately, adding a football emoji to leave no-one in doubt about one of his favourite hobbies.

Celebrity pals flooded the comments page with happy birthday tributes, including Rochelle Humes, who is a co-presenter on This Morning.

READ NOW: Richard Gere’s mortality fears as he hopes to live to see kids grow up 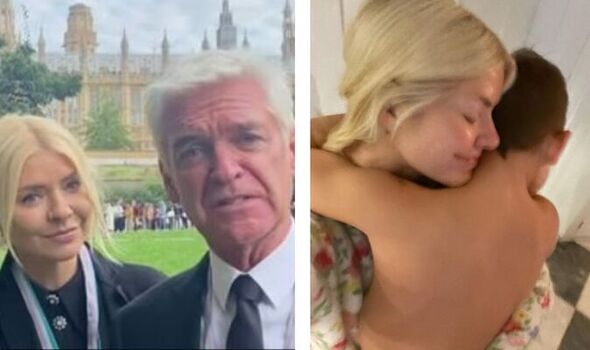 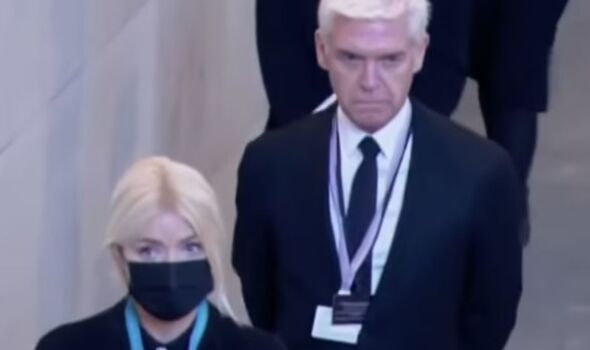 Meanwhile, ex-footballer Alan Shearer and model Abbey Clancey were among those joining in, with the latter exclaiming: “Happy birthday to our gorgeous Chester, have the best day beautiful boy!”

“8!?!? How is that even possible. The days are flying by so take those cuddles at every opportunity,” advised Jake Humphrey.

Holly always keeps her children’s faces hidden away from social media, preferring to take photos of them from a back or side angle, and today was no exception. 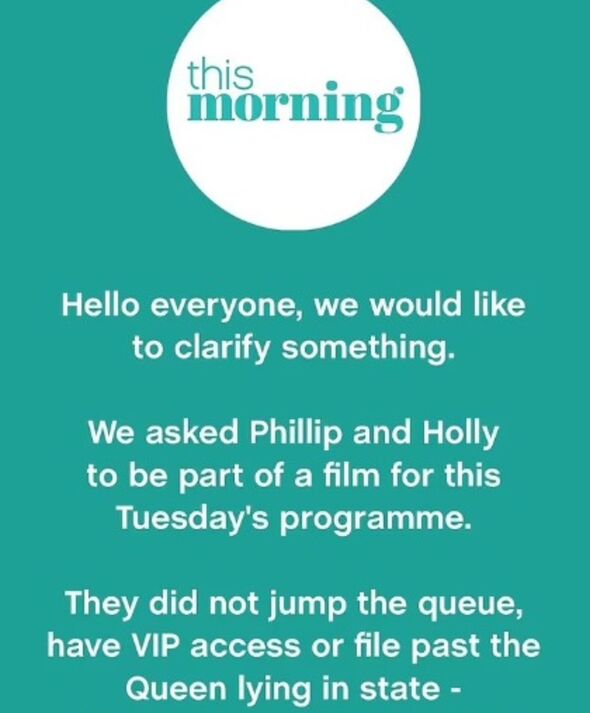 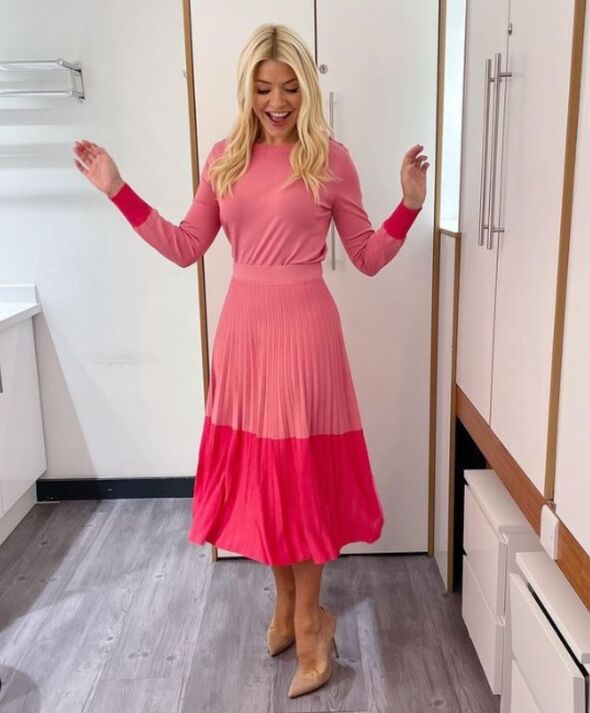 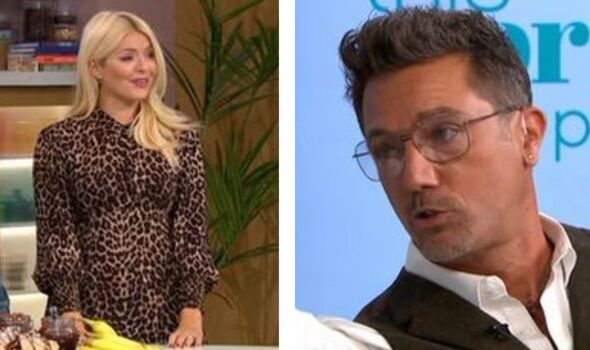 It is the first personal post she had made since the queue row first erupted.

After taking a break from social media, fuelling unsubstantiated rumours that she could be sacked from This Morning over the issue, she returned to the picture-sharing site last Thursday.

She recently spoke out in honour of This Morning fashion presenter Lisa Snowdon, who she congratulated for her win on Celebrity MasterChef.

Other recent posts have focused on her professional life, featuring her various outfits.

Today, she announced that Gino D’Acampo was taking over the show, while Stacey Solomon would be on the show to discuss her latest book.

During the programme, Gino cheekily told Holly and Phillip: “It’s all about me, not you two”, and then mocked Holly’s animal print outfit, asking why she was dressed like a member of the Flintstones.

He scarcely spared Holly’s blushes when he continued by quizzing: “Where is the bone?”

Some viewers took to Twitter to exclaim they weren’t sure if they could “cope” as they reacted to Gino’s antics.

Fans flooded Twitter with crying with laughter emojis as they looked on, with @Mofoman360 exclaiming: “Gino is a legend!”

Meanwhile, @StewTRob joked: “Turn on the telly, it’s Gino all about himself #ThisMorning.”

@RLTaylorBBCNews tweeted: “GINO BACK! WE MISSED HIM!!” in reference to his previous escapades with Holly and Phillip pre-queue gate.

Although a petition to oust the pair from the show reached more than 65,000 signatures, it does look as though the heat is off Holly again as fans enjoy more of her hilarious interactions with Gino.