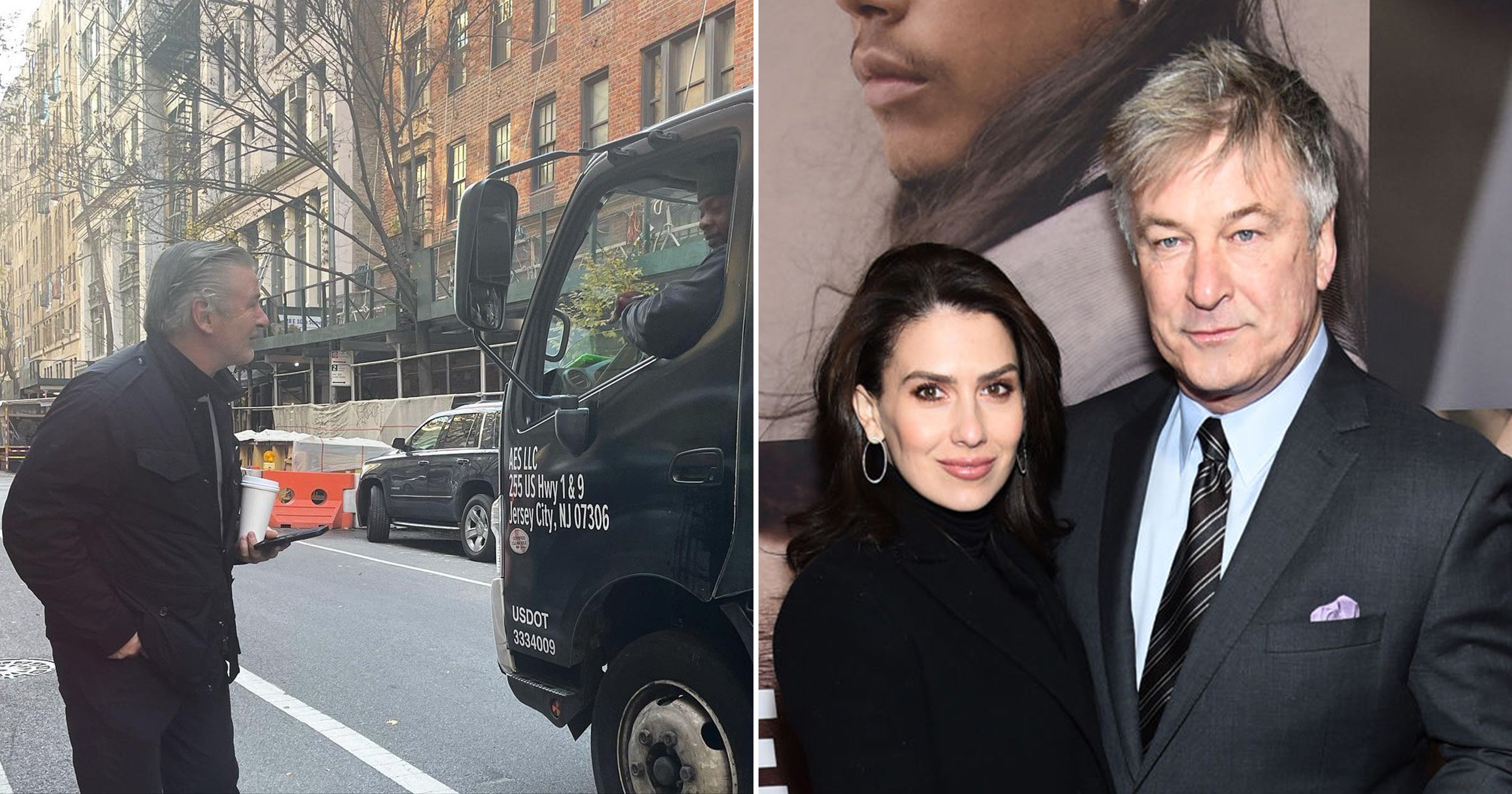 Hilaria Baldwin has thanked passers-by for being ’empathetic’ to her husband Alec after the shooting on the set of Rust, with the actor saying he’s ‘truly grateful’.

Alec has been speaking out after cinematographer Halyna Hutchins was shot on the set of the film Rust after a prop gun containing a live round went off. Alec was holding the gun at the time.

Sharing a photo of her husband speaking to a man driving a truck, Hilaria, 37, wrote: ‘Grateful for people who stop my husband to say they are thinking about him, praying for him, “keep on, Alec”, “hang in there”, “we are here for you”…all of these messages are life changing for him. And also for our whole family.

‘A quick act of kindness means the world to us. Grateful to this superhuman who said he was praying for him today, as he was driving by. Didn’t get your name in our split moment encounter, but you are a special soul with a huge heart 💜.’

Alec, 63, added in the comments: ‘I am truly grateful, whoever you are.’

Following the shooting, which also injured director Joel Souza, Alec said he doesn’t feel ‘guilt’ for what happened because he doesn’t believe he is responsible.

He has been cooperating with detectives amid a police investigation into the incident.

In the wake of the ordeal, questions were raised about the working conditions on set.

However, the actor recently shared an open letter, signed by various cast and crew members, insisting that descriptions of the working conditions as ‘chaotic and dangerous’ are false.

‘Unfortunately, in the film industry, it is common to work on unprofessional or hectic productions to gain experience and credits. Many of us have worked on those types of productions. Rust was not one of them. Rust was professional,’ it read.

Addressing speculation surrounding conditions on set, it continued: ‘We do acknowledge that no set is perfect, and like any production, Rust had areas of brilliance and areas that were more challenging. While we stand firmly with our unions and strongly support the fight for better working conditions across our industry, we do not feel that this set was a representation of the kind of conditions our unions are fighting against.

‘We do support any and all efforts to make film sets safer to work on for all cast, crew and working animals. The descriptions of Rust as a chaotic, dangerous, and exploitative workplace are false and distract from what matters the most: the memory of Halyna Hutchins, and the need to find modern alternatives to outdated industry firearm and safety practices.

‘While it is true that a few crew members quit prior to the accident, the vast majority of us remained, never feeling the need to protest or quit. ‘We were enjoying our workplace. Those disgruntled few do not represent the views of all of us. On Rust, our working hours and wages were fair and consistent with expectations.