Following their wedding in 2018, Prince Harry and Meghan Markle found themselves struggling while living under the monarchy’s rule. The Duke and Duchess of Sussex revealed some of the challenges that they’d been facing in their candid interview with Oprah Winfrey that aired back on March 7. Ultimately, they decided it was best to step down as senior members of the royal family — and move out of the UK. Just after the announcement was made, Harry sat down with Queen Elizabeth, Prince Charles, and Prince William to discuss his options, according to Tatler. During the meeting, called the Sandringham Summit, it is believed that the family worked out the details of Harry’s departure.

And so, in January 2020, Harry and Meghan left the UK and moved to Canada before heading to Los Angeles in March 2020, according to People. Since that time, the Duke and Duchess of Sussex seem to be thriving as they raise their two children, Archie and Lilibet Diana, on their own terms without any pressure from the royal family hanging over their heads. While Harry and Meghan may have led the public to believe that their decision to leave the UK was easy, their friend, journalist Omid Scobie, revealed that the couple had a hard time coming to that decision. “That was harder than they would ever imagined,” he told People magazine.

There is something that happened along the way, however, that reportedly helped Meghan and Harry feel vindicated. Read on for more. 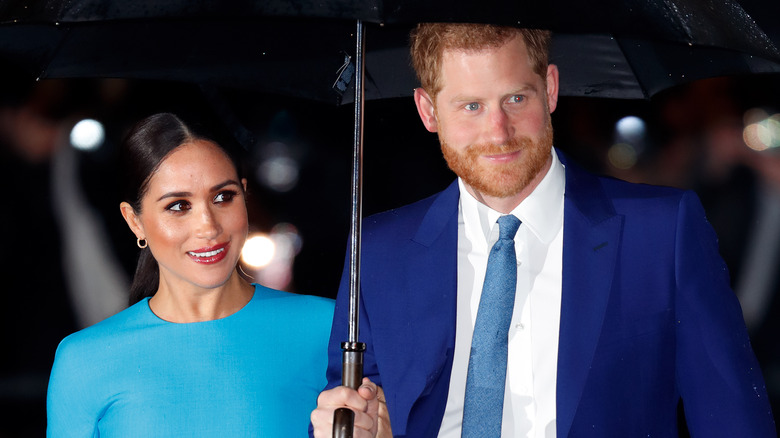 Ahead of their interview with Oprah Winfrey, Prince Harry and Meghan Markle were hit with some bold claims; palace staffers came forward to say that they were bullied by Meghan, according to the Associated Press. The palace launched an investigation into these claims, and the Mirror reported that Meghan was headed for a “brutal showdown” with the palace, as she denied the claims and believed them to be part of a smear campaign against her. As of June, the investigation was said to be delayed, according to The Sunday Times.

While the results of the investigation are still pending, it seems that the bullying claims may have had a different effect on Harry and Meghan. In an updated version of the book “Finding Freedom,” royal authors Omid Scobie and Carolyn Durand revealed that these bullying claims actually made the Duke and Duchess of Sussex feel vindicated in their decision to step down as senior members of the royal family, according to the Daily Beast. “The allegations gave the Sussexes more confidence in their decision to leave the royal family,” a line from the book reads.